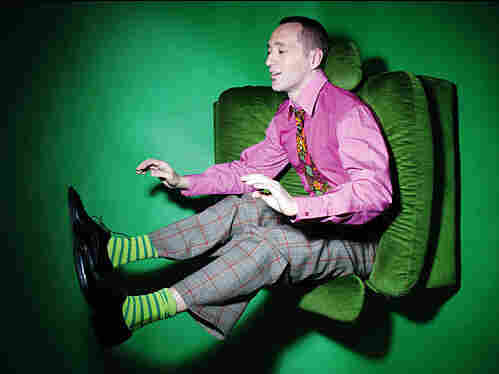 This interview was originally broadcast on July 2, 2008. At the time, Theo Bleckmann was touring the U.S. and Europe in support of his album Berlin: Songs of Love & War, Peace & Exile. His newest album is I Dwell in Possibility.

Avant-garde composer and cabaret singer Theo Bleckmann has been a mainstay on the New York music scene for 15 years.

His album Berlin: Songs of Love & War, Peace & Exile is a tribute to Bleckmann's native Germany and contains a collection of Bertolt Brecht songs, reimagined. Pianist Fumio Yasuda arranged the work, and Philip Glass' muse, Wendy Sutter, played the cello on the record.

Bleckmann has collaborated with John Zorn, Meredith Monk, Laurie Anderson and Anthony Braxton. He remains on the faculty of the Manhattan School of Music, where he specializes in jazz vocals. He has performed at Carnegie Hall and the Sydney Opera House.