Accessibility links
'Boardwalk' Bet: A High-Stakes Saga From HBO The new series is set in Atlantic City in the 1920s — where corruption and organized crime run as freely as the banned booze. Critic David Bianculli is impressed by the cast, which includes Steve Buscemi and Kelly Macdonald, and says the emotionally intense drama is worth adding to your must-see list this fall. 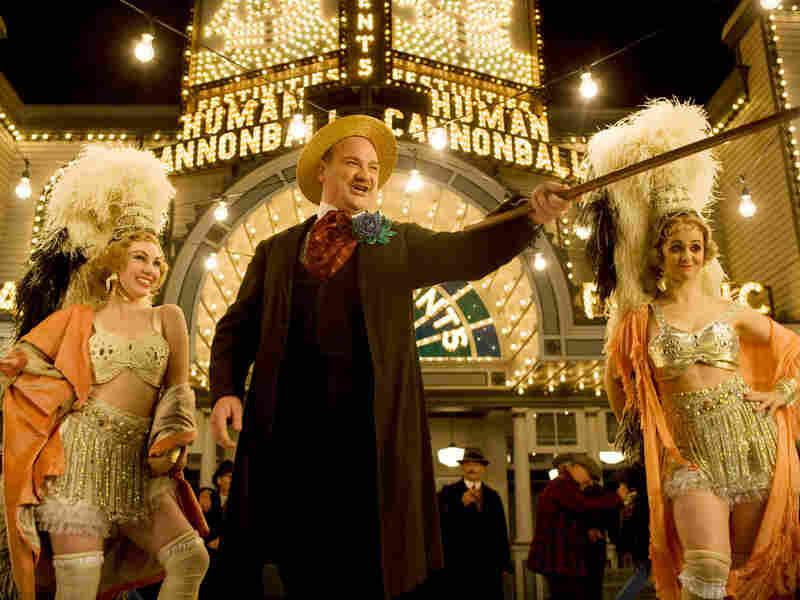 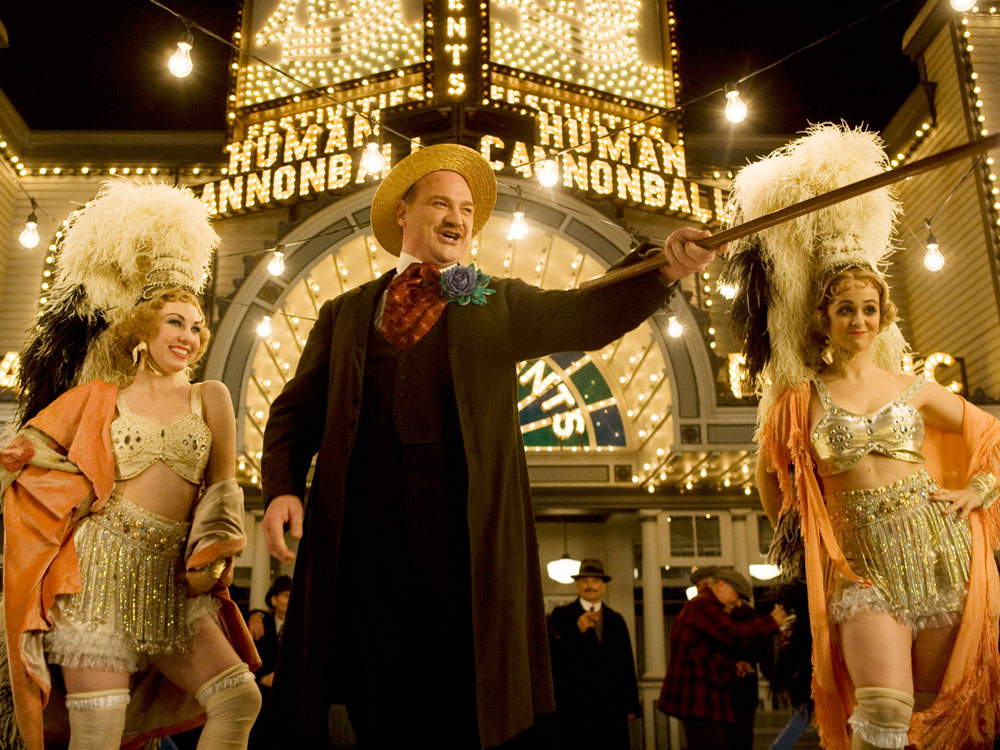 The network that gave us The Sopranos is hoping to prove again that crime does pay, at least so far as subject matter for a weekly series. Set in Atlantic City in the 1920s, Boardwalk Empire starts just before Prohibition, with city movers and shakers holding a huge party and literally counting down the moments until the new national alcohol ban — and the illicit schemes that will keep the booze flowing — will make them even richer.

When you hear that HBO is presenting another drama about the mob, the initial reaction is that the network is ripping off The Sopranos and the many crime films of Martin Scorsese. Except that Boardwalk Empire is created by Terence Winter, who produced and wrote (or co-wrote) dozens of Sopranos episodes — including the classic "Pine Barrens." And the pilot of Boardwalk Empire is directed by Scorsese himself, who's also an executive producer on the series. If anyone has earned the right to explore more of this territory, it's these guys.

Based on Nelson Johnson's nonfiction book about the colorful history of Atlantic City, Boardwalk Empire mixes actual historical characters with invented ones. So we get a young, cocky Al Capone and a corrupt politico named Nucky Thompson, played by Steve Buscemi and based on a real-life Atlantic City power broker named Nucky Johnson — but we also get a wholly invented young thug named Jimmy Darmody, a World War I veteran played by Michael Pitt. Jimmy has returned from the front lines with an itchy trigger finger, and Nucky, who up to now has made his fortune without spilling blood, isn't happy about his employee's violent streak. 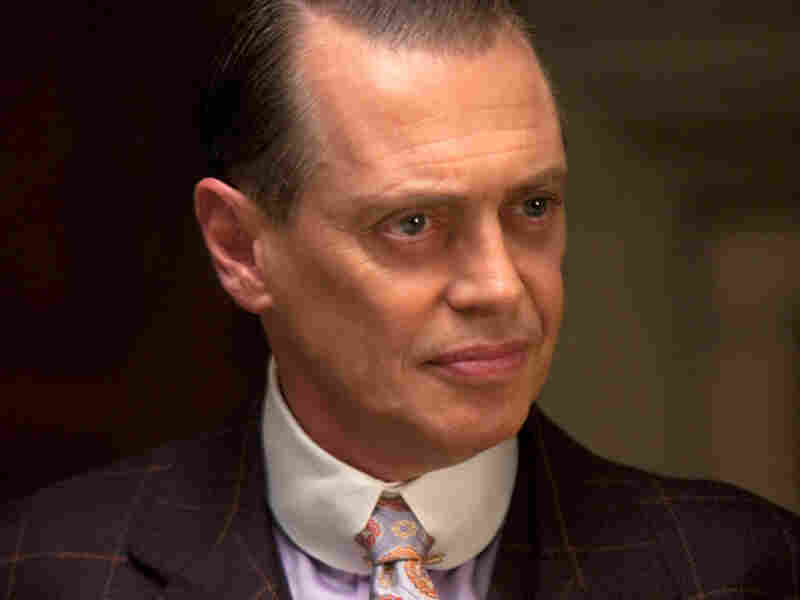 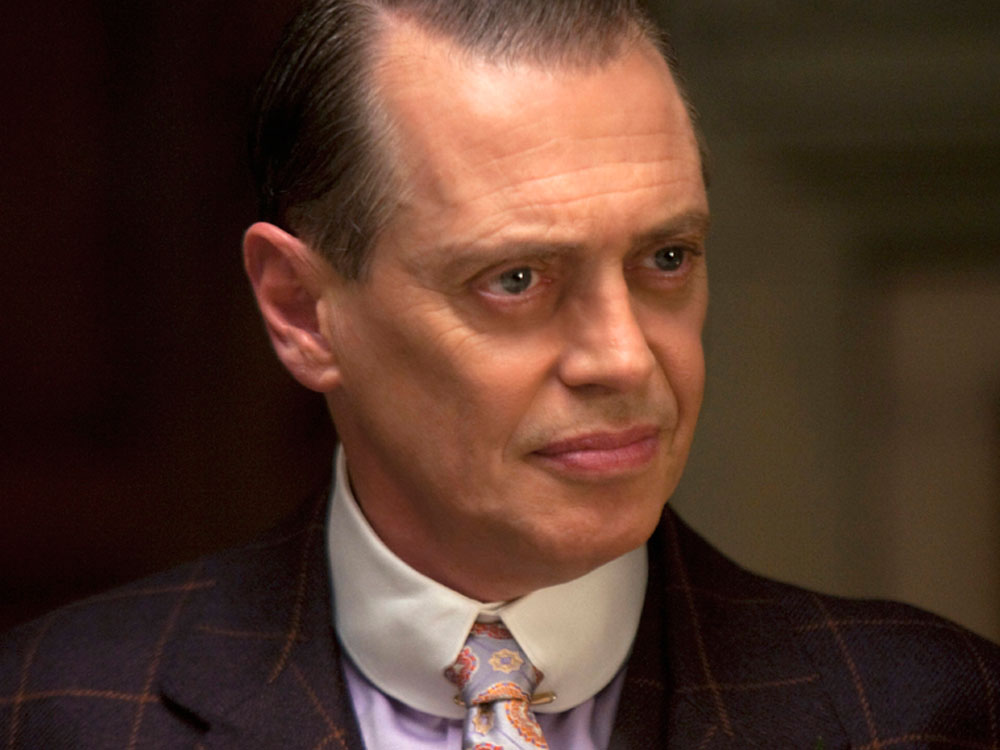 "Are you that stupid?" Nucky says, berating Darmody. "Do you have any idea how in over your head you are? Did I not tell you to slow down?"

"I tried to tell you, I'm not a kid anymore," Darmody sulks.

"And killing?" he says, cursing. "And larceny. That makes you a man?"

"You got brains, kid. You got a future," Nucky says.

"I still got a future," Darmody replies. "We both do."

That's the side of Buscemi we expect to see — the frustrated hothead who has been so entertaining in supporting roles in Fargo, The Big Lebowski and, yes, The Sopranos. But Nucky is a leading role, and Buscemi makes the most of it. Lording over Atlantic City from his suite of rooms at the Ritz-Carlton, he barks orders, ridicules underlings and confronts powerful adversaries.

Yet he's not all business: He has a dumb but spirited mistress, played with all kinds of entertaining zeal by Paz de la Huerta. And very quickly he develops a soft spot for Margaret, a poor pregnant woman who comes to see him after her husband lost all their money gambling. Margaret is played by Kelly Macdonald, and in this new crime series, she's the biggest thief of all, because she positively steals every scene she's in.

You may have been impressed by this young actress in the past; I have, when she starred opposite Bill Nighy in The Girl in the Cafe and co-starred in the original miniseries version of State of Play. But here Macdonald, like Buscemi, vaults herself to a new level.

It takes several episodes — I've seen the first six — for their relationship to evolve into something different, and something potentially dangerous. All of Boardwalk Empire is like that. Think of it as a chess game, where the opening moves establish the positions of various pieces. It takes patience to develop strategies and spring traps, but there's a major payoff. By the third hour, you really care about these people, and that makes the stakes, and the violence, more intense.

In fact, there are scenes in Boardwalk Empire that are unforgettably violent. Not over the top, like a carnage-obsessed video game, but unforgettable for their emotional intensity — like when Roman Polanski sliced Jack Nicholson's nostril in Chinatown. It's Atlantic City, Jake — and it's just as powerful.

Boardwalk Empire, without question, is better than any new series the broadcast networks are serving up this fall. It's the only new show worth adding to your weekly must-see list — and with its visual majesty and period music, it's like nothing else on TV this year. Unlike most things in Atlantic City, Boardwalk Empire is a very good bet.