Accessibility links
Ingrid Betancourt's Six Years In The Jungle The Colombian politician was on her way to a remote village when she was abducted by members of the FARC in 2002. At first she thought she'd be held for only a few weeks — but then six years passed. She says she didn't want to make it easy on her captors despite being tortured, underfed and forced to march through the rain forest. 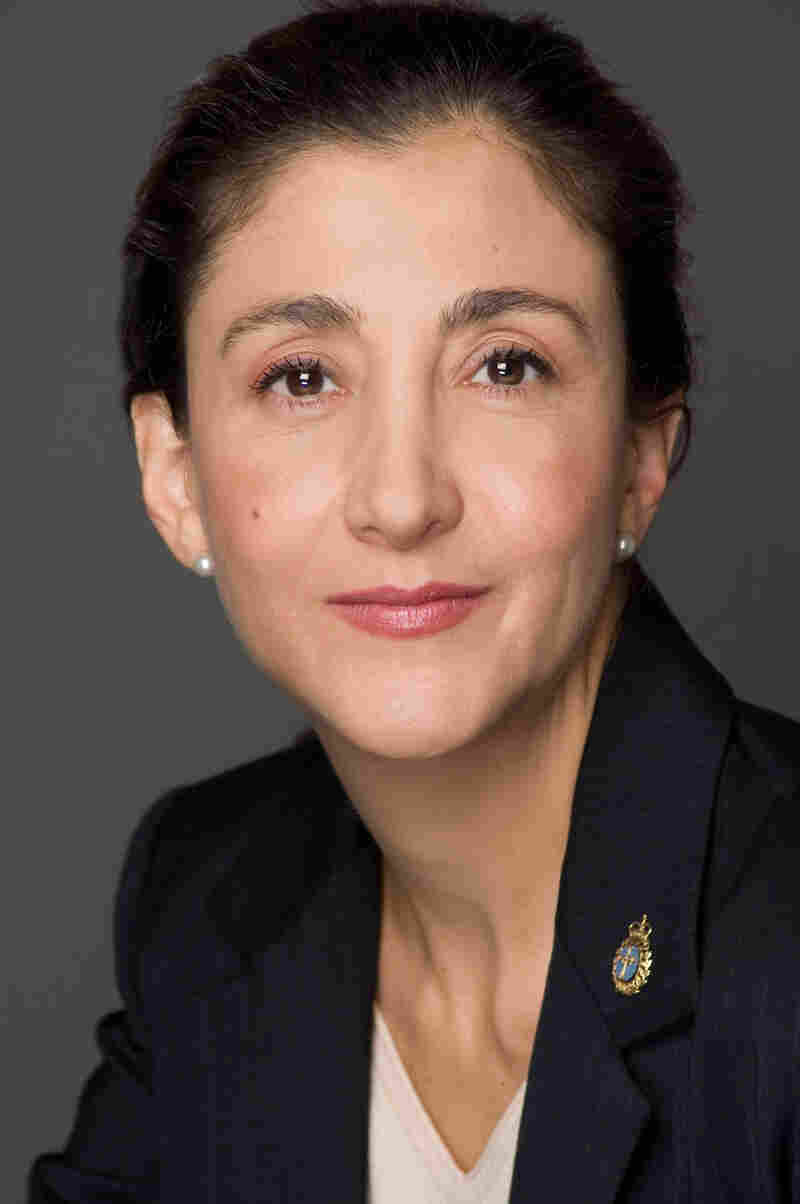 Ingrid Betancourt spent six years in the jungle as a captive of the Revolutionary Armed Forces of Colombia, known as the FARC. Her new book is called Even Silence Has an End. Tess Steinkolk hide caption 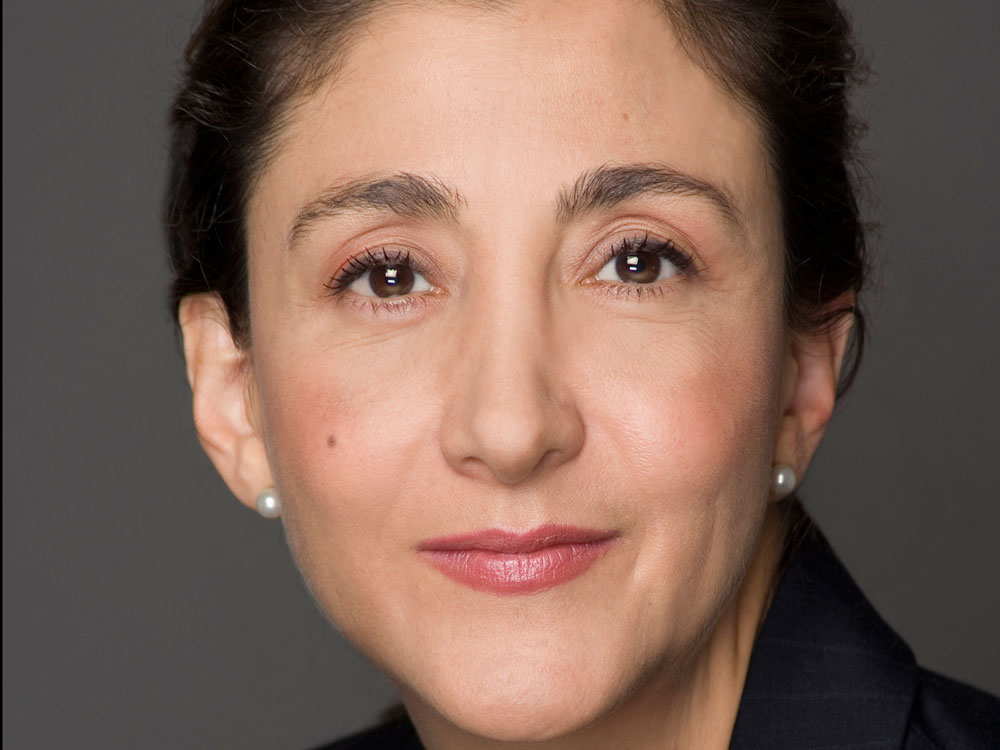 Ingrid Betancourt spent six years in the jungle as a captive of the Revolutionary Armed Forces of Colombia, known as the FARC. Her new book is called Even Silence Has an End.

In 2002, Ingrid Betancourt was campaigning for the presidency of Colombia. En route to a remote village, she was stopped by a group of armed men. Betancourt knew the area was controlled by the FARC, the Revolutionary Armed Forces of Colombia, but thought she could pass through without trouble.

Betancourt was brought deep into the jungle, tortured, underfed and forced to march through the rain forest for six years.

"At the beginning, I thought it was going to be for a couple of weeks," Betancourt tells NPR's Guy Raz. "Then I thought, perhaps a couple of months, because it was just lingering, and I said, 'OK, perhaps till the end of the presidential campaign,' and then when a year went on, I thought, my god, this is a year now?"

She tells the story of her time with the FARC in a new book, Even Silence Has an End: My Six Years of Captivity in the Colombian Jungle.

Betancourt spent most of her time in one main prison camp along with other hostages.

"We were ... confined in a very small space," she says, "surrounded with barbed wire. And in this very confined space, we had to live with people we didn't know, men and women all together."

Betancourt says conflicts were constantly erupting over the shared space, especially the tiny communal bathing area. "I think that the FARC was trying to break the unity of the group ... because they were afraid we could rebel."

That tiny, heavily guarded hostage corral was surrounded by the vastness of the Colombian jungle — a trackless, hostile space that foiled Betancourt's attempts to escape. 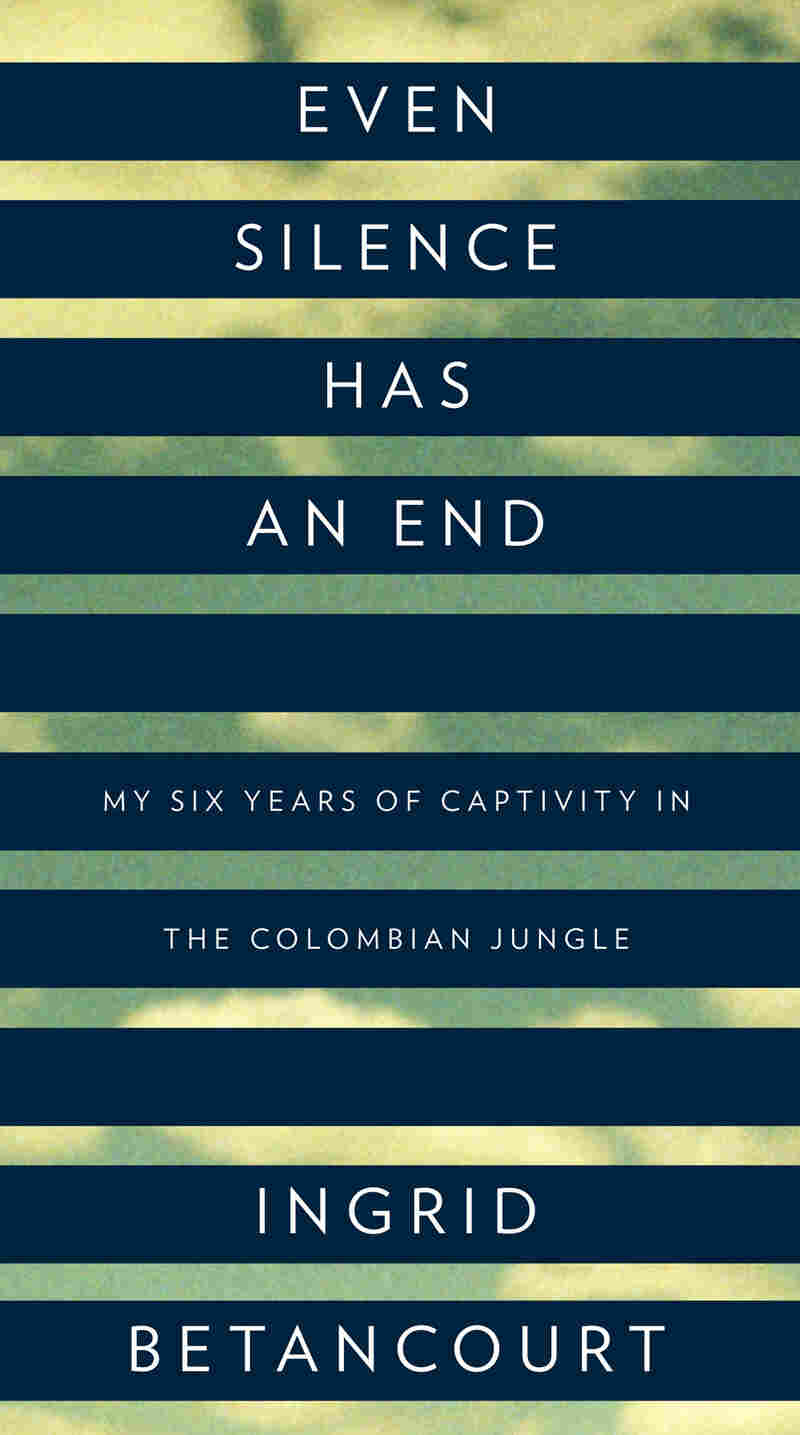 Even Silence Has an End: My Six Years of Captivity in the Colombian Jungle
By Ingrid Betancourt
Hardcover, 544 pages
The Penguin Press
List Price: $29.95
Read An Excerpt

"We discovered that the jungle was another prison," she says. "It was impossible to just get out." But she kept trying, five times in all. And after her fifth attempt, the guards had had enough; they beat her severely and kept her chained by the neck to a tree, 24 hours a day.

"It was agony," Betancourt says. "I was forbidden to talk to my fellow hostages. I was in a position where everything was denied to me, I mean everything. If I wanted to drink some water, I had to ask permission, and when it was raining they could put me out, and I was under the pouring rain with no shelter."

The brutal treatment did not break Betancourt's spirit. Over the six years of her captivity, her fellow hostages learned to adapt. They began to answer to numbers rather than names. They did what they could to survive. But Betancourt remained stubborn.

"I had a problem," she says. "I had this belief that I couldn't just accept to be treated as an object. It was a problem of dignity." She says her fellow hostages saw her behavior as arrogance or troublemaking. "But it wasn't that. It was just that I couldn't accept that they would call us by number, because I thought it would make it easier for them to kill us if they had to kill an object, a number."

Betancourt didn't want to make it easy on her captors, she says. She was fixated on the idea of escaping and returning to her children.

But there were times, Betancourt says, when she thought she'd be stuck in the jungle forever. "The relationship with time changes when you're captive. In the free world, your days pass very quickly because you have so many things to do, and you're in control of your life." But with the FARC, she says, the days were eternal.

"We were always in two extremes: boredom and the anxiety of what could happen. And then, those days that were so long, when we look back at the years piling up behind us so quick, I remember the day I just thought, oh my god, six years have passed by, and it happened so quick."

Betancourt says her time in captivity dispelled any romantic illusions she had about the FARC and their mission. "I am of a generation where we like Che Guevara, you know, the very romantic kind of revolution thing," she says. "And in a way, I thought that the FARC was kind of a romantic rebellion against a system that I didn't like either."

But in captivity, she says she came to realize that the FARC was nothing more than the military wing of Colombia's drug cartels. "It was as corrupt as the system; it wasn't a response to the problems we have in Colombia."

Even Silence Has an End has met with some controversy: Other hostages, including Betancourt's one-time campaign manager and friend, Clara Rojas, have angrily denied some of the stories in the book.

Betancourt says she respects the other hostages' rights to say what they want to say. "Everything I told in my book is only there because it triggered some kind of emotional reaction in me, that I had to make choices, that it meant something in my reflection as a prisoner. But I respect my companions."

None of them were perfect, she says. "I wish we had been, but we were not. But I truly think we were the best we could."

Betancourt and her fellow hostages were rescued in 2008 by the Colombian army. "At that moment, time froze," she says, "because for so many years you've been confronted by your horrible fate. ... I remember that I screamed, and it was a scream like a beast scream, and I'm not sure if the scream was of joy or of fear ... because it was like the end of one life and the beginning of a new one. And what was that new one coming?"

Betancourt says she made some immediate decisions about her new life: First, she would wear perfume every day; second, she would never deny herself the opportunity to eat cake.

"I promised to have ice cream in my diet, and I promised to change my priorities," she says. In the jungle, one of the few books Betancourt had access to was the Bible, and she read it over and over again. One passage stuck out: "It says that when you cross the valley of tears, and you arrive to the oasis, the reward of God is not success, it's not money, it's not admiration or fame, it's not power. His reward is rest. So that's what I want for me now."

Excerpt: Even Silence Has An End

Even Silence Has An End: My Six Years in the Colombian Jungle
By Ingrid Betancourt
Hardcover. 544 pages
The Penguin Press
List price: $29.95

Painfully, I tore myself away from the light, turned on my heels, and plunged into the thick matted darkness. It had begun to rain again. It was difficult to walk; every other step I tripped. I had my hands out in front of me to avoid obstacles. I couldn’t see a thing. I hadn’t managed to get hold of a machete, but I did have a flashlight. The risk involved in using it was as great as the fear that prevented me from using it. I went slowly into this threatening space and told myself I would switch it on only when I couldn’t take it anymore. My hands collided with wet, rough, sticky surfaces, and I expected at any moment to feel the burn of some violent poison. The storm was raging. I could hear the thundering of the rain pounding on the canopy of vegetation that for a few more minutes would protect me. I expected the fragile roof of leaves to yield and open under the weight of water at any moment. The prospect of the flood that would soon submerge me made my situation all the more distressing. I no longer knew whether it was raindrops or my own tears that were flowing down my cheeks, and I hated to have to drag along this relic of a sniveling, shivering child, when I knew that I couldn’t allow myself any weakness.

I had already made considerable headway. A bolt of lightning tore through the forest, landing a few yards away from me. In a burst of light, the space around me was revealed in all its horror. I was surrounded by gigantic trees and was only two steps from falling into a ravine. I stopped short, totally blinded. I squatted to catch my breath among the roots of the tree just there before me. I was on the verge of finally taking out my flashlight so that I could go around the tree that I was leaning against, immediately change direction, and get away from the ditch, when in the distance I noticed intermittent flashes of light headed my way. I could hear their voices now. They were coming after me, and they must be very near, because I heard one of them shout that he had already seen me. I camouflaged myself among the roots of my old tree while praying to the Lord to make me invisible. 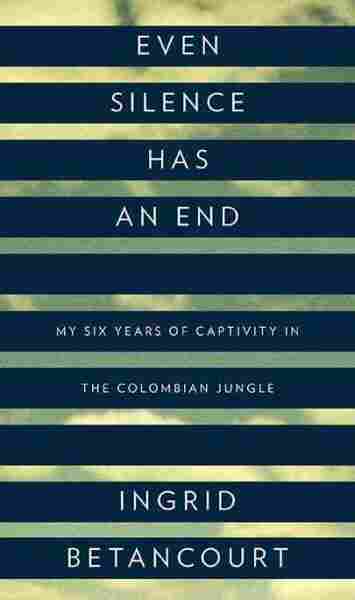 Even Silence Has an End

Six Years of Captivity in the Colombian Jungle