Accessibility links
Mohammad Reza Shajarian: Protest Through Poetry The Iranian singer is the country's most famous protest singer — even though, strictly speaking, his songs don't directly denounce the government at all. 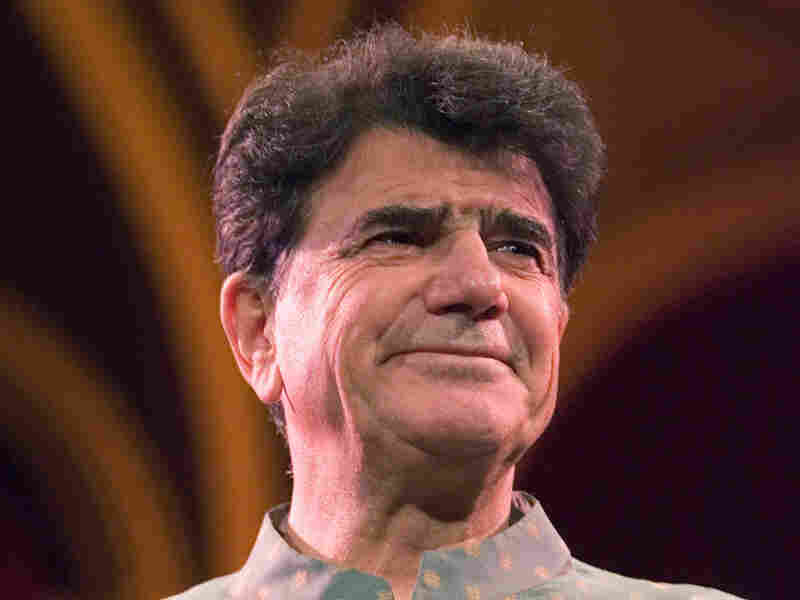 Iran's Mohammad Reza Shajarian, a superstar of Persian classical music, walks onstage to perform with his son Homayoun and the Ava Ensemble to a largely Iranian audience at the Orpheum Theater in Vancouver, British Columbia, in 2008. Heinz Ruckemann/UPI Photo / Landov hide caption 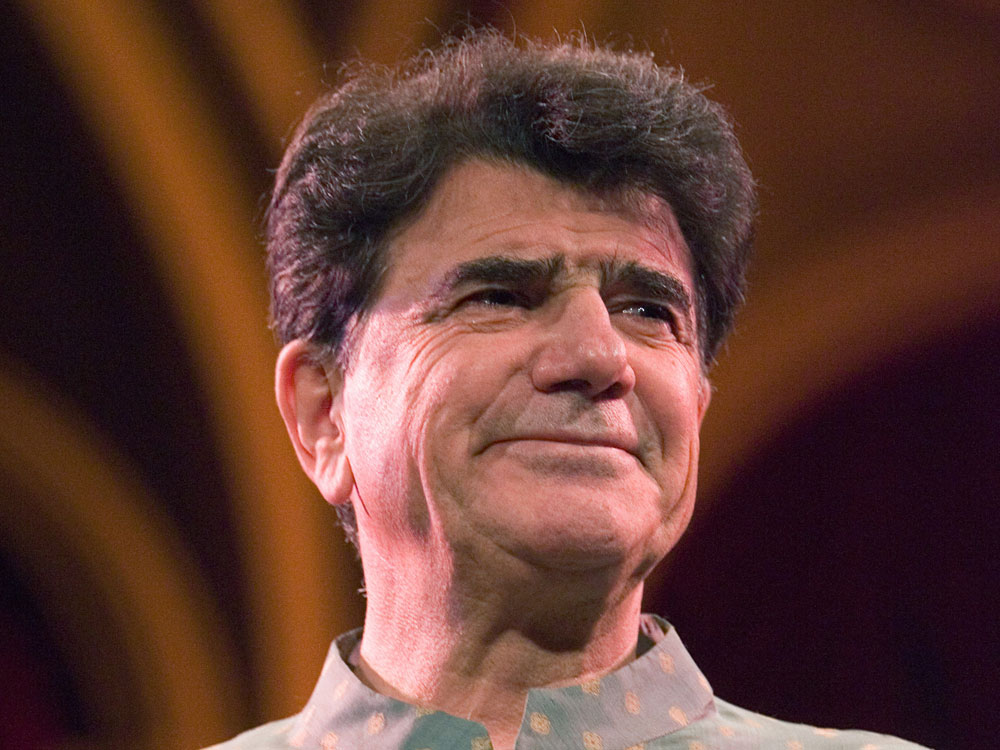 Iran's Mohammad Reza Shajarian, a superstar of Persian classical music, walks onstage to perform with his son Homayoun and the Ava Ensemble to a largely Iranian audience at the Orpheum Theater in Vancouver, British Columbia, in 2008.

Mohammad Reza Shajarian may be the most famous singer in all of Iran.

He's also Iran's most famous protest singer — even though, strictly speaking, his music doesn't directly protest the government at all.

Just before they end their fast each day during the Muslim holy month of Ramadan, many Iranians or people of Iranian descent around the world listen to a prayer sung by Shajarian.

"It has such power, and the power of it has virtually nothing to do with the words," says Iranian-American scholar Abbas Milani. When Milani hears Shajarian's recording of the prayer, it transports him back to his youth in Iran.

"When I still hear it, I get a chill to my bone and think that this is not the voice of a mere mortal — this is the gods speaking to us."

Iranians heard Shajarian's voice on the radio for decades — and then, suddenly, the music stopped. Shajarian, protesting a crackdown on voters after last year's disputed election, asked that the government cease broadcasting his songs.

To understand how he got away with that, it helps to understand just how he became a famous singer.

Shajarian was born in 1940, in Mashhad, a city in northeastern Iran. An enormous shrine to a Shiite Muslim saint dominates the city. It's a conservative place, where Shajarian sang recitations from the Quran as a child.

Yet he was discouraged from listening to the traditional Persian music that would later make him famous.

"My dad used to say that it's haram, it's forbidden," Shajarian told NPR's Steve Inskeep through an interpreter at the conclusion of his North American tour this past spring. Shajarian said he would listen to music at his uncle's house. "He played tar [a traditional, long-necked lute], and really enjoyed music. So when I went to his house, we both listened to the radio."

After he grew up, Shajarian gave new life to centuries-old Persian songs. He studied with old masters, and he designed new instruments, which he made with his own hands. His lyrics are often drawn from old Persian poems. Yet Milani, head of Stanford University's Iranian Studies program, says that in recent years, his songs have taken on new meanings.

"He ends every concert with 'Morghe Sahar — Bird of Dawning', and it really brings the audience to their feet," says Milani.

The song starts with a call for the bird to begin its lament. "And by the end of the song," Milani says, "it is asking the bird to sing, so night of oppression can come to an end, and the day of liberation can begin. And there has developed a kind of metaphoric language. Night is invariably understood to mean despotism; winter is cold days of oppression. And this song uses virtually all of these now well-known metaphoric words to ask for the rise of day of freedom and end to the night of oppression."

"Iranian literature is primarily poetry," explains Milani. "And Shajarian is a master of this literature and knows exactly what lines from which poems could be used at what moment in history. He says if you follow my songs, you can almost write the history of the last 40 years."

As a recent example, Milani points to a song that Shajarian recorded after the regime began its crackdown last year.

"He sang this song ["Language of Fire"] from a poet that was kind of a Perry Como of Iranian poetry," says Milani. "If there were Hallmark cards [in Iran], his poetry would likely be a candidate to be on those Hallmark cards. And he picked one of this guy's songs and rendered it into a virtual manifesto of that peaceful, democratic movement."

The song begins: Lay down your gun, as I hate this very abnormal shedding of blood. The gun in your hand speaks the language of fire and iron.

Iranian authorities have yet to stop Shajarian. His songs don't actually denounce the government — he's just singing classical poetry, of which many Iranians are so proud.

He also happens to know a very important person. He grew up in the same town as Iran's supreme leader, Ayatollah Ali Khamenei.

Milani says the two men have a complicated relationship. Shajarian has been vocal about his disapproval of the direction of the Islamic Revolution.

"He has made it particularly clear since last June's contested election, letting it be known that he is, as he says himself, the voice of the people, and does not want his music to be used to justify oppression. And I think he hasn't been arrested because he is now an international figure, and the regime figures that it will pay a very, very heavy political cost for it."

And so Shajarian goes on singing, though he rarely gives concerts in Iran. His recent North American tour sold out practically every venue.

He says he likes to have the house lights on when he's singing so he can see the expressions on people's faces. "It's more of a wave that comes toward me, and I feel that wave, and I try to give it back to them — that energy."