Accessibility links
Finding Support For Children With Disabilities Parents of children with severe disabilities have many challenges and concerns. One big worry: Who will care for their children after the parents are gone? A Canadian organization creates plans for future care so parents can have peace of mind. 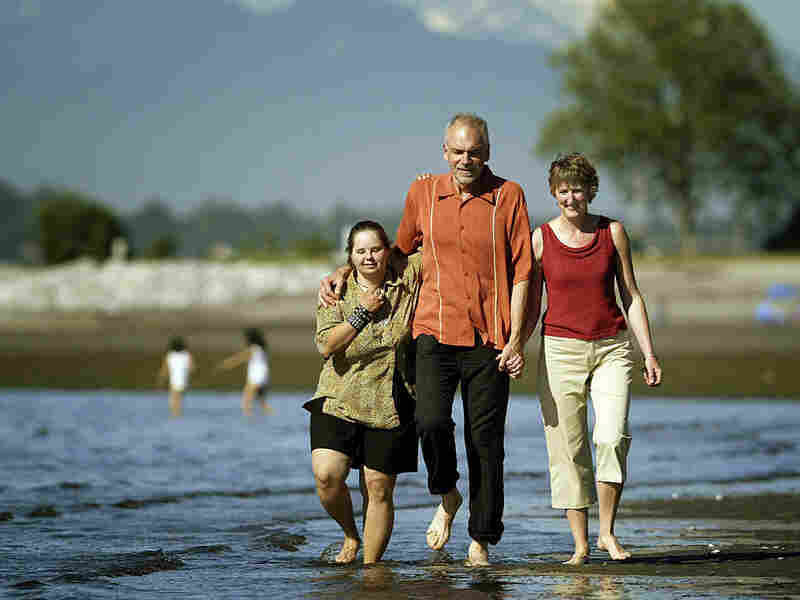 Liz Etmanski (from left) and PLAN co-founders Al Etmanski and Vickie Cammack take a stroll on a beach in Vancouver, British Columbia. Courtesy of the Etmanski and Cammack family hide caption

toggle caption
Courtesy of the Etmanski and Cammack family 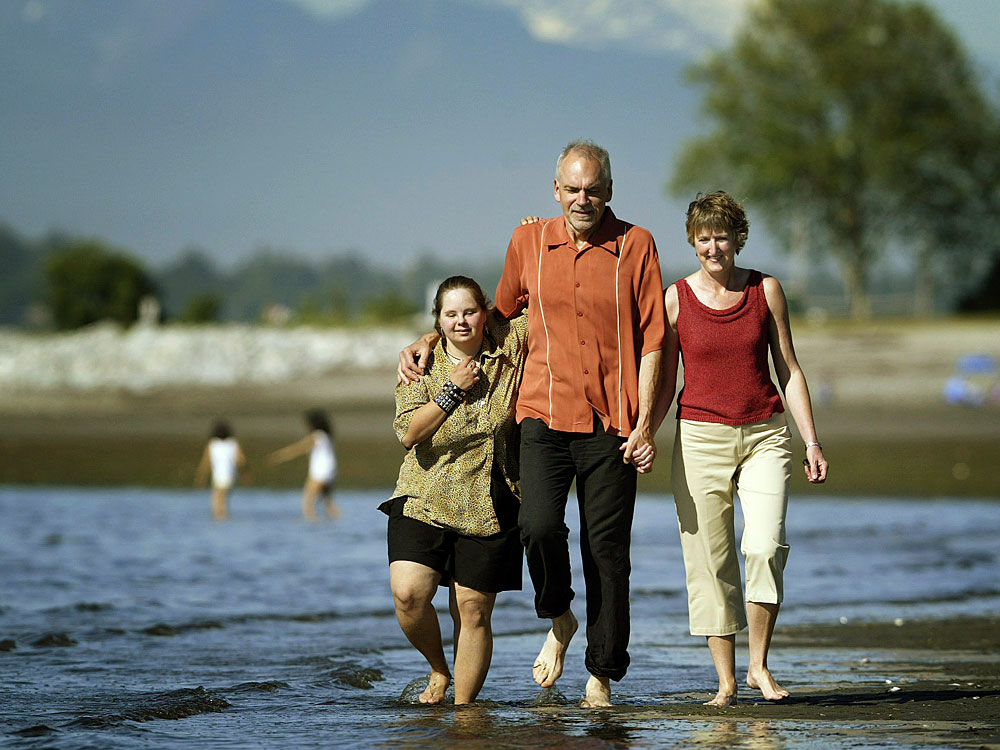 Liz Etmanski (from left) and PLAN co-founders Al Etmanski and Vickie Cammack take a stroll on a beach in Vancouver, British Columbia.

Courtesy of the Etmanski and Cammack family

Part of an occasional series on social entrepreneurs

Parents of children with severe disabilities have many challenges and concerns. One big worry is who will care for their children after the parents are gone.

Al Etmanski is a veteran community activist, and after his daughter Liz was born with Down syndrome, he turned his attention to the needs of those with disabilities and their families. Etmanski was feeling pretty good about the work he was doing in Vancouver, British Columbia, until he was approached by three men at a party. All were in their 70s and had children with disabilities.

Etmanski says the men told him they were pleased with his work helping younger parents. But they asked: "What about us?"

Etmanski wasn't sure precisely what they meant.

The men told him their adult children were OK now, but they were worried about what would happen to their children in the future. Existing programs and services wouldn't keep their children safe, they said.

Etmanski says the older parents told him: "We want people to be our eyes and ears and arms and legs when we are not around. We do all kinds of things that paid staff don't do. And who is going to look after our kids when we are gone?"

Their concerns resonated with Etmanski and he — along with about a dozen other parents — began thinking about how to address the issue. It was a relatively new problem, because in the past, children with disabilities didn't usually outlive their parents.

That conversation took place more than 20 years ago and led to the creation of a nonprofit organization called the Planned Lifetime Advocacy Network, or PLAN. Etmanski is the organization's president.

Its cramped labyrinth of offices on the outskirts of Vancouver house not a charity but a revenue-producing social enterprise — one that's turned many of the traditional approaches to disabilities on their head.

For example, instead of asking families, "What services does your son or daughter need?" PLAN asks "What would constitute a good life?" The answer almost always revolves around money and friends, Etmanski says.

"The two biggest handicaps people with disabilities have are (1) — social isolation and loneliness, and (2) — poverty," he says.

PLAN systematically addresses both. It helps to set up and nurture long-term support networks for individuals. And, after a campaign lasting the better part of a decade, the group persuaded the Canadian government to allow families to set up innovative, tax-deferred savings plans for those with disabilities.

"I call it leveling the playing field and giving parents a way to put money aside for a child with a disability. [It's] the same as if a child was going to a university," he says. "In the past, if Erin had any extra money she would lose her disability payments. So, this is a way she will not be living at the poverty line."

With contributions from family, friends and government matching funds, an individual could amass a nest egg of hundreds of thousands of dollars.

Canadian officials project that in five years $500 million will be in these accounts. It's money that individuals with disabilities didn't have before.

But PLAN says money alone isn't enough. Networks of friends are also critical. The women in Erin Tesan's network visit her and take her on outings. But they also gather collectively to discuss her short- and long-term wishes and needs.

"We all know what Erin is involved with — what's going on in her life — and we all know one another," says Sara Fretheim, a Ph.D. student who is a member of Erin's network. "So if we were called upon to make some decisions for Erin we would know who we are coming together with. We know what Erin's hopes and wishes would be; we know what Pat and Ric's wishes would be."

Pat Tesan says the network also knows what financial plans are in place and how to implement them. "Knowing that Erin's network is in place — even if it changes over the years, knowing that there are people who love her, knowing they have our family history [and] what our plans are for the future, knowing that is all in place — it means peace of mind."

And that's what those parents were looking for two decades ago.

PLAN's approach to financial security and supportive networks has sparked a lot of interest from Europe, Australia, New Zealand and the United States.

Parents generally pay PLAN membership fees and fees for services. It's part of the organization's businesslike, even entrepreneurial approach to funding its work. A for-profit spinoff called Tyze has taken the concept of supportive networks online. PLAN is its major shareholder.

PLAN has developed revenue-sharing partnerships with Canada's largest bank and other companies that are beginning to see individuals with disabilities not as charity cases, but as consumers with buying power.

"We are not the caboose," says Matthew Quetton, the CEO of PLAN. "We are not a bunch of leftovers. We are very, very vibrant economic agents."