Accessibility links
Kitty Wells: The Queen Of Country Music Starting in the 1950s, Wells recorded hit after hit at a time when women didn't have hits in country music. When she performed, Wells delivered the goods with a country twang and a supple, powerful voice that reached right to the back of the house. She died Monday at the age of 92. 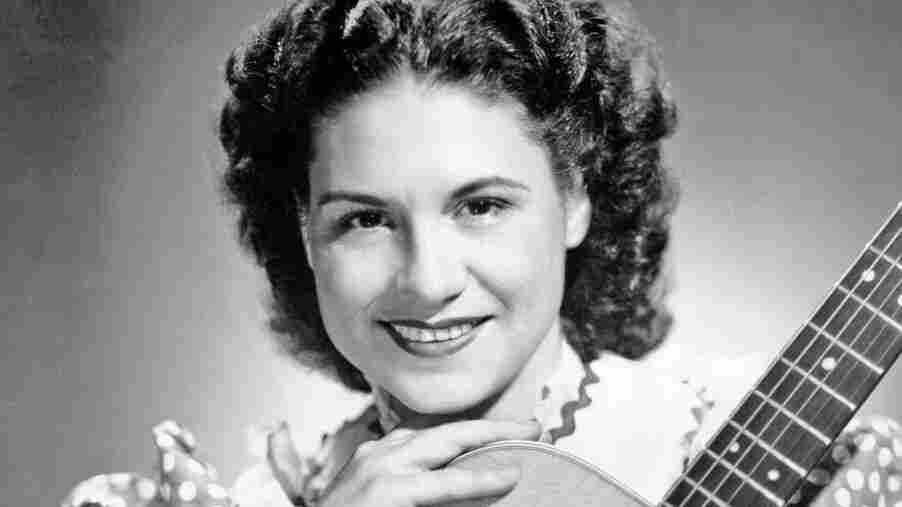 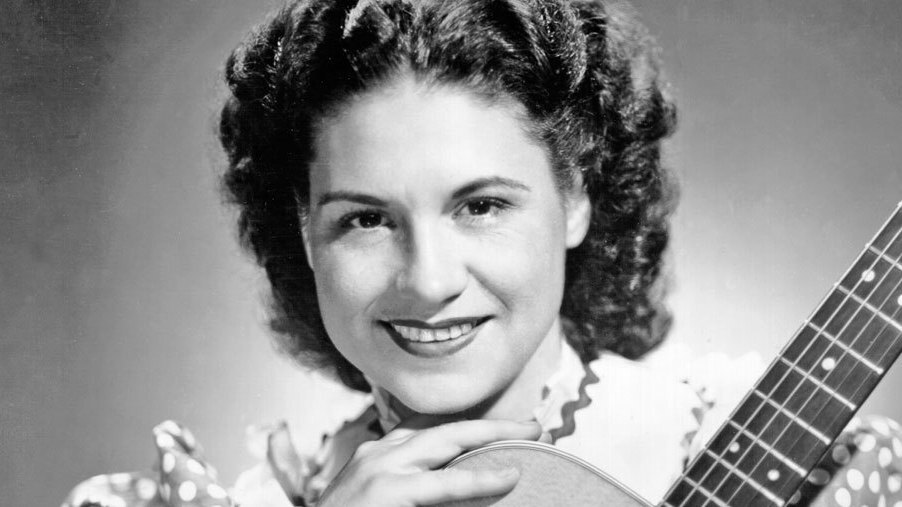 Kitty Wells, who paved the way for women in country music and was known as the "Queen of Country," died July 16, 2012. She was 92. NPR Music remembers Wells with a story from the 50 Great Voices series.

Starting in the 1950s, Kitty Wells, known as "The Queen of Country Music," recorded hit after hit at a time when women didn't have hits in country music. When she performed, Wells delivered the goods with a country twang and a supple, powerful voice that reached right to the back of the house.

"What I love about Kitty's voice is the sort of pent-up intensity in it," says Robert Oermann who, with Mary Bufwack, wrote Finding Her Voice: Women in Country Music. "It's like she's very private and very intense, but at the same time very penetrating."

This penetrating voice was only part of the reason that Wells was able to rise as a country star. Bufwack explains that the content of her songs was an equally important part of her appeal.

"This postwar era is when a lot of Southerners are moving around. They're nostalgic for some of the roots of home, so she carried the tradition of the South with her," she says. "At the same time, the contents — very updated to the current experience of people."

Wells was not the first female country singer — there had been others from Chicago, Atlanta and the West Coast. But Oermann explains that for Wells to come out of Nashville was extraordinary, because women were regularly pushed to the background in the South at the time.

"They had all these weird rules, like you couldn't play two female records back to back; women couldn't headline concerts," he says.

"Kitty would also tell you that there weren't many songs being written for women at the time," adds Bufwack. "More evidence that there was no encouragement for women to step forward and really be the stars."

Maybe the most famous song Wells ever recorded, "Release Me," fell into the category of "cheating songs."

"After World War II, country music topics broadened considerably," Oermann says. "Prior to the war, country [music] was very much home and hearth and religion. After the war came drinking songs and what are called cheating songs, which are songs of adultery."

She recorded "It Wasn't God Who Made Honky Tonk Angels" as a response to a "cheating song" from Hank Thompson. In Thompson's song, he sings: "I didn't know God made honky tonk angels" — to which Wells responded, God didn't — you did: "Too many times, married men think they're still single / That has caused many a good girl to go wrong."

Wells' influence cannot be overstated. Oermann and Bufwack point to contemporary country stars like Emmylou Harris, Pam Tillis, Patty Loveless and Lee Ann Womack as examples of women who are carrying on the tradition set by Wells.

Oermann says, "Any Southern female country singer is going to be influenced — there's just no question about that."