Accessibility links
In Election Ads, Democrats Silent On New Health Law Most of the noise about the new health law on the campaign trail is coming from opponents.

"This is a big f- - -ing deal," Vice President Biden famously whispered to President Obama as the chief executive prepared to sign the new health law back in March. 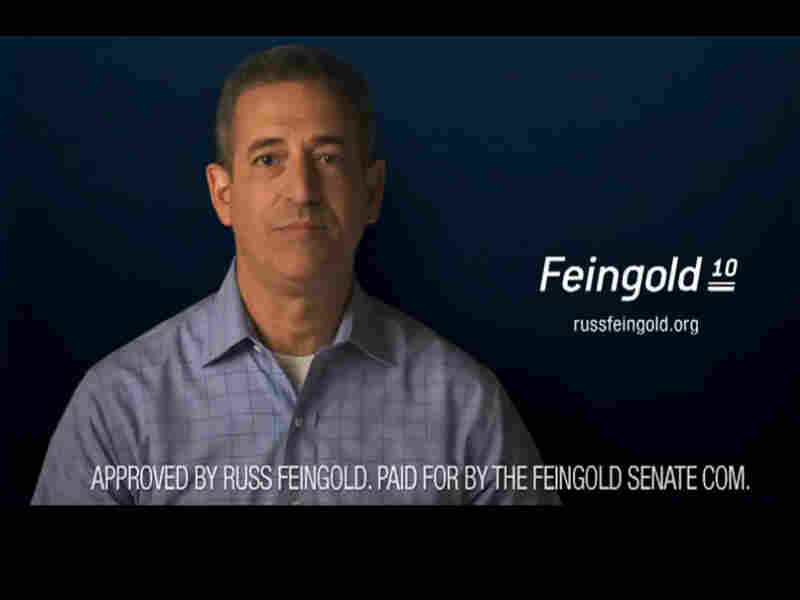 Wisconsin Sen. Russ Feingold has been running an ad featuring his support for provisions of the health law that guarantee children coverage even if they have pre-existing health problems. www.russfeingold.org hide caption 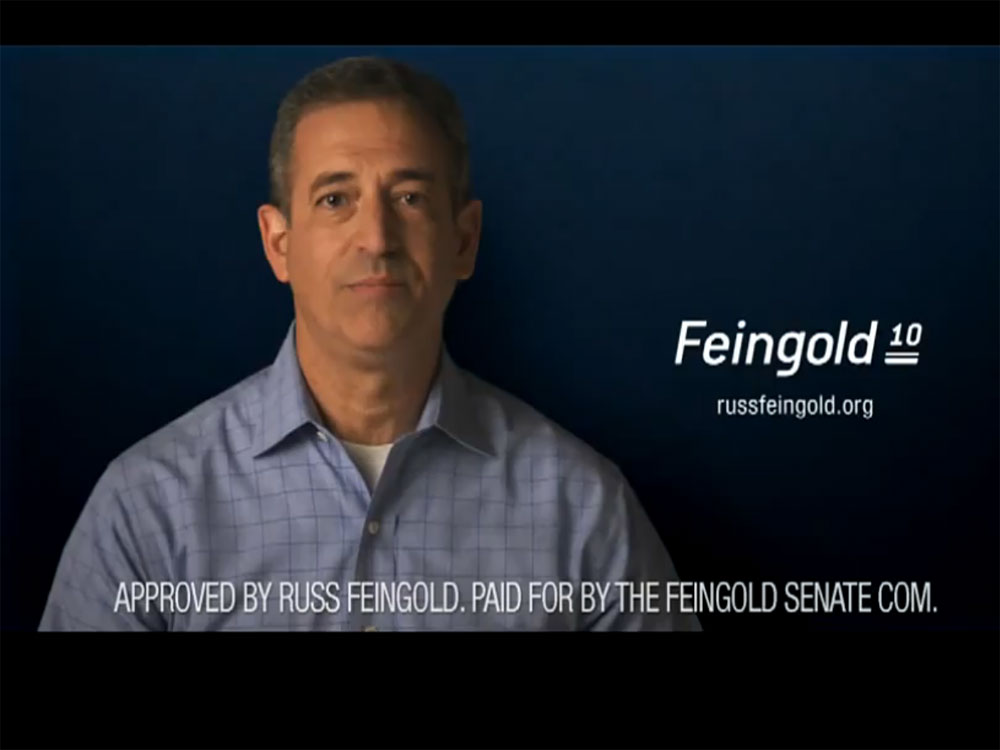 Wisconsin Sen. Russ Feingold has been running an ad featuring his support for provisions of the health law that guarantee children coverage even if they have pre-existing health problems.

But you might not know that listening to Democrats on the campaign trail this fall. Ads touting the new law are mostly being run by opponents of the measure as they try to feed on its more unpopular aspects, particularly the requirement that nearly all Americans have insurance starting in 2014.

Consider one ad, being run in the districts of some vulnerable Democrats by a group called Revere America, headed by former New York GOP Gov. George Pataki: "Costs will go up; care will go down. Longer waits in doctors' offices," the narrator in the ad says over ominous music. "It's a plan we didn't want and don't need. But she voted for it anyway."

Geoff Garin, a Democratic pollster and president of Peter D. Hart Research Associates, says he's not that surprised at the relative dearth of Democrats talking health this fall. "I think the controversy over the health care reform law has made a lot of Democrats nervous and gun-shy, and probably more than they ought to be," he says. "There are some people who don't even want to raise the topic of health care for fear of getting into a debate over the health care law."

But Garin says Democrats may be backing off too much.

"There are some aspects of that law that the voters really support and don't want to ... have taken away from them," he says. For example, "the provisions relating to pre-existing conditions coverage or preventive care or additional help for seniors with their prescription coverage. Those are good debates to be in if you're a Democrat over those kinds of issues."

And at least some Democrats are taking up the cause. Wisconsin Sen. Russ Feingold, for example, who is locked in a closer-than-expected race for re-election against Republican Ron Johnson, has been running an ad featuring his support for provisions of the health law that guarantee children coverage even if they have pre-existing health problems.

Meanwhile, his opponent says the law "would put insurance companies back in control, letting them raise premiums or increase our costs whenever they want."

Another embattled Democrat, North Dakota Rep. Earl Pomeroy, is also focusing on the health law, but from a slightly different perspective. Pomeroy's ad notes that he made sure before he voted for the health bill that it "protected North Dakota, improved Medicare and kept our rural hospitals open."

Long Island Democratic Rep. Steve Israel, meanwhile, is taking a different tack altogether, casting the health issue as part of a bigger "us vs. them" theme. His ad simultaneously takes on big health insurance companies and oil giant BP: "It's why I'm fighting to increase the liability cap on BP, so they pay the full cost of their mess," he says, as well as "stop insurance company abuses like denying people with pre-existing conditions."

What Israel is doing is what more Democrats should be doing, says Ethan Rome. He's a longtime Democratic strategist who now heads the group Health Care for America Now. "It's not about one issue," Rome says. "It's about which side are you on? Are you for working families or are you for the big corporations?"

On TV And On The Stump

Still, Democratic pollster Geoff Garin worries that Democrats may be shying away from an issue where they've long held the political high ground.

"Health care is an important issue before the voters, and it seems mistaken for Democrats to simply vacate the field on all of this," Garin says.

Garin also says some Democrats may have an opening with Republicans who have overplayed the health card by calling for full repeal of the new law — the popular as well as the unpopular elements it contains.