Accessibility links
Praise For Songwriters P.F. Sloan And Steve Barri Sloan and Barri were the songwriters behind "Eve of Destruction" and wrote hits for Herman's Hermits, The Mamas and the Papas and The Turtles. Critic Ed Ward examines their career and their many successful songs. 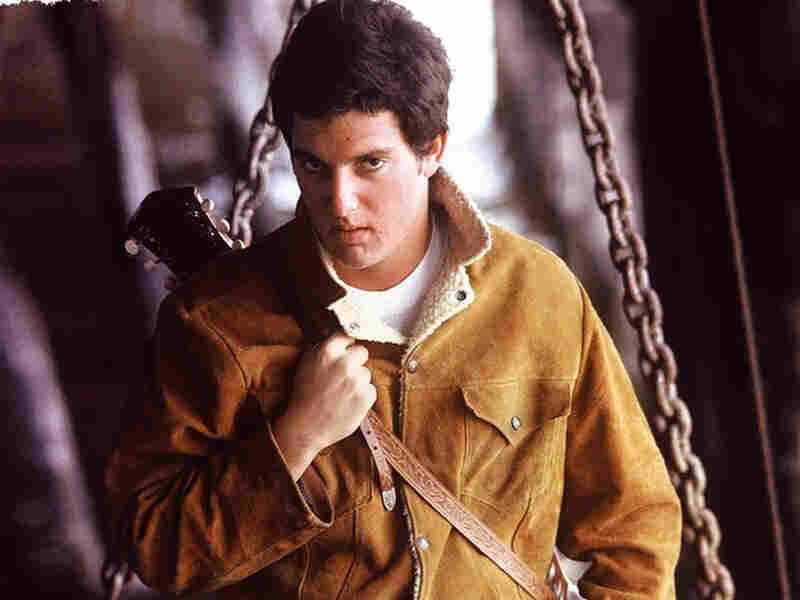 P.F Sloan on the cover of Here's Where I Belong. hide caption

The Fantastic Baggys had their brief moment in surf music history with "Tell 'Em I'm Surfin'," a well-made if unsuccessful song. If it sounds familiar, it should: The song was re-cut by Jan & Dean. In fact, the Baggys didn't even exist: They were just another manifestation of the songwriting team of Phil Sloan and Steve Barri, who'd been thrown together by the West Coast office of Screen Gems Music to write follow-ups to hits. They'd already made records as the Lifeguards, Willie & The Wheels, Themes Inc., and several other groups, and Lou Adler, their boss, had faith in them.

Sloan was born Phil Schlein in 1945, and Steve Barri was born Steve Lipkin in 1942. But although they were both New Yorkers, their parents moved their families to Los Angeles, where Sloan started writing and recording songs for small labels and Barri got a job in a music store, where he heard lots of records and learned some guitar chords. Sloan was Screen Gems' token teenager, and as well as writing songs, he was supposed to listen to records. In 1963, a British guy named Brian Epstein sent him some records by a group called The Beatles, and he was floored. Adler tossed them, at which point Sloan offered to buy them from him. Adler was impressed enough to get on the phone with Vee-Jay Records, who wound up buying the rights.

In 1965, Sloan had another revelation: Bob Dylan. The kind of formulaic songwriting Screen Gems produced was over, and a new day had arrived. Sloan sat down and wrote a bunch of new songs, one of which, "Take Me for What I'm Worth," was immediately recorded by a band from Liverpool called The Searchers.

At this point, Lou Adler saw what was happening and left Screen Gems to set up the Dunhill label and music publishing firm, offering Sloan and Barri double their present salaries to come work for him. Sure enough, one of their first efforts was another fake band, The Grass Roots, which had a big West Coast hit with its first record, "Where Were You When I Needed You?" 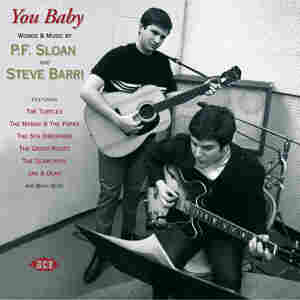 But another artist on Dunhill didn't need a fake name. Sloan's discovery of Dylan was pushing him further from pop and closer to what he called "people's music." In 1965, Dunhill released the first album by P.F. Sloan, Songs of Our Times, which included "Eve of Destruction," a track he'd written for a former member of the New Christy Minstrels.

"Eve of Destruction" was a No. 1 hit for Barry McGuire, while Sloan's version stayed on his album. And, while the McGuire record was banned by many radio stations, "Sins of a Family," the single Sloan released, was banned by almost all of them.

Dunhill packed Sloan and McGuire off to tour England, where both records had taken off, and when Sloan returned, he saw things differently. The kids wanted protest music, he'd decided, but in America, The Man was keeping it from them.

In retrospect, though, it looks a little different. "Eve of Destruction" didn't really have a viewpoint, and "Sins of a Family" clubs you over the head with one. What Phil Sloan and Steve Barri did best was pop, and throughout 1966, they wrote hits for Herman's Hermits, The Mamas and the Papas and The Turtles. But eventually, Sloan simply walked out and disappeared. For years, all people knew of him was his name, thanks to a song by Jimmy Webb, whom he'd helped get started in the songwriting business. Steve Barri kept producing for Warner Bros. and Motown, and Sloan reappeared with an album in 2006 and has done some touring. But the last great song factory in L.A. was closed.