Accessibility links
Signs Of Traction In Fight Against Afghan Taliban Officials say it's too early to measure the effect of 32,000 extra U.S. troops that arrived this summer. But recently, voices from Kabul have started to push the message that Afghan and coalition forces have begun turning back the Taliban's momentum.

With autumn settling in, it's the end of another season in Afghanistan — the fighting season.

U.S. officials regularly caution that it's too early to measure the effect of 32,000 extra American troops that arrived over the summer. But in recent days, voices from Kabul have begun to push the message that Afghan and coalition forces have started turning back the Taliban's momentum.

At the same time, many Afghans complain they have never felt less secure.

The governor of Kandahar did something Thursday that was unthinkable a few weeks ago: He took the road west out of town and held a meeting in Zhari district without getting blown up.

It's the first time in six years that Afghan officials dared to try driving that road.

The road is 100 percent safe, says the governor's spokesman, Zalmay Ayubi. He adds that they are clearing insurgents out of the rest of the area in southern Afghanistan.

The much publicized trip follows a recent spate of press statements by unnamed sources in Kabul and Washington suggesting that U.S. forces have killed and captured so many Taliban fighters that the insurgents may be suing for peace. Taliban official spokesmen deny it. 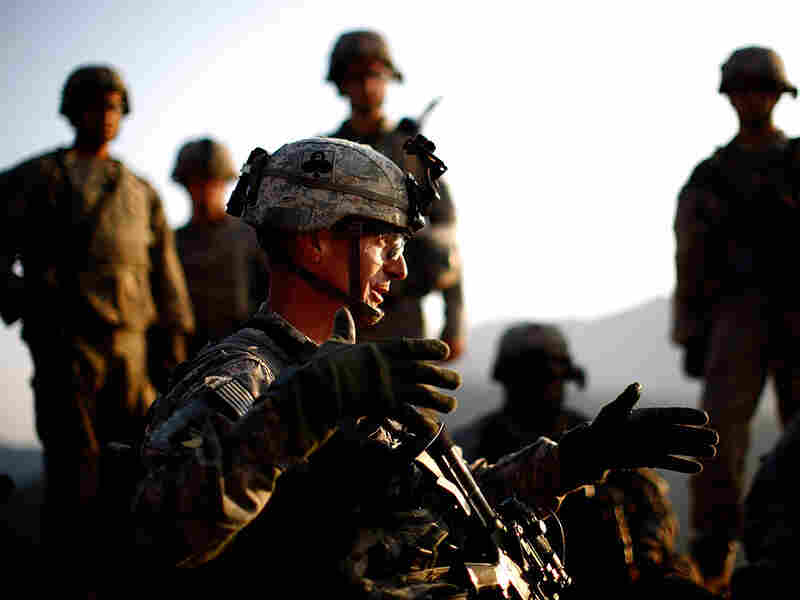 Soldiers of the 101st Airborne Division were summoned to help a U.S. Chinook transport helicopter after it was disabled Oct. 12 by a grenade near the Afghan-Pakistan border. Lt. Col. Joel Vowell talks to the members of Alpha Company about their rescue mission. David Gilkey/NPR hide caption 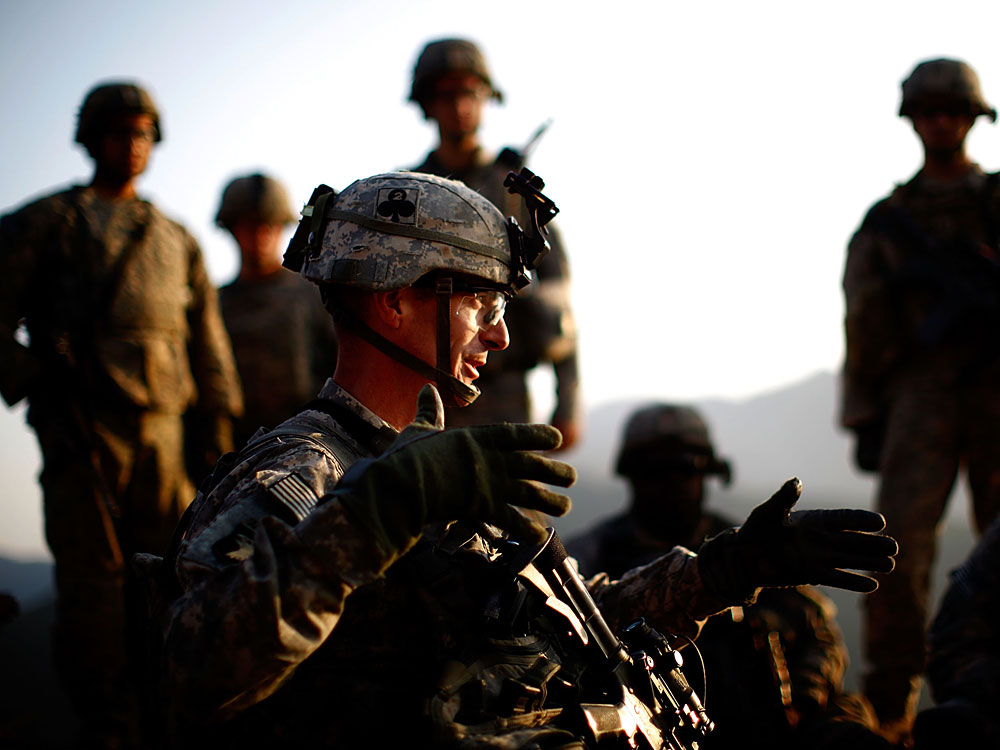 Soldiers of the 101st Airborne Division were summoned to help a U.S. Chinook transport helicopter after it was disabled Oct. 12 by a grenade near the Afghan-Pakistan border. Lt. Col. Joel Vowell talks to the members of Alpha Company about their rescue mission.

As for the success in Kandahar's Arghandab and Zhari districts, that is also difficult to verify, since most all of the journalists scheduled to embed there had their embeds canceled early this month.

"You literally step, step for step, where the soldier in front of you has stepped," Gilkey says. "It's a stress that just weighs them down, knowing that they're walking around and their next step could kill them, kill their buddy or take both their legs off. It's terrifying."

This summer's fighting season was the deadliest on record for U.S. and Afghan forces. That was expected, says Col. Andy Pullan, at the headquarters of the International Security and Assistance Force, or ISAF, in Afghanistan.

Pullan says that if the plan works, sometime in the future the wave of violence will crest.

But some observers see the uptick in violence as a bad sign — especially because the bombs and assassinations have flared in areas of the north where the Taliban never held sway in the past, in places where there is little international presence.

Making Sure Areas Cleared Of Taliban Remain That Way

"It is their surge, their surge to counter the ISAF, NATO surge. We saw that in Kunar — between 200 to 300 percent increase in attacks this year compared to last year. They're here; they need to fight here because lastly ISAF are focused elsewhere. What better place to open up a second front?" Vowell says.

As with operations in the south, Vowell says U.S. forces in the east have killed hundreds of suspected insurgents during this fighting season, and his goal now is to help Afghan civilian authorities push into areas cleared by the fighting.

U.S. officials say that after nearly nine years, they finally have enough troops and the right strategy to fight effectively in Afghanistan. The question is how long the effort will last, says Manan Farahi, an adviser to Afghanistan's Interior Ministry.

"In my opinion, the timeline for the war — especially to defeat the terrorist network in Afghanistan or in the region — we couldn't defeat them in one day, two days or 10 days. It takes time. It's war," he says.

Farahi says Afghanistan needs an international effort to fight what he says is a regional war, but time is the key. He is aware that President Obama is going to reassess policy toward Afghanistan in less than two months and has announced his intention to start bringing home some troops in nine months.

It will also take time to measure just how much the American troop surge has won this fighting season. After the winter's lull, U.S. soldiers will look to see how strong the Taliban are when they return to fight in the spring.