Accessibility links
Keith Richards On The Stones, The Songs And 'Life' The guitarist opens up about his music, his legendary journeys on the road with The Rolling Stones and his occasionally contentious relationship with lead singer Mick Jagger in a new memoir called Life. 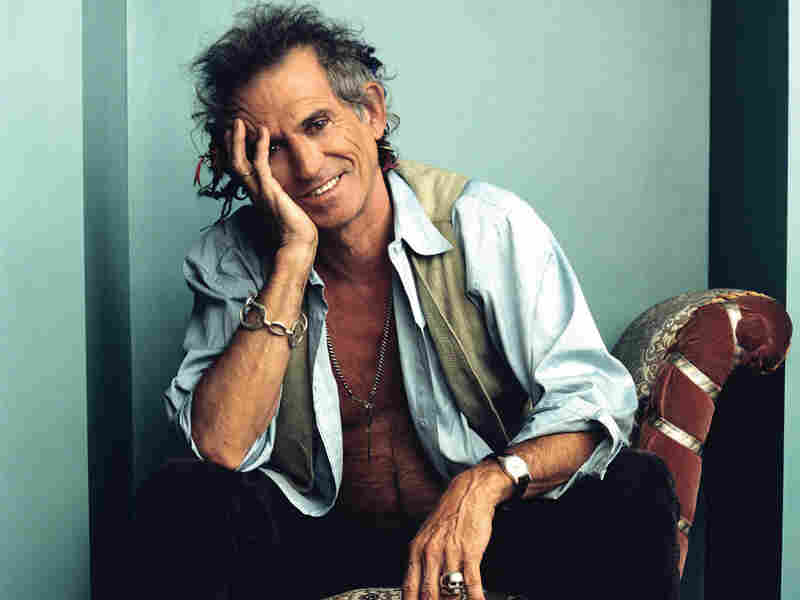 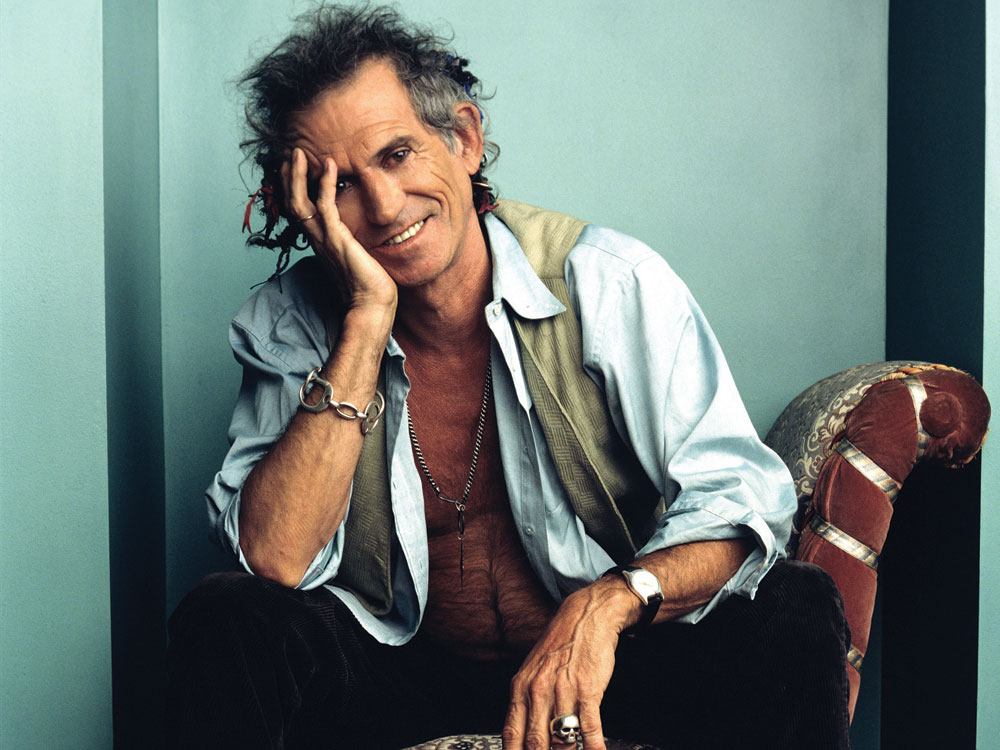 Keith Richards is ranked 10th on  Rolling Stone's list of the 100 greatest guitarists of all time.

With his songwriting partner Mick Jagger, Keith Richards created some of the most iconic rock 'n' roll songs of the 20th century. But the opening line of one of The Rolling Stones' most famous hits — "(I Can't Get No) Satisfaction" — wasn't a collaboration. The riff came to Richards during a dream.

In an interview on Fresh Air, Richards recounts how he woke up just long enough to record the famous opening riff of "Satisfaction" on a cassette player he'd placed next to his bed.

"I go to bed as usual with my guitar, and I wake up the next morning, and I see that the tape is run to the very end," Richards tells Terry Gross. "And I think, 'Well, I didn't do anything. Maybe I hit a button when I was asleep.' So I put it back to the beginning and pushed play and there, in some sort of ghostly version, is [the opening lines to 'Satisfaction']. It was a whole verse of it. And after that, there's 40 minutes of me snoring. But there's the song in its embryo, and I actually dreamt the damned thing."

The 66-year-old lead guitarist has written Life, a memoir about his early musical influences, his time on the road with The Rolling Stones, his run-ins with the law and his occasionally contentious relationship with Jagger, the Stones' lead vocalist. 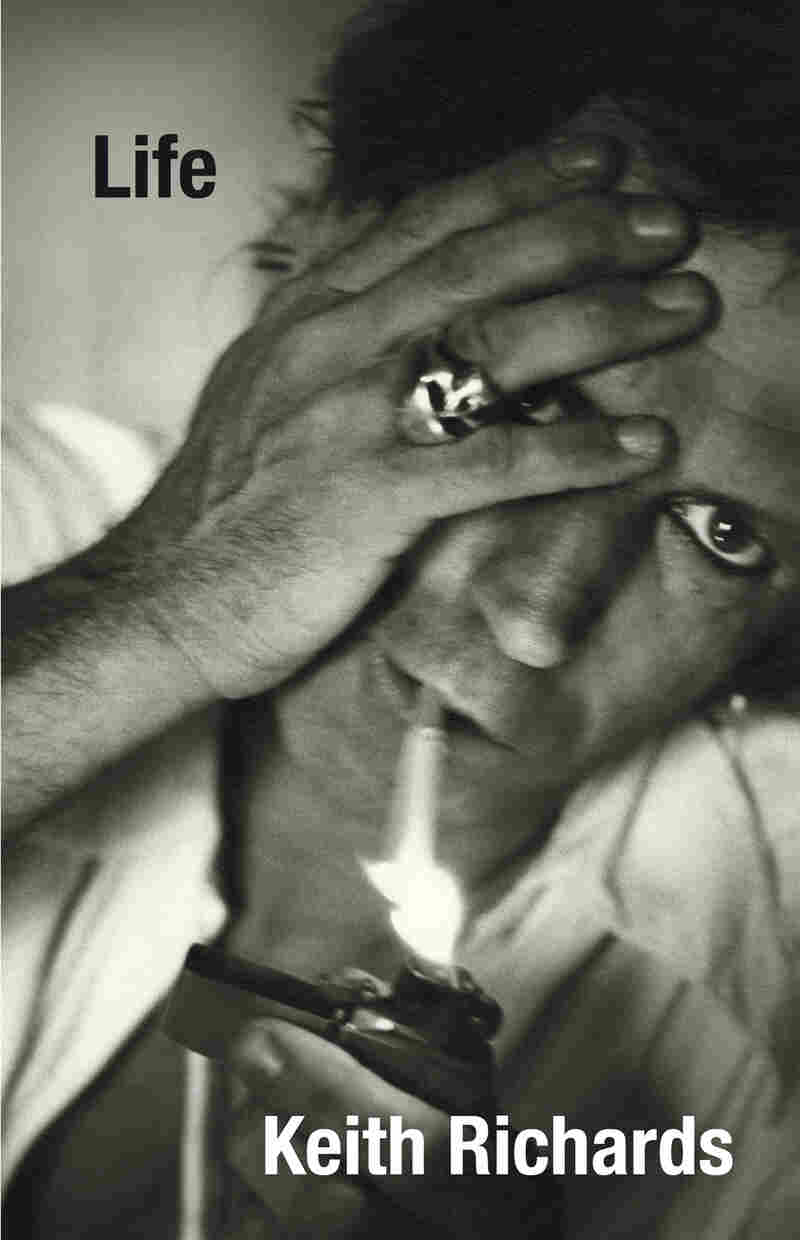 "You think, in a 50-year relationship doing this stuff, that there's not going to be some conflict, some disagreements? Of course there's going to be," Richards says. "...[Jagger] got used to holding the reins, and that was a bit of a shock to me at the time. But I got to live with it. And anyway, actually, what happened is we ended up sharing the reins again. But at the time, yeah, that did shock me, or disappointed me. Shock, I'm beyond."

Recently, Richards has made guest appearances on albums released by Willie Nelson and Lee "Scratch" Perry, among others, and recorded several tracks with Jack White. His albums with The Rolling Stones have sold an estimated 200 million copies worldwide, but he says the band has no plans to slow down.

"Quite honestly, I think the band wants to play. The boys want to play together, and hopefully we can get on the ups here," he says. "We're thinking ahead. I know, obviously, because of the book, and there's a lot of retro going on and stuff. But as far as I'm concerned, get over it. Get on ahead. We want to make some records, and we want to do some good shows, and we believe that we have it in us to do that."

Richards was inducted into the Rock and Roll Hall of Fame in 1989. In 2008, The Rolling Stones was ranked No. 4 in Rolling Stone's 100 Greatest Artists of All Time. A new collection of Richards' solo studio records, entitled Vintage Vinos, will be released on Nov. 2. 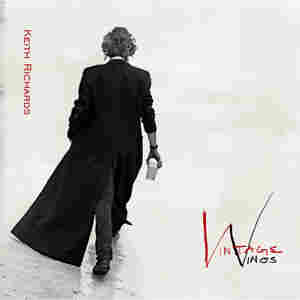 On What Chuck Berry's Music Meant To Him

"To us in England and to people like Mick and myself, and many other people including Eric Clapton and Jeff Beck, Chuck arrived [with] incredible lyrics and [an] incredible 'devil-may-care' attitude and great records. At the time, we were starving [for good music] in England. We only had two radio stations in the country. We didn't have the dial-twisting. Everything you picked up was secondhand or in a juke joint or a coffee bar or something. And so music, when [people would] say, 'Did you hear that? Did you hear that?' — it wasn't immediately available to you. You had to go search for music. That is what we were doing in England."

On Being The Anti-Beatles

"If you're talking image-wise, we probably did make a decision to not be The Fab Four. They were basically differences between the bands. The Beatles were basically a vocal band. They all sang and one song, John would take the lead. Another, Paul [would] or George and sometimes Ringo. Our band set up totally differently — with one frontman, one lead singer, and what I loved about it is that there's an incredible difference in it between The Beatles and ourselves, but at the same time, we were there at the same time, and you're dealing with each other. And it was a very, very fruitful and great relationship between the Stones and The Beatles. It was very, very friendly. The competition thing didn't come into it as far as we were concerned."

"The most graphic is trying a theater in the north of England, and they brought the cops up to try to control the crowd, which consisted of young teenage girls. Everybody rushes through, the whole band, to get in the car. I'm the last one out of the stage door and silly me, I was wearing a chain around my neck and some chick from the left got hold of one side and some chick from the right got the other side, and to cut a long story short, quite honestly, I woke up in the garbage can to see the Stones' car, minus a door, zooming off in the horizon. And I'm just left laying there with half a shirt and a shoe. And everybody just left me. It's crazy."