Accessibility links
Last Minute Halloween Ideas: The Year's Best Horror on DVD Still looking for something to scare yourself silly on Halloween? We've got five of this year's horror (or horror-like) films that may give you an adequate case of the creeps. 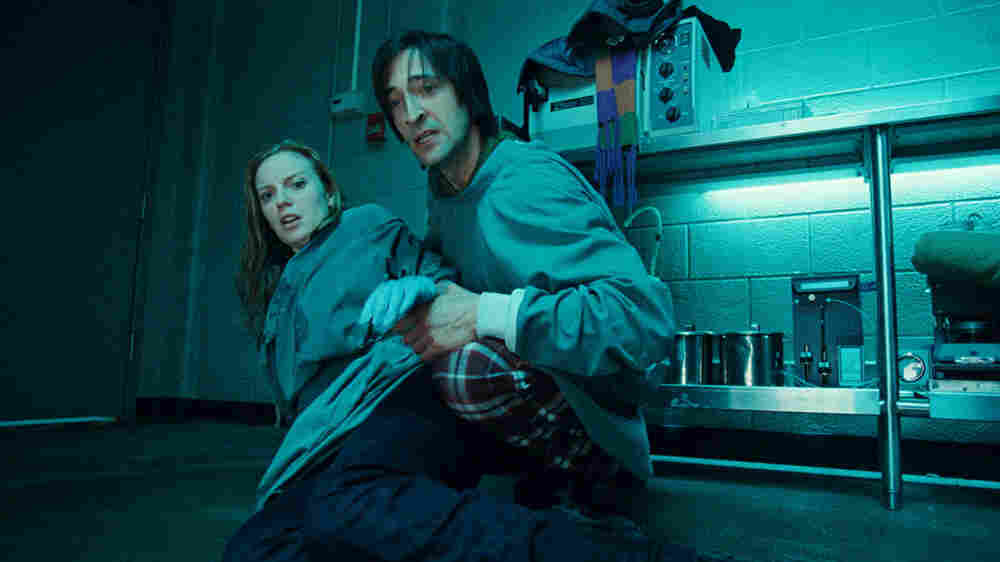 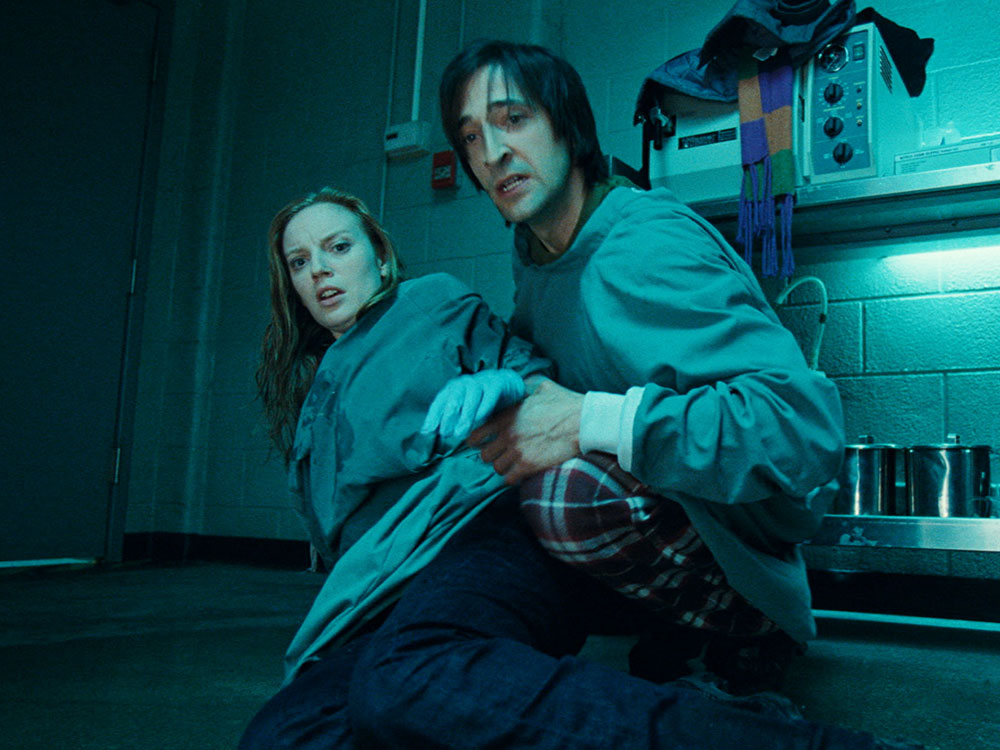 Adrien Brody (right) and Sarah Polley star in Splice, one of our five scary movies for Halloween.

So far, 2010 has been a curiously slow year for good horror movies. Last year wasn't great either, but at least there was a varied line-up -- Zombieland (funny), Paranormal Activity (inventive), A Haunting in Connecticut (underrated), Orphan (has Vera Farmiga). And, of course, the sublime Let The Right One In, the Swedish vampire movie, which transcended the genre to become one of the year's best dramas. You could get all of these on DVD by last Halloween.

This year we seem to be getting a lot of monster movies -- more specifically, new takes on old monster movie templates. Academic sorts like to map horror movie trends to real societal anxieties, and perhaps there is something happening here regarding the return to horrors of the past. I'm not saying this is specifically about the midterm elections, but I'm also not not saying it.

To wit, here are my top five scary movies (so far) of 2010. As always, the list avoids gore-porn lameness like the Saw franchise and its imitators, or gross-out specimens like 2010's most talked-about "horror" movie, The Human Centipede. All of mine are rated R, suitable for Halloween creepiness, and currently available on DVD and various video-on-demand services:

The year's most daring horror script, Splice stars Sarah Polley and Adrien Brody as married geneticists who decant themselves a human-animal hybrid daughter. Kind of. Director Vincenzo Natali takes some serious risks -- to the degree that he had a hard time getting the film past squeamish executives and into theaters. Artfully transgressive, Splice shows the other pretenders how it's done. I'm looking at you, Centipede.

If you can stomach another vampire movie, Daybreakers works nicely on a B-movie level, thanks to a few inventive tweaks on the template. In the future, you see, vampires run the world and humans are the persecuted minority. Among its delights: a peek into the complexities of commercialized blood distribution. "Blood, Inc.," if you will. Starring Ethan Hawke, Sam Neill and Willem Dafoe.

Benecio del Toro headlines this curiously conservative reboot of the classic werewolf story. The movie doesn't really work in the end, but is still recommended if you like your horror films executed in old-fashioned style -- blasted moors, gypsy curses, cobblestone alleys, this sort of thing. Also: Emily Blunt in a corset, and I always find it hard to argue with that.

When a mysterious toxin infects a small Iowa town, residents turn all surly and mopey … and murder-y! A remake of the 1973 George Romero original, the film earns points for flipping the script on several zombie movie conventions and keeping the tension properly calibrated at all times.

Technically more of a psychological thriller than a horror movie, director Martin Scorsese's cinematic freakout leverages enough Gothic horror tropes to earn a qualifying slot. Leonardo DiCaprio and Mark Ruffalo star as U.S. Marshals investigating a profoundly creepy sanitarium circa 1954. Nothing is quite as it seems, which is half the fun. But when Leo hides out from mad scientist Ben Kingsley -- in a mausoleum, during a lightning storm, on the grounds of an insane asylum -- you wish Scorsese made horror movies all the time.