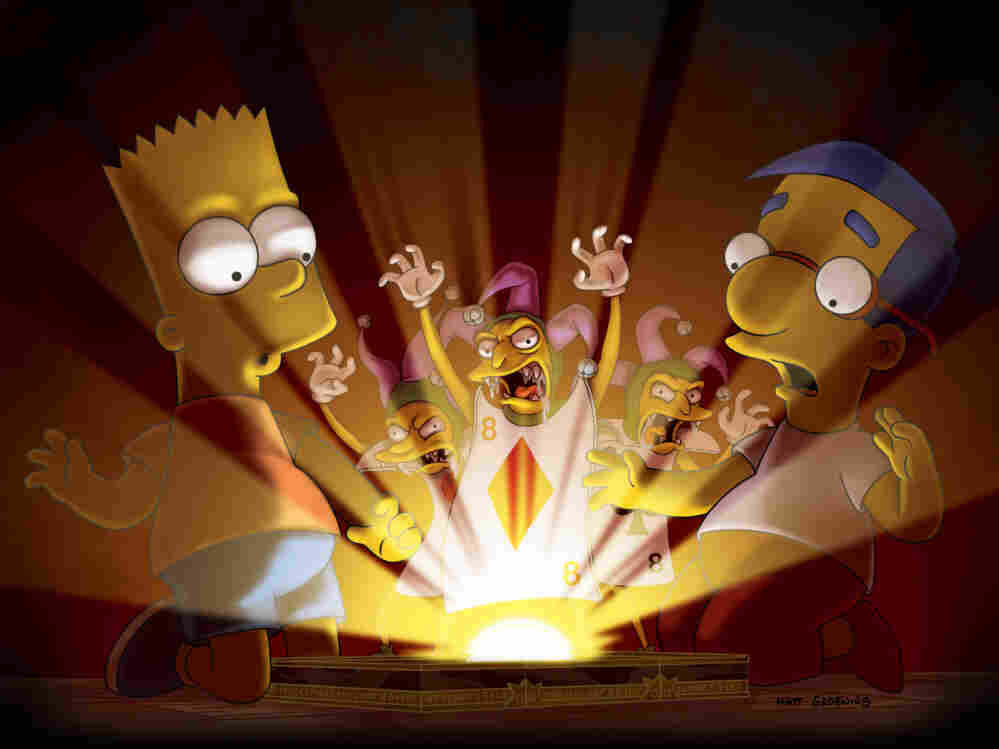 We don't want to tell you too much about what's going on here for reasons of suspense, but this is a still from "Treehouse Of Horror XXI," which will air on Fox on November 7. Fox hide caption

On Weekend Edition Sunday, Liane Hansen talks to The Simpsons creator Matt Groening about a new and truly massive eight-pound episode guide he just wrote, and about the show's tradition of "Treehouse Of Horror" episodes. (You will learn she is a fan of the show, if you don't already know -- check out the moment when Groening mentions a particular episode and Hansen breathlessly says, "Oh, yes!")

Groening talks about using the first Halloween episode to break the rules the show had already set up for its characters, about the famous credit sequences that are so prized by fans, and what important principle stands behind his decision to call himself "Bat Groening." 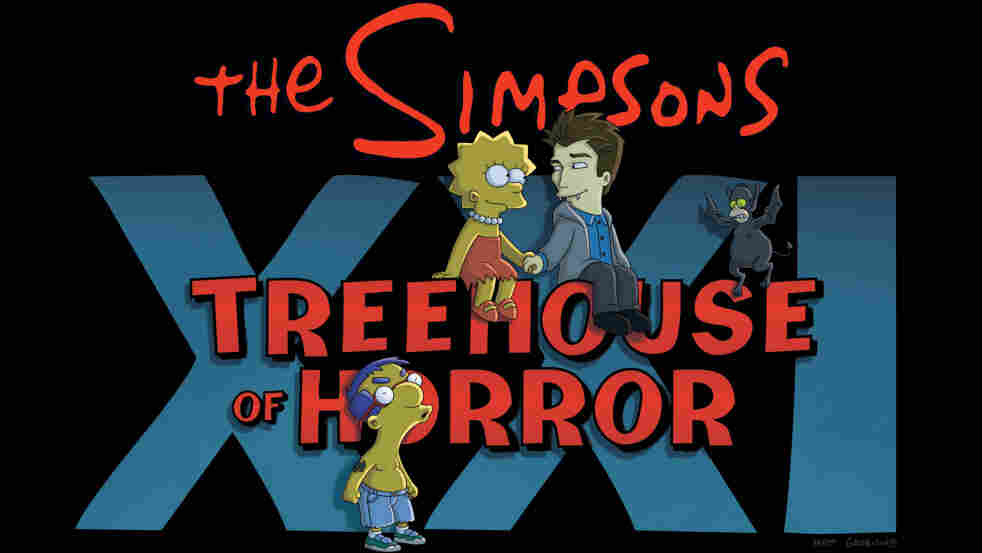 November 7 will bring the 21st incarnation of "Treehouse Of Horror," the Halloween tradition The Simpsons have made famous. Fox hide caption

But Groening also teases this season's "Treehouse Of Horror" (delayed until November 7 because of the World Series) and how the rush of vampires in pop culture has affected what you just may find in store for Springfield this year. Groening dishes out one line that may be pretty delicious, if you've seen some very popular franchises of recent years. (Is that enough of a hint? It probably is.)