Accessibility links
Buika: The Voice Of Freedom Born and raised on the Spanish island of Mallorca, Buika has a voice that radiates intensity, with a power that's hard to define. Whether she's singing flamenco, soul, electronica or the blues, she says she finally feels completely free to sing whatever she wants. 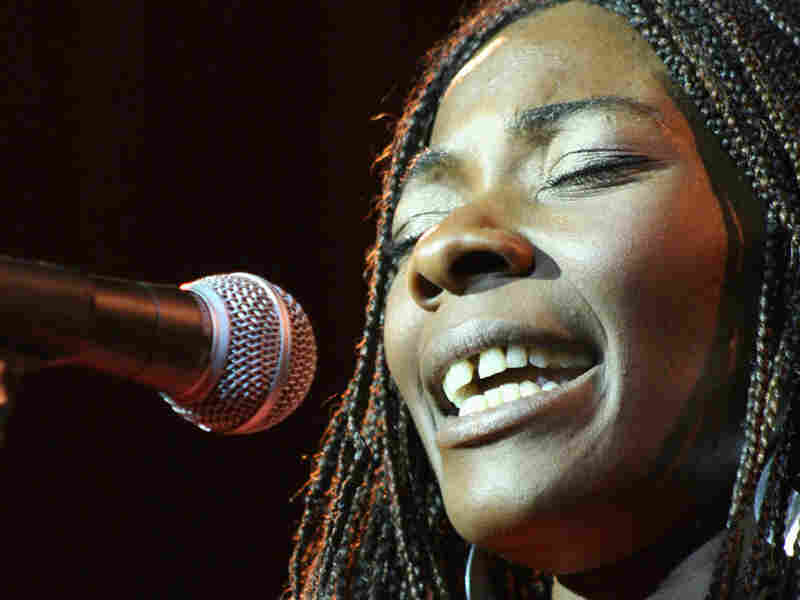 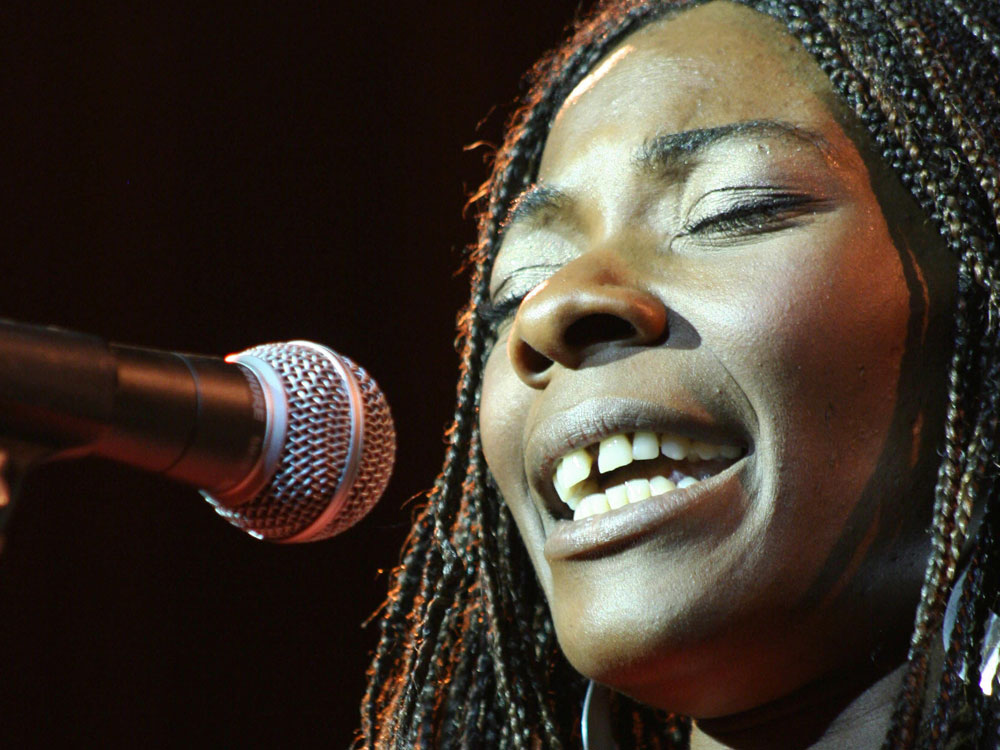 To be born with a good singing voice is an accident of good genes. But what makes a good voice become a great one? For some singers, the answer is years of training. For others, it's life in a church choir. But this is the story of a singer who says that what you hear in her voice is freedom.

The singer is Buika, born and raised on the Spanish island of Mallorca, as the child of African immigrants. It's a little surprising to meet Buika for the first time. She's beautiful, with high cheekbones, almond eyes and a Lauren Hutton gap between her teeth. But her body seems far too petite to contain such a gigantic voice, and not statuesque enough to have once been a Tina Turner impersonator in Vegas. She says she remembers the audition well.

"Beautiful and amazing girls with long legs and, you know, high shoes, like this, at 11 o'clock in the morning," Buika says. "I found myself a little bit lost."

But Buika was a struggling single mom, and she really needed the job. So she simply conjured Tina Turner, her savior when she was growing up in Spain. As the only black kid in town, she says there was no one else to show her how to do her hair, how to dress or how to be in the world. At the audition in Las Vegas, Buika got the job.

The story Buika tells of how she got that voice begins before her birth in Equatorial Guinea, a tiny country on the west coast of Africa. Forty years ago, after the country won independence from Spain, Buika's father joined the elected government. But the president became one of the world's most murderous dictators, and Buika's parents fled, settling in Mallorca. They lived in a Roma Gypsy neighborhood where they figured they'd never be found. A couple of years later, Concha Buika was born. Most of the Gypsy kids had never seen a black person before, but they accepted the little girl and taught her flamenco. Buika says that if she'd been born in Africa, her voice would have been entirely different.

"If I were born there, I think that my voice will sound as a prisoner's voice. Like in jail," she says. "Because when you grow in those types of countries, you don't recognize freedom."

And freedom, according to Buika, has become the key to her voice. The political freedom she inherited from her parents, certainly, but also emotional freedom, psychological freedom, even sexual freedom. She is openly bisexual, and once married a man and a woman at the same time.

One of the first freedoms Buika won for herself, growing up in Mallorca, was from those who would try to hold her back. The Gypsy children may have embraced her, but others did not.

"They kicked me out of the church when I'm a little girl because they said I'm singing like a dog," she says. "They didn't want me to sing there anymore. Because you hear my voice, obviously it's not very clean. But watch out what happened with me then later."

What happened was that she paid the priests no mind, and as a teenager, started singing in jazz clubs, eventually working with one of Spain's biggest producers. He once called her "the most liberated woman on earth," and the freedoms keep coming. Just last year, Buika worked with the legendary, gun-toting, 91-year-old singer Chavela Vargas. Vargas, she says, unlocked the prison door of loneliness for her — by explaining that women need loneliness to create, without interference.

Buika's voice has an intensity and a power that's hard to define. And it's there whether she's singing flamenco or soul or electronica or the blues. Today, she says she finally feels free to sing whatever she wants.

Buika is currently on her first major tour of the U.S.