Accessibility links
Flash Of Non-Genius: The Worst Misconceptions You've Carried Today, pop-culture blogger Linda Holmes confesses to a very embarrassing misconception she held until very recently, and we ask for your submissions of any similar errors. 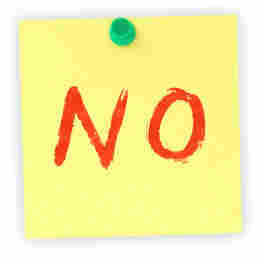 Let me set the scene.

I have no idea how I've lived as long as I have while laboring under this particular misconception, but let me tell you: Monkey See comics guru Glen Weldon, as you can imagine, was filled with ... I don't even know if it was contempt. He later claimed it was just pity, and that was supposed to be good news. "So," I said to him, "you're telling me that there is both Flash and The Flash."

I clarified: "There is Flash Gordon, and there is also The Flash, and they are different."

"It is as if," he said, "you were saying to me, 'Wait, there are dogs, but there are also cats, and they are different?'"

"I don't think so," I argued. "It's more like you're saying to me, 'You realize that there is a Batman and there is The Bat Man, and they are not the same person."

He tried to use supporting information to help me: "One is an astronaut. One is just fast."

"You're telling me that somebody got named 'Flash' in spite of not being fast?"

"This cannot be correct. I don't think I even believe you."

Anyway, in addition to forcing me to contemplate the contours of the upcoming Glen Weldon's Respect Reclamation Project, this got me thinking about whether I am the only person who has ever been confused thusly. Not about Flash and The Flash specifically, because it's fairly obvious that I hold the patent on that particular fugue state.

But surely, some of you have lived a surprisingly long time laboring under pop-culture-related misunderstandings of some sort. And I figured that if we talked about them, it might make us all feel better.