Accessibility links
Some Democrats Fear White House Is Too Insular Almost without exception, every departing senior White House official has been replaced by a close confidant of President Obama. Now some Democrats in Washington are worried that the White House is ignoring a big flashing sign that it needs to change course. 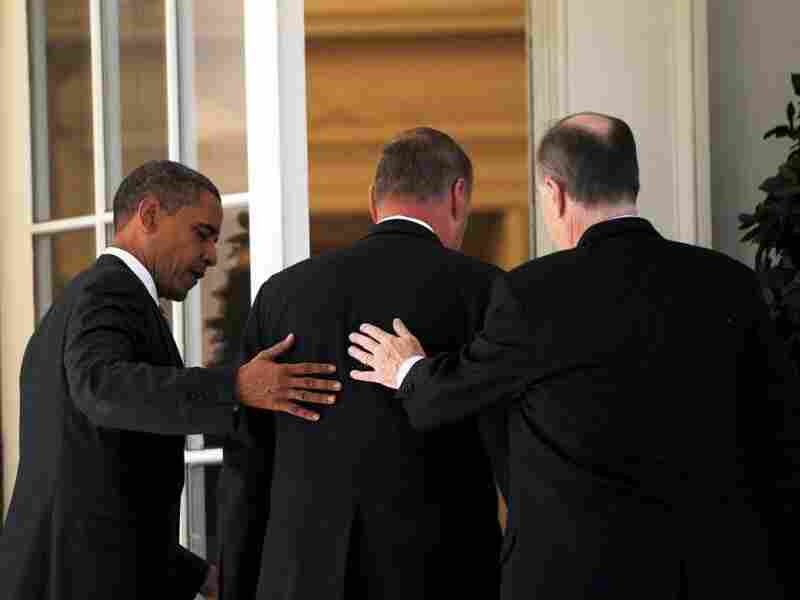 In virtually every important area of the White House, an outgoing senior official has been replaced by a longtime confidant of President Obama in the past two months.

Christina Romer, chair of the Council of Economic Advisers, was replaced by council member Austan Goolsbee, whom Obama described as "one of my good friends and close economic advisers for many years."

Chief of Staff Rahm Emanuel was replaced, at least for the time being, by a man Obama called "my wise, skillful and longtime counselor," Deputy Chief of Staff Pete Rouse.

The White House has consistently replaced outgoing senior advisers with members of President Obama's inner circle, rather than turning outside. For example: 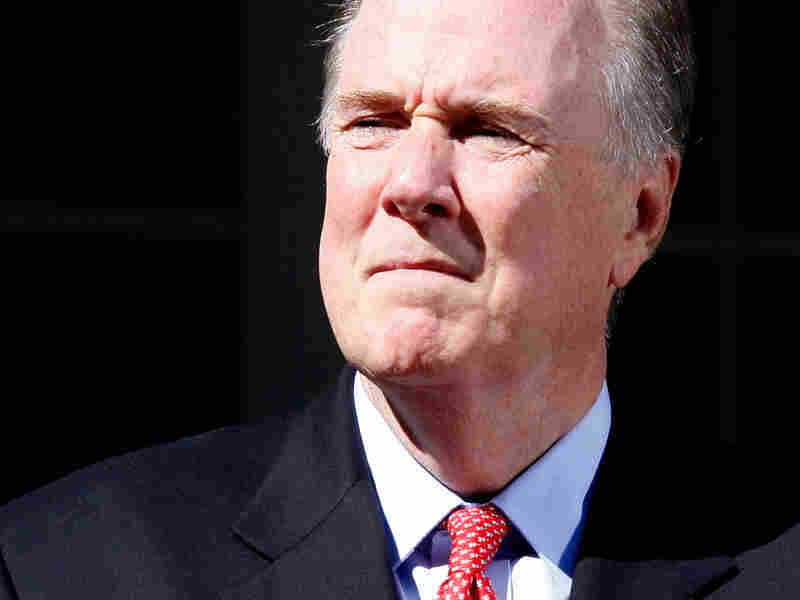 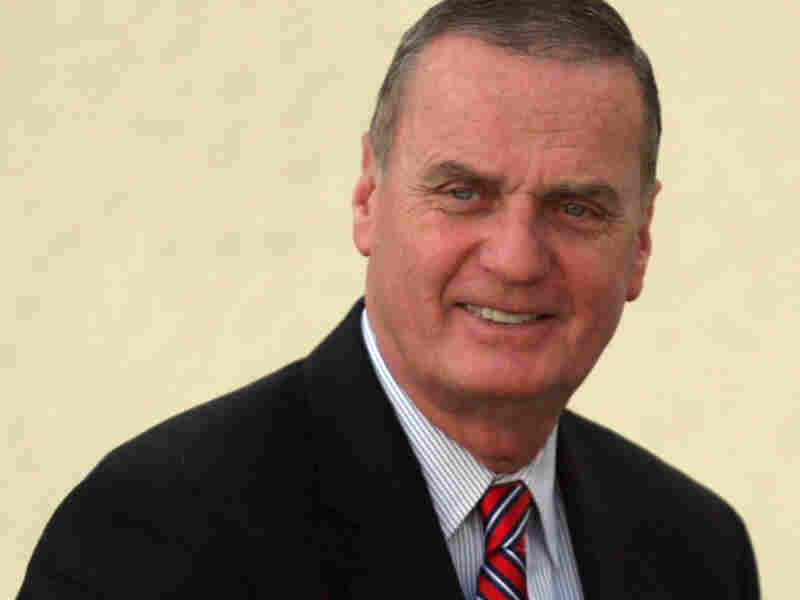 Tom Donilon (left), whom the president has described as "one of my closest advisers," took over as national security adviser after the resignation of Jim Jones.

Many presidents shake up their White House staff two years into an administration. But in the Obama White House, while changes are likely, nobody expects an inrush of new blood.

Now that the president's party has lost dozens of congressional seats in the midterm elections, though, some Democrats are worried that the White House is ignoring a big, flashing sign that it needs to change course.

Always On The Same Page

In any White House, or any workplace for that matter, "there's a tendency to hire within, promote from within -- or, as they say in musical theater, 'Stick to your own kind,' " says Democratic strategist Robert Raben, who has held senior jobs in the Clinton Justice Department and on Capitol Hill.

"The single most important job qualification in a position at this level is: Would you do what I, the president, would do if I had the time to do it?" Raben says.

Knowing what the president would do means understanding what goes on in the president's head, which cannot be expected of outsiders. But an inner circle that understands the president's internal monologue may also share his blind spots. As one very plugged in and slightly exasperated Democratic outsider put it, this president is "heavily enabled."

Many prominent Democrats outside of the White House share this concern, but most would not speak on the record for fear of burning bridges. Particularly after a midterm that Obama described as a "shellacking," many believe that the White House needs new voices and new ideas. The perception is that everyone in the president's inner circle is on the same page -- which is not necessarily a good thing.

"A leader at this level sometimes needs conflicting opinions and attitudes and points of view within his team, so that he's able to see the very best avenues to pursue," says Don Baer, who was communications director and chief speechwriter for President Clinton.

Obama prides himself on hearing dissenting views. He invites groups of people who disagree with him to the White House and listens to their ideas. But whether he acts on those ideas is a separate question. The small circle of people whose counsel he has relied on for the past four years remains relatively unchanged.

Baer says that when Clinton brought outsiders onto the White House staff at senior positions, people fought.  "It wasn't fun," he says, "but it actually worked. And it got us to -- and, more importantly, the president and the country to -- much better decisions."

There are Democrats who think these concerns are overblown. After all, the midterm elections were less than a week ago, says Beth Nolan, who served as White House counsel during the Clinton administration.

"I'm not saying don't change a thing," she says, "but I think the president is probably himself thinking about what kinds of changes he wants to make, and I just think it's way too early to tell what he's going to do."

Yet even according to people within the White House, a certain bunker mentality persists. Nolan believes that may change over time. When she started as a junior White House aide, she didn't know the Clintons at all.

"In the first several years, most of the people in the inner circle had worked on the campaign. They were well-known," she says. "And I think the circle started expanding. I think that's what we'll see here, too."

During the presidential campaign, Obama had a "no new friends" rule. This midterm election suggests that it may be time for him to re-evaluate whether that rule should continue to apply to his senior staff.