Accessibility links
GOP's 'Sweet' Wins In Governors' Races May Pay Off Republicans put a lot of money and effort into winning gubernatorial contests in 10 "swing states." The GOP was victorious in nine and that should help Republican candidates for the White House, Congress and local posts for years to come.

GOP's 'Sweet' Wins In Governors' Races May Pay Off

GOP's 'Sweet' Wins In Governors' Races May Pay Off

On Election Night in 2009, Haley Barbour, chairman of the Republican Governors Association, took the stage at the victory party for Virginia governor-elect Bob McDonnell seeming to know what most of America did not. 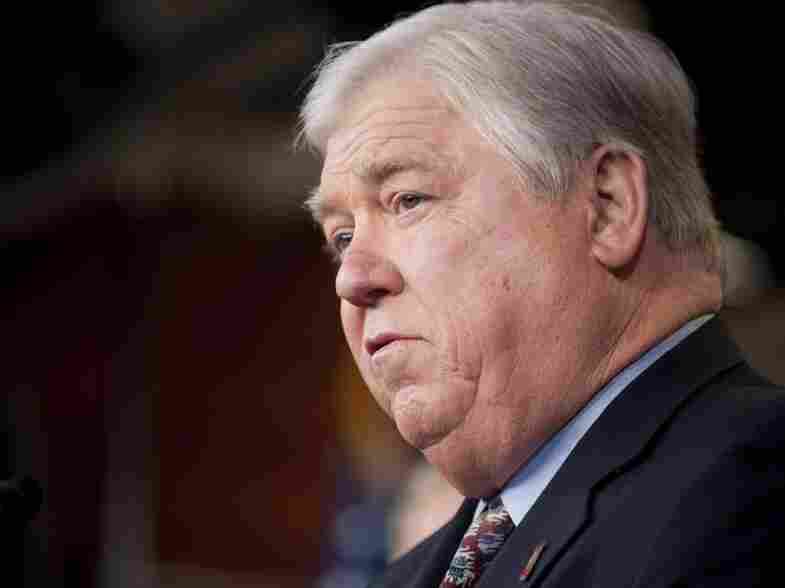 Barbour declared that the Republican wins in the off-year Virginia and New Jersey races for governor that night would act as the party's "springboard" for 2010.

"Is this sweet or not?" he asked the crowd.

A year later, the feeling for Barbour and the rest of the party couldn't be sweeter. Post-election attention has focused on the Republican takeover of the House, but the run of Republican wins in gubernatorial contests last Tuesday could pay greater dividends in 2012 and beyond.

The Republican Governors Association targeted 10 so-called swing states -- Ohio, Pennsylvania, Iowa, Florida and Nevada among them -- helping to recruit candidates and investing $49.5 million on their gubernatorial campaigns. Most of the money went to buy ads and to messages that tapped deepening pessimism among voters about Obama and the Democratic Congress' handling of the economy and deficit spending.

When the Republican push began, a Democrat was governor in 8 of the 10 states.

Last Tuesday, voters elected Republican governors in nine of the 10.

The 10 "swing states" that the Republican Governors Association targeted. Republicans won in all but Colorado:

Now that Republicans will control more than half the nation's governors' offices, they are positioned to reshape the electoral map to favor their party’s presidential nominee in 2012 and increase their new House majority for the next decade.

Long-Lasting Benefits For The Winners

Governor's races are a pivotal -- though often overlooked -- gauge of which political party fares better in an election cycle. Controlling a governor's office can provide that party's presidential nominee a number of advantages in local publicity, fundraising and grassroots support.

In this election cycle, the RGA poured a total of $102 million into governor races, outspending the Democratic Governors Association by a ratio greater than 2 to 1.

While the Democratic candidates in last week's gubernatorial races in Minnesota and Vermont have tiny leads, those states' races are still too close to call and headed to recounts. Both states' current governors are Republicans. 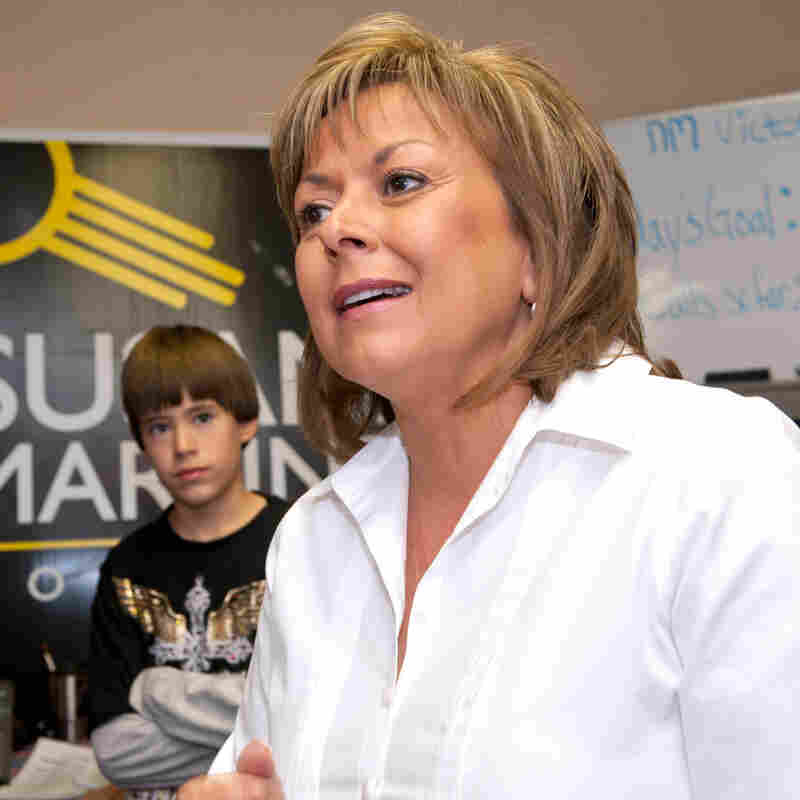 Susana Martinez, governor-elect of New Mexico, where a Republican will take control of a seat now held by a Democrat. William Faulkner/AP hide caption

But at least 11 governors' seats that had been in Democratic hands "flipped" to the GOP. Not counting Minnesota and Vermont, Democrats won just three seats that been held by the GOP. (Republicans also lost the governor's post in Rhode Island, to independent Lincoln Chafee.)

After the results are known in the two remaining states, at least 29 governors will be Republican -- and perhaps as many as 31. Democrats will hold no more than 20 and as few as 18. Republicans wiped out what was a 26-24 Democratic edge.

More significantly, the Republicans broke the Democrats' grip on the "purple" battleground states -- those that lifted President Obama to victory in 2008 and figure to be bellwethers again in 2012.

How significant could this be? Consider: In 2008, Obama won eight of the swing states in part by relying on the popularity and political resources of those states' Democratic governors.

The RGA also focused on governors' races in the 15 states, including several of the bellwethers, that will gain congressional seats through reapportionment next year. In many, governors will oversee the once-a-decade redrawing of new congressional district boundaries based on census data.

Reapportionment, in which representation in Congress shifts to reflect population changes across districts, is a key element to controlling the House, as well as the success of any president's agenda.

Two of last week's 37 governors' races, in Minnesota and Vermont, were still too close to call as of midday Monday. So far, it's certain that 11 states that had Democratic governors will have Republicans in those posts next year:

While three states that had Republican governors will see Democrats take office in 2011:

One state, Rhode Island, voted in an independent — former Sen. Lincoln Chafee. He replaces a Republican.

The 20 remaining states kept the same party in their governors' mansions (incumbents in bold):

For all the 2010 election returns, see NPR's results page.

Republicans won the governors' races in 11 of the 15 states slated to receive more seats in Congress. The RGA believes that Republican governors could redraw boundaries that might add at least another 15 members to the Republican House majority.

"We wanted to control that process to ensure the Democratic governors didn't draw their members back into the majority in the House," says RGA Executive Director Nick Ayers. "That was our biggest pitch and plea to our donors -- that if we can take presidential swing states, get Republican governors in there, we can build a Republican infrastructure."

The RGA's success likely boosts the presidential aspirations of its leader, Barbour, who has re-established himself as one of the foremost fundraisers and political tacticians in either party. Barbour, who's in his second term as governor of Mississippi, is a former Republican National Committee chairman and has been a consummate Washington insider for 30 years. Recently, he said that he would consider a run for president in 2012.

Meanwhile, the Democratic Governors Association will undergo a house-cleaning. Executive Nathan Daschle, the son of former Democratic Senate Majority Leader Tom Daschle, has announced his resignation. Daschle says his exit, as well as that of some of his staff, is customary between election cycles. He declined to discuss his next career move.

In addition, the Democratic governors are expected to select a new chairperson from within their ranks at their meeting in Washington on Dec. 1.

Daschle makes the case that Democrats fared better than anticipated given the Republicans' advantages ahead of Election Day. He describes the outcome as a failure for Republicans after they had predicted increasing the party's governorships to 30 or more.

"They are trying to beautify what is otherwise a fairly ugly night for them," Daschle says. "They ended up with 29 (governors, not counting Minnesota and Vermont) in an extraordinarily favorable environment and with a 2.5-to-1 cash advantage over us."

Daschle believes RGA spending on races in solidly "red" (or Republican) states and in less competitive races suggests shaky GOP support on the ground among certain voters. He notes the RGA spent $9 million on a Michigan governor's race that Republican Rick Snyder led in the polls by 20 points before winning. The group spent more than $10 million on contests in Georgia and Texas that were won handily by Republicans. And the RGA spent $7 million in a failed effort to oust Massachusetts' Democratic incumbent Gov. Deval Patrick, Daschle says.

"That makes no sense to me," says Daschle. "So Democrats did extraordinarily well given the circumstances."

"We're licking our wounds. We're in trouble. ... Clearly there are some places where the Democrats played in '08 where it will be very difficult to play in 2012," Ochs says. "But God forbid that I not be genuflecting at the altar of Haley Barbour. It's still a little premature to be looking at the map and saying 'Oh, North Carolina is gone' or something. Let’s talk in six months, a year, 18 months and we'll see where we are then."