Accessibility links
Movie Review - 'Tiny Furniture' - Awfully Big Questions About Life And Love In a new comedy based very much on her own life, filmmaker Lena Dunham stars alongside her real-life mother and sister as Aura, a film school graduate who returns, jobless and recently single, to her family's house, hoping to find ambition and direction. 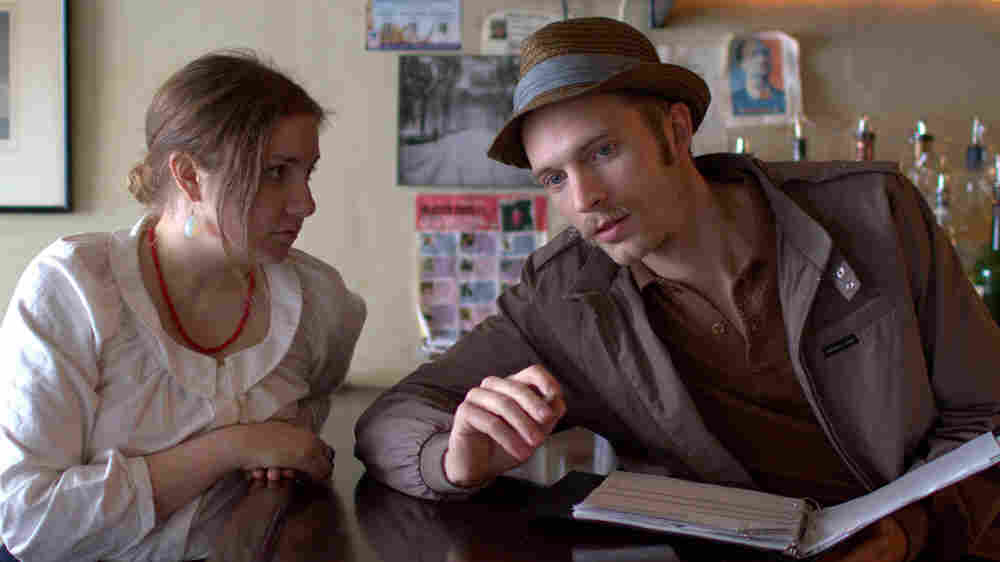 From 'Tiny Furniture' - 'You Have To Come With Me'

'You Have To Come With Me'

The most common advice offered to writers is "write what you know." Filmmaker Lena Dunham took that maxim to heart: When she graduated from film school without a job and moved back in with her family, she wrote and directed a film about a woman who graduates from film school without a job and moves back in with her family. And lest nuances get lost between page and screen, she cast herself in the leading role. The result is a comedy called Tiny Furniture, and a story that feels as true to life as you'd expect.

Aura's triumphant return from college isn't quite what she imagined: Mom's photographing dollhouse furniture in her studio, younger sis is modeling shoes, and neither more than glances up from what she's doing. When her sister gives her a hard time about reclaiming her childhood bedroom, Aura is reduced to something like begging: "I just got off a plane from Ohio. I'm in a post-graduate delirium."

This is, of course, a not uncommon state for the freshly degreed -- no job prospects, no relationship, no place to call one's own. Still, it'd be nice to have a little support from somewhere, so Aura pulls herself together and heads to a party, where she meets a guy -- a YouTube semi-celebrity (Alex Karpovsky) who treats her like a doormat -- and also an "old friend," Charlotte, whom she's been avoiding for years. So OMG-overwhelmed by the reunion is Charlotte that she slaps Aura in the face.

But this overmodulated creature is at least a connection, and soon she and Aura are comparing notes. No one, says Charlotte, is expected to be financially independent until they're ... 30? Filmmaker Dunham has an ear for the pretensions of urban sophisticates. And she has pretty well captured how lost a person like Aura can feel when trying to live that sort of consciously self-conscious life, without being very sure of herself. 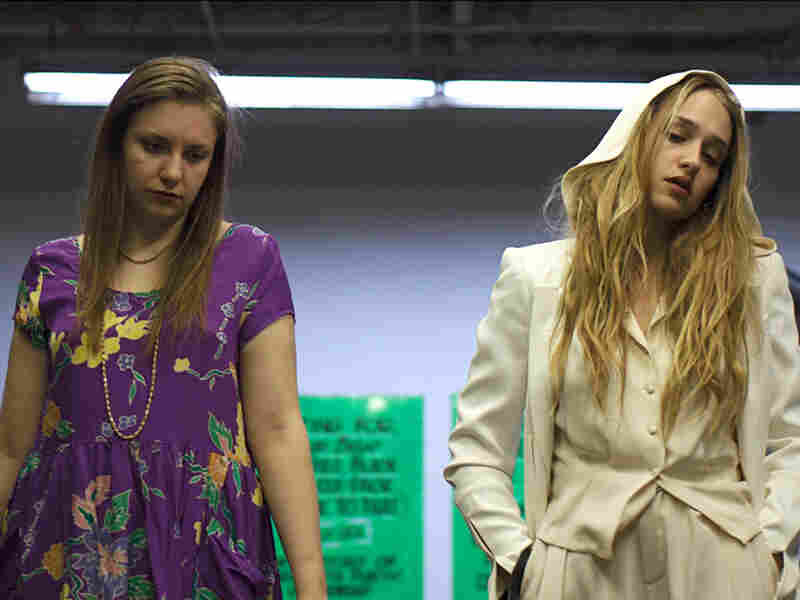 Always On: Among the others Aura connects or reconnects with is her highly dramatic old friend Charlotte (Jemima Kirke, right). Joe Anderson/IFC Films hide caption 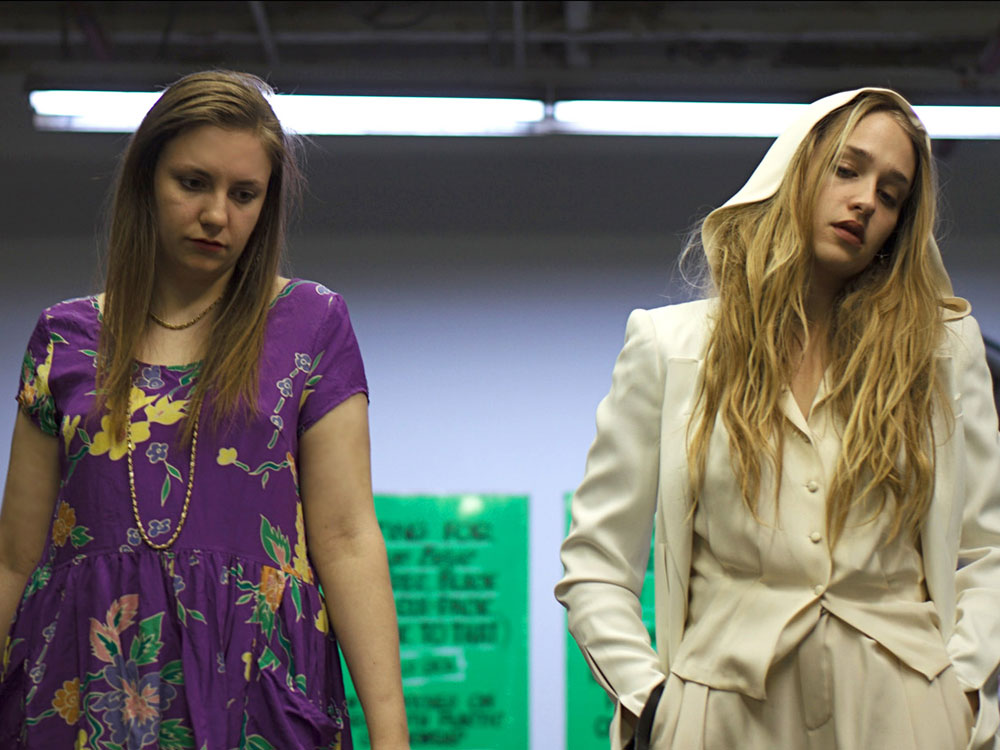 Always On: Among the others Aura connects or reconnects with is her highly dramatic old friend Charlotte (Jemima Kirke, right).

What's intriguing is that she's done it so close to home that she's actually in her home. In her mom's home, that is: a white-on-white Tribeca loft, with names changed but with Dunham playing basically herself; her mom (Laurie Simmons) playing her mom; her sister (Grace Dunham) playing her sister; and a close friend (Jemima Kirke) playing her closest friend.

The end result is that Tiny Furniture plays like situation comedy, but with an overlay of performance art. You keep thinking it feels autobiographical, except that our heroine -- this unambitious, increasingly sorry-for-herself sad sack who is so vividly getting her self-esteem tromped on by everyone who comes near her on-screen -- would never be able to pull together a film.