Accessibility links
The End Of An Era: Goodbye, Kennedys The golden anniversary of John F. Kennedy's 1960 election victory coincides with another Kennedy milestone: Next month, when Rhode Island Rep. Patrick Kennedy leaves office, it will be the first time in 60 years that a Kennedy will not hold elected office in the nation's capital.

Democrats may still be licking their political wounds this week, but 50 years ago Tuesday, the party was ecstatic over the election of John Fitzgerald Kennedy as president of the United States.

From NPR's 'The Picture Show' 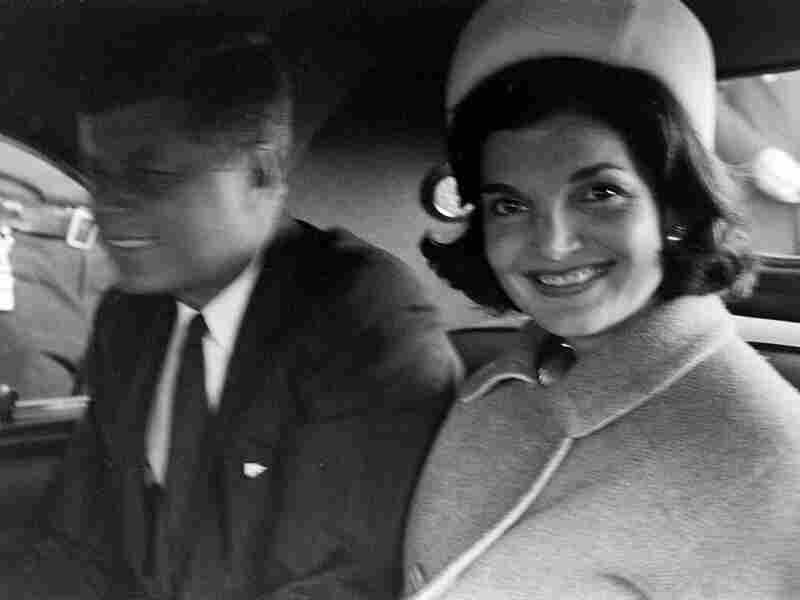 Life has released a batch of previously unpublished photos from the 1960 campaign, like this one. Paul Schutzer/Life hide caption

The golden anniversary of Kennedy's election victory coincides with the end of a Kennedy era, however. Next month, when Rhode Island Rep. Patrick Kennedy leaves office, it will be the first time in 60 years that a Kennedy will not hold elected office in the nation's capital.

The Dawning Of 'A Totally New Day'

It wasn't until Nov. 9, the day after the election of 1960, that victory was confirmed for the youngest man ever elected to the Oval Office and the nation's first Catholic president.

Web Resources From The JFK Library

"A supreme national effort will be needed in the years ahead to move this country safely through the 1960s," John Kennedy said that Wednesday, in Hyannis, Mass., in his first public comments as president-elect.

With him that day was adviser Richard Donahue, who would help to build a new administration around Kennedy and his brother Bobby, who would become attorney general.

"It was, for us, a dawning of a totally new day," Donahue says. "We just had no belief that there were any limitations upon how he could lead us, and they thought that this guy could do it all for them."

Kennedy's tenure, of course, ended in tragedy, but that distinct Kennedy-Boston accent would continue to be heard in the Capitol, long after the president's assassination, as family members continued a long streak of election victories. 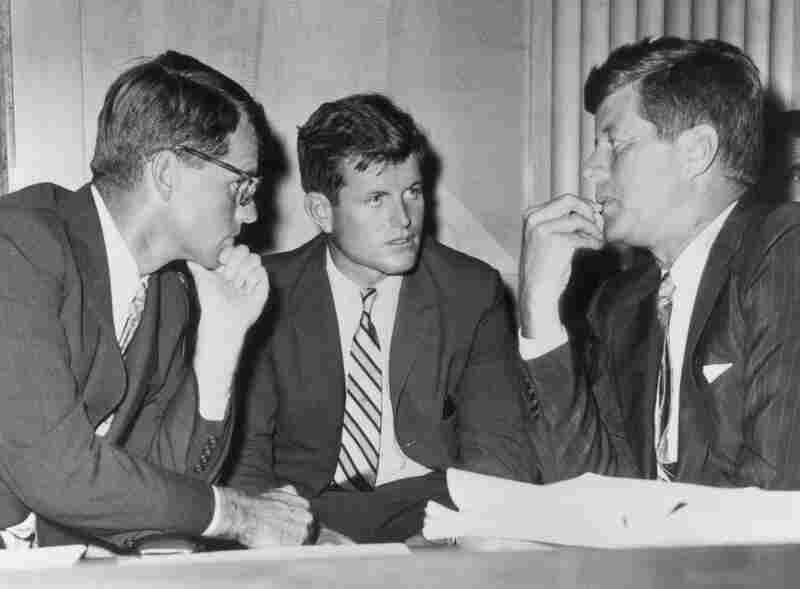 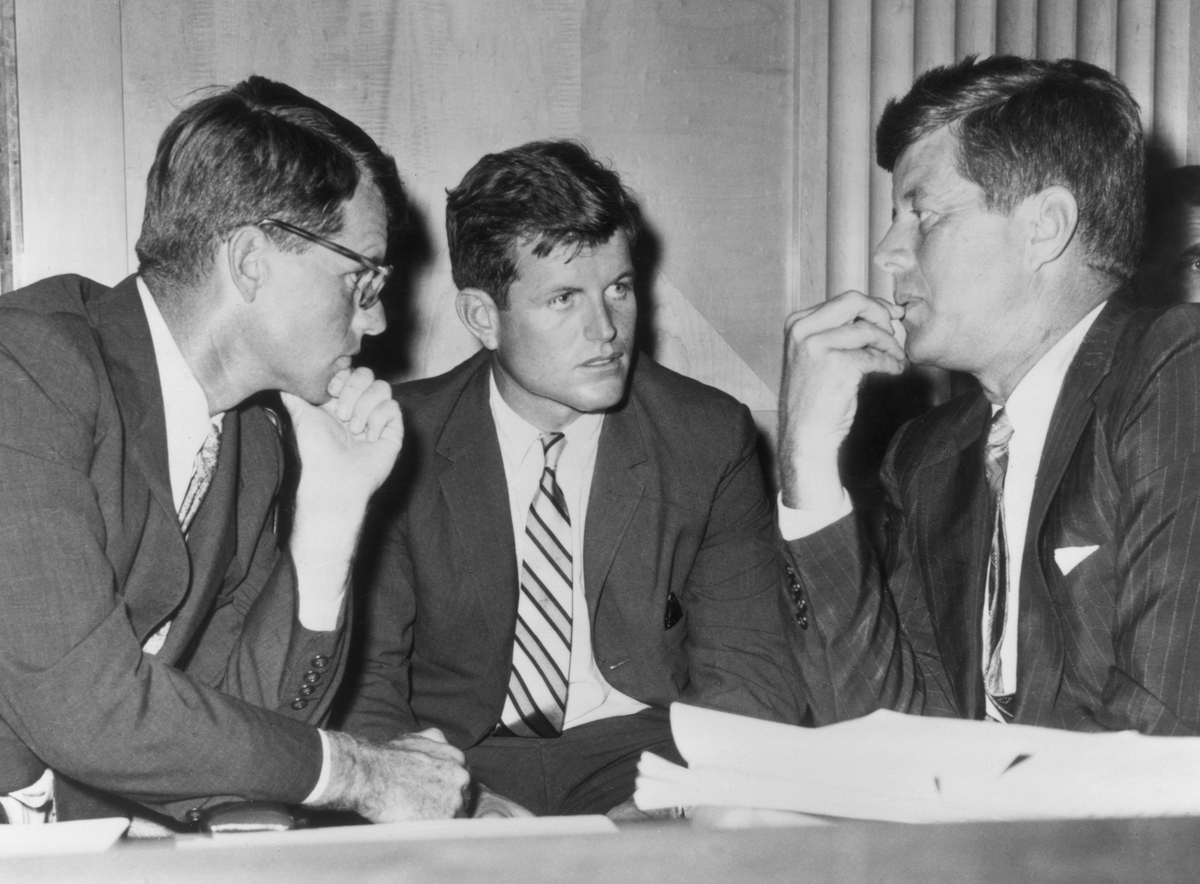 The late Sen. Edward Kennedy's thundering calls over the minimum wage or health care have been echoed by Reps. Joe Kennedy and Patrick Kennedy during the past 25 years.

But after Rhode Island's Patrick Kennedy finishes his last term, there will be no more Kennedys holding elective office in Washington -- a point that he sees as minor.

"The legacy my family's had has been a legacy of public service -- not of public office," Patrick Kennedy says.

Kennedy insists he can be as effective, or maybe even more effective, from outside Congress. "The ability to make a difference is enormous -- you know, elevating that branding of being a Kennedy and to use the spotlight that it brings and focus it on issues that need to have attention paid to them," he says. 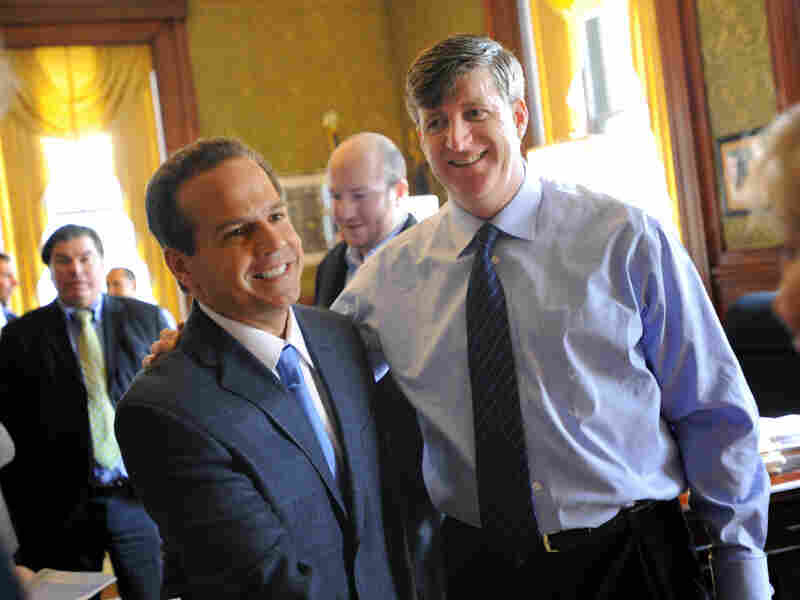 A Milestone: Retiring Rhode Island Rep. Patrick Kennedy (right) puts his arm around his successor, Providence Mayor David Cicilline, in Providence on Sunday. When Kennedy leaves office, it will be the first time in 60 years that a Kennedy will not hold elected office in the nation's capital. Gretchen Ertl/AP hide caption

Indeed, countless Kennedy cousins are active in everything from the environment to child welfare and the rights of the disabled.

And even Donahue, the former Kennedy aide, says he was not sorry that Caroline Kennedy, for example, decided not to run for Senate from New York.

"The viciousness in today's politics is beyond belief," he says, "and you don’t want to see anybody you like hurt."

In the heart of Kennedy country in Massachusetts, the milestone evoked some sentimentality. But even to voters like Carol and Steve Doppelt of Framingham, the end of the Kennedy dynasty is also a welcome relief.

"The end of the Kennedy era -- it's hard to believe. Very sad ... very sad," Carol Doppelt said. But "I also feel that there's no royalty in this country, and there comes a point when the best of our representatives should step aside and let new people come in and take over."

"We're not England, we're America -- shouldn't be locked in to one family," Steve Doppelt added.

The two of them say they have only great respect for the Kennedys, but given their anti-incumbent bent this year, even if one had been running, they say they would have voted against that Kennedy, too.