Accessibility links
Randy Weston Links 'African Rhythms' To American Jazz Jazz piano legend Randy Weston grew up surrounded by some of the greatest musicians in jazz. But it was his deep connection to Africa that inspired his personal style of music. Here, Weston talks about the link between West African music and American jazz, and his autobiography, African Rhythms. 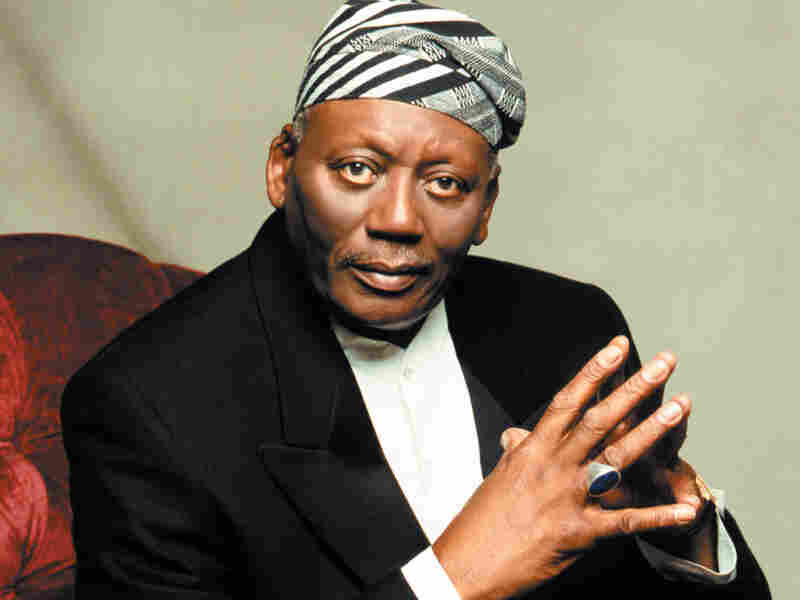 Pianist Randy Weston grew up surrounded by some of the greatest musicians in jazz. But it was his deep connection to Africa that inspired his personal style of music.

Weston recently sat down with NPR's Neal Conan to discuss the link between West African music and American jazz in his autobiography, African Rhythms. Traditional histories trace the history of American jazz to New Orleans, but not Weston.

"African people were taken from Africa, and taken to the States, and they came in contact with European culture and instruments," he says. Then, they "created a different kind of music" -- jazz and blues.

Weston says he gives credit to his father for connecting him with music and the continent of Africa.

"He told me you have to study African civilization -- when Africa was great," Weston says.

His dad also made him take piano lessons as a child.

"So we grew up in Brooklyn, N.Y., [where] we had all kinds of music, but it goes back to the continent of Africa, where music came from in the first place."

Weston says he's visited 18 African countries since 1961, when he first went to Nigeria. And all the music he's heard on his travels speaks to him.

"I search for the traditional music wherever I go. I try to find the oldest musicians I can find," he says. "And I hear the foundation of what we do in the Western Hemisphere is coming from African civilization."

"I want to hear the oldest music I could possibly hear," he says. "The music of Africa is music that is totally in tune with the universe and the earth and the sky. Traditional people, their music is very difficult to imitate, because it's the story of their lives."

Weston says he's devoted his compositions to that spirit of storytelling.

"I'm not a jazz musician," he has written. "I'm really a storyteller through music." 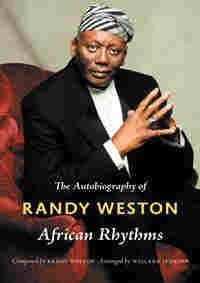 The late 1950s and early 1960s were a very interesting period because everybody was so full of fire. The civil rights movement was blooming, the black student movement in the South was growing, Paul Robeson, Malcolm X, Martin Luther King Jr. were showing the way and making great strides toward raising our consciousness, and it was truly an incredible period. There was all this movement of energy toward the freedom and liberation of black people. It was also a time when several African nations, such as Ghana, were declaring their independence from colonization. I wanted to write a suite dedicated to Mother Africa. My father taught me at a very young age that I was an African born in America, that I have to understand African history. So I decided to name this major work Uhuru Afrika, which is Swahili for freedom Africa.

This was also a time when several other musicians and I were very active in trying to develop the African American Musicians Society; Melba Liston was one of our vice presidents. We were going through a lot of changes as far as racism, and a lot of crazy things were going on for black musicians. The alto saxophonist Gigi Gryce was right there as one of our leaders; he was one guy who kept us on course as far as the business of music was concerned. When I remember Gigi Gryce, I think of one bit of sage advice he always stressed: "Never sell a song." Too many musicians have sold their music for little or nothing, often for some kind of instant gratification that certainly won't sustain them into the future. Musicians would sell their songs for practically nothing and someone else would reap the long-term benefits, especially if that song was popular. I remember the song I wrote for my son, "Little Niles." I never really thought it was that great, yet there were people who made me play that song all the time; one was Gigi Gryce, and "Little Niles" became a standard, which has enabled me to collect royalties ever since. Gigi had a lot of courage and I knew I wanted him to be part of the Uhuru Afrika project for sure. This was definitely a period of organizing and increased consciousness among black musicians, and Gigi was at the vanguard of that self-determination movement.

This work Uhuru Afrika had been in my mind for a while, so I started gathering my resources because I knew this would be an important and laborious undertaking. After Melba Liston and I collaborated so successfully on those seven waltzes for children and recorded the "Little Niles" project, our friendship and working relationship were growing, and I definitely wanted Melba to write the arrangements for Uhuru Afrika. When she consented I breathed a big sigh of relief, because I knew this project would be guaranteed successful.

Over the years since we first met in the Berkshires, the great poet and writer Langston Hughes and I had become friends. Marshall Stearns brought Langston up there to speak at one of his programs, which is how we first became acquainted. Langston eventually wound up participating in our history-of-jazz presentations a few times as narrator, the same concept that first came from Marshall Stearns. These programs were structured so that we would play different pieces to illustrate the various evolutionary steps in jazz history and Langston would do the reading. We took the music on a trip from Africa to the Caribbean, then the black church, the 1920s and people like Ma Rainey and Bessie Smith, then on to the swing era. I particularly remember once when we performed it at City College with Booker Ervin on tenor sax and Langston.

Years later Langston eventually introduced me to two women who assisted us in the development of our black musicians' organization, which we called the African American Musicians Society. These women were Ramona Lowe and Adele Glasgow and they worked with Langston, though I think it would be unfair and would somewhat belittle them if I were to refer to them as his secretaries. These two sisters, who lived downtown at the time I met them, had a strong desire to move to Harlem, and eventually they opened a place in Harlem called the Marketplace Gallery on 135th Street and 7th Avenue, near where the famous club Small's used to be. But before moving to Harlem they enabled me to lease their apartment in a building on 13th Street and Third Avenue, which was my first time living in Manhattan. This apartment was pretty impressive, with six huge rooms for only $76 a month rent. In this apartment they had one room loaded with nothing but books. These were two very literate women and through their many contacts they helped us organize the African American Musicians Society, and the Marketplace Gallery became our meeting place.

Ray Bryant: The African American Musicians Society came about because we started meeting informally to talk about the conditions we faced as musicians. The musicians' union was discriminatory in a number of ways, and we wanted to see if we could do anything about that. So we started kicking around some ideas and discussing what could be done about these conditions, including the music disappearing from the black neighborhoods.

The original members were Louis Brown, Nadi Qamar, Sadik Hakim, John Handy, Randy Weston, and I. Melba Liston came into the organization later and was elected vice- president. We decided to have a convention and invite musicians from across the Eastern Seaboard -- from Maine to Florida -- to inform everybody of what we were trying to do and invite certain black leaders to speak. A. Philip Randolph and John Henrik Clarke were two of our speakers.

One of our objectives was to insist that the musicians union include an anti- discrimination clause in all contracts, which we were successful in getting them to do; that clause still stands in all Local 802 contracts. All the union bigwigs were there at the conference and they consented to most of the things we wanted. The union had a trust fund, which consisted of surplus money in the treasury that was supposed to be evenly distributed among musicians for gig opportunities, but that wasn't happening, so we forced them to more evenly spread that trust fund money. We later organized to picket the building site of Lincoln Center because they were building that facility without any apparent awareness or plans for inclusion of black music; they just wanted to ignore black music completely.