Accessibility links
Tina Brown's Must-Reads: Women And Power Daily Beast Editor Tina Brown chats with Steve Inskeep about the best things she has been reading lately. This time, her recommendations focus on women and power, both those with it and those without it. 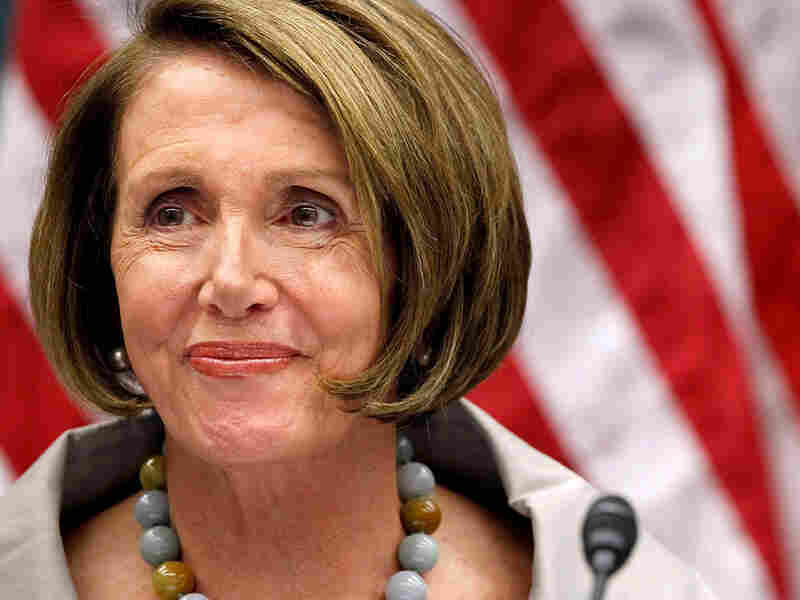 According to Mark Halperin's article, Speaker of the House Nancy Pelosi has plenty of reasons to stick around despite her party's loss in Congress. Chip Somodevilla/Getty Images hide caption 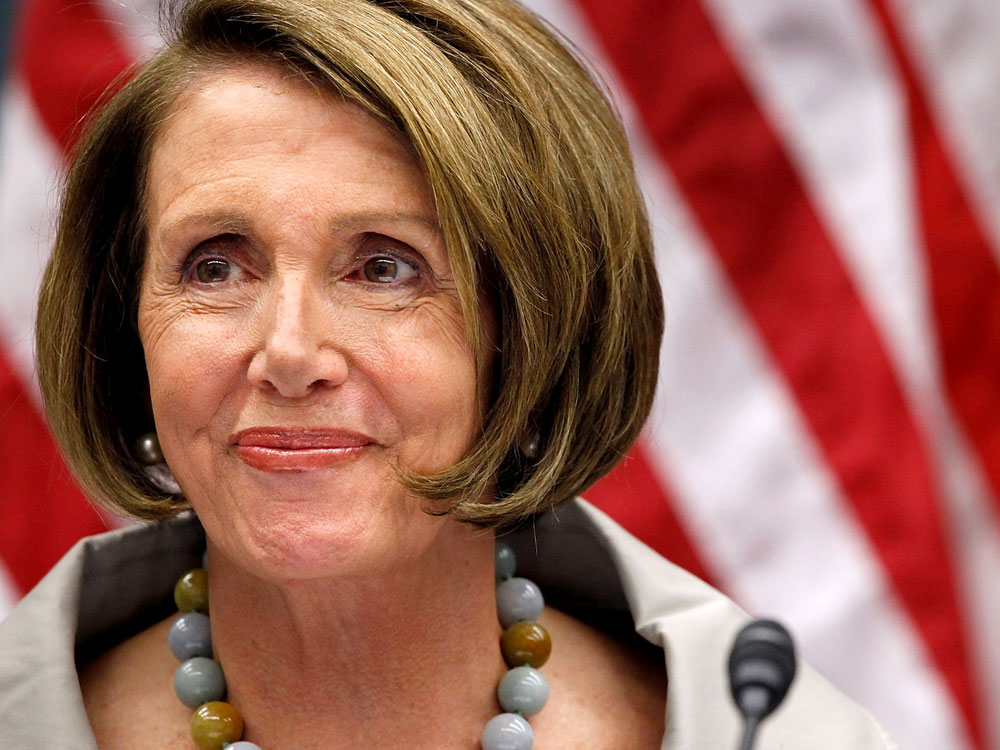 According to Mark Halperin's article, Speaker of the House Nancy Pelosi has plenty of reasons to stick around despite her party's loss in Congress.

Tina Brown, editor-in-chief of the Daily Beast, returns for a visit with NPR in a feature Morning Edition calls Word of Mouth. This time, she recommends a range of recent books and articles about women -- from Nancy Pelosi, the lame-duck speaker of the House of Representatives, to powerless women in western Afghanistan and then to the immensely powerful historical queen Cleopatra.

Brown's first choice is an article from Time magazine, "The Case For Nancy Pelosi's Staying Put," by Mark Halperin. The piece resonated "because it's sort of counterintuitive as everybody's baying for the blood of Nancy Pelosi, and saying she really must step aside after this horrendous rout."

"And he really makes the point that she's reliably made fools out of those who have underestimated her before -- and that there is a strong case for having her stay and fight for the agenda which she got passed."

Pelosi's signal that she won't step aside without a fight despite her party's defeat in the midterm elections runs contrary to norm; the previous speaker, Dennis Hastert, did retire when his party lost Congress, and before that Newt Gingrich stepped down even though his party didn't even lose control of the House -- it just lost some seats.

Some of the Democrats who have voiced discomfort with Nancy Pelosi have basically said that when you're in the minority, it's all about communication. When you don't have the power, you need to be able to send a message. And they worry that sending a message is not Pelosi's strong suit.

"It's not her strong suit," agrees Brown. "But that's the point really that Mark Halperin is making, which is, maybe it's not the time for Democrats to simply give up on the things that they fought for. ... We know that Republicans want to repeal health care, for instance, and she is now saying that she's going to stay and make sure that doesn't happen."

Brown also thinks that Pelosi may be feeling "that she was so demonized that maybe the pendulum will swing the other way."

Demonized because she was effective, as Pelosi has argued to The Washington Post's E.J. Dionne. Brown cites the relevant passage from the Dionne column:

"So she says that she's ready to fight on," Brown says. "And there is a possibility that you'll see a comeback for Nancy Pelosi, and [Democratic lawmakers] might even feel glad that they have such a ferocious fighter with them."

'For Afghan Wives, A Desperate, Fiery Way Out'

Brown's next choice is a disturbing article about women who have no power at all. Written by Alissa J. Rubin for The New York Times, it's an exploration of a horrifying trend that's going largely unreported in a country that's much in the news.

"I was so incredibly moved by this piece," says Brown. "It's a terribly sad story about how in western Afghanistan, the desperation and misery of women is such that they have taken, in greater and greater numbers, to setting fire to themselves." It's a means of escape, Rubin writes, "from poverty, from forced marriages, from the abuse and despondency that can be the fate of Afghan women."

Brown argues that Afghan women don't get enough attention in the public conversation about the strife-torn country. "They have become something of a rounding error," she says, "in the [debate] about what to do about Afghanistan. The president really never mentions women" there.

But she does give credit to others for seeking to improve the lives of these women.

"Secretary [of State Hillary] Clinton has campaigned very fiercely for the greater empowerment of women, [for] their education," Brown says. "[And] Goldman Sachs actually has launched this incredible program, Ten Thousand Women; I actually hosted something with them the other day for two amazing young Afghan entrepreneurs who -- in the face of all these things that they have to confront -- have nonetheless become entrepreneurs. We had a 25-year-old woman who was running a construction company with 75 people working for her, and her whole city is ringed by the Taliban, and she just somehow manages to run this business. So the place is full of these kinds of women who are fighting against all odds to get their independence, to try and make a life. And I think the desperation of some of these women in these rural places, who feel no exit, they see nothing for themselves except to make this protest, which is the only independent thing they can do -- set fire to themselves, which is an incredibly sad thing."

Lastly, Brown points readers to the story of a woman who reached the very pinnacle in her time, both socially and politically. From historian Stacy Schiff, a new biography of Egypt's most famous queen takes a fresh look at a woman not always remembered for her erudition. 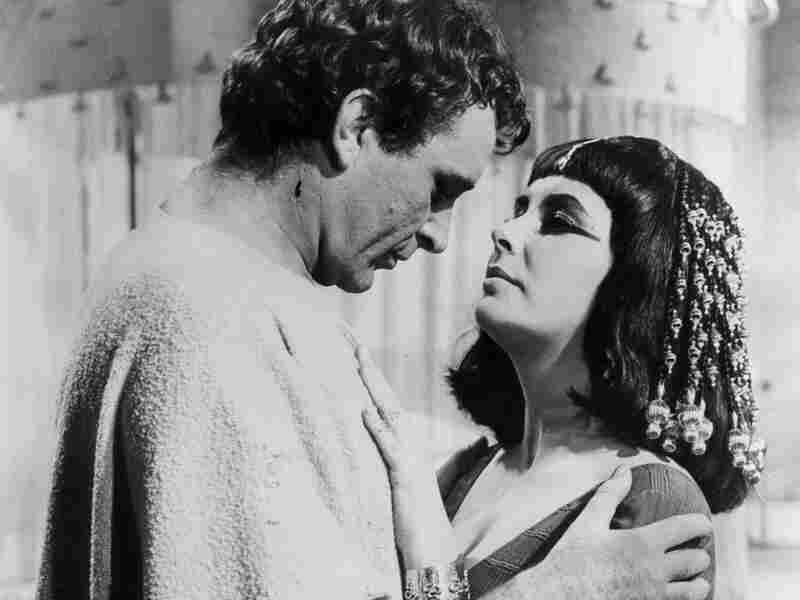 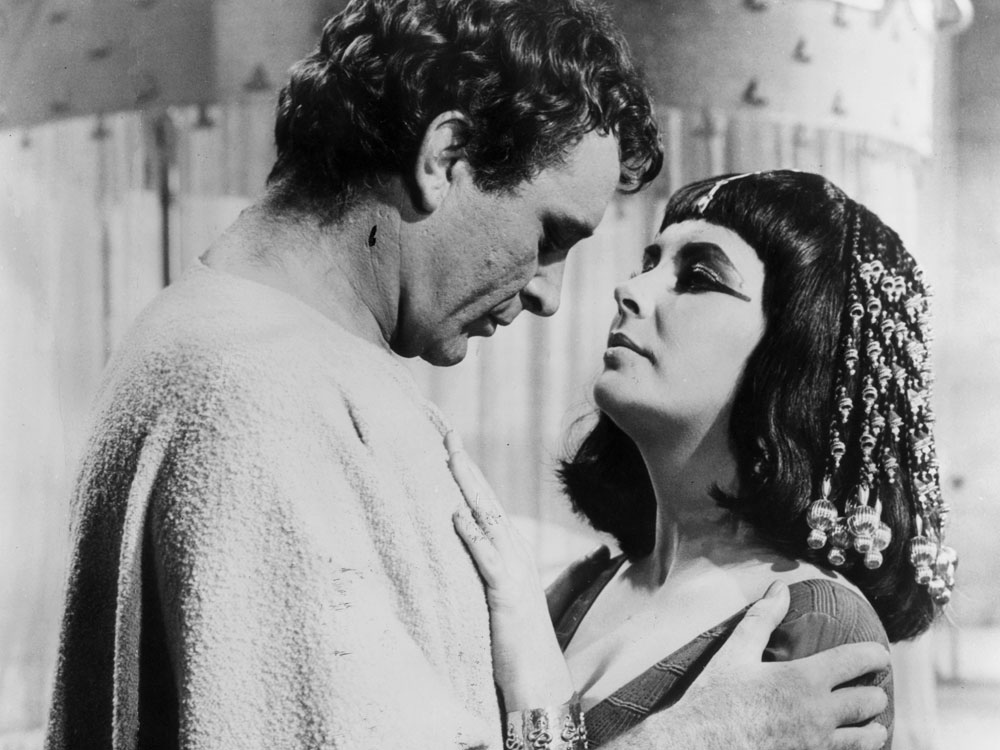 "[Cleopatra] is a fascinating woman and always has been," Brown says. "Stacy Schiff, who is a brilliant writer, and has created a book that is so well-written that it's almost like a novel in its juicy literary flair, writes about a woman who we just have never heard of before in this kind of way about her. She's always been buried in the mascara of screen icons, for us."

For many, that mascara was Elizabeth Taylor's. Now Cleopatra is going to be played by Angelina Jolie.

"But Cleopatra was a woman so brilliant, in fact: She spoke seven languages, she commanded fleets, she was wildly learned from the books that were housed in the great library in Alexandria -- the capital of learning as well as the capital of fashion -- and she had an extraordinary grasp of the theatricality of power."

Despite all this, says Brown, history remembers her for her seductive wiles -- and her luxurious indulgences.

"She's in ways been written off slightly as a kind of luxurious creature who played a siren to all these powerful Caesars," Brown says. "But of course her use of luxury, and her use of splendor, was very much about power politics, and she understood that when she appeared in Tarsus [for] her first meeting with Mark Antony, she arrived on this incredible barge with purple sails, and nymphs fanning her. She really was extraordinary -- and of course one look at her and Mark Antony was just dazzled out of his mind, and of course began this passionate 10-year affair with her that ended in their double suicide."

Brown loves the way that Schiff portrays Alexandria, turning the city itself into a kind of siren.

"This city is evoked so brilliantly," Brown says. "[Schiff writes] that, 'During the day, Alexandria echoed with the sounds of horses' hooves, the cries of porridge sellers and chickpea vendors; the spice stands released exotic aromas; long-legged white and black ibisses assembled at every intersection. It was a mood-altering city of extreme sensuality and high intellectualism, the Paris of the ancient world, superior in its ways, splendid in its luxuries, the place to go to spend your fortune, write your poetry, find or forget a romance, restore your health, reinvent yourself or regroup after having conquered far swaths of Italy, Spain and Greece over the course of a Herculean decade."

"Wonderful stuff," Brown enthuses. "And of course even more evocative given that that old Alexandria has sunk beneath the sea. There's something very, very haunting about that -- you know, you kind of wonder whether somebody will be saying the same thing about New York City, you know, 500 years from now, buried beneath the oceans."