Accessibility links
Palin Goes Out On Cultural Limb To Promote Herself A new reality show starring the folksy political firebrand debuts Sunday on the cable channel TLC. The show offers nothing on her qualifications for higher office, which is precisely what makes it a shrewd marketing strategy. 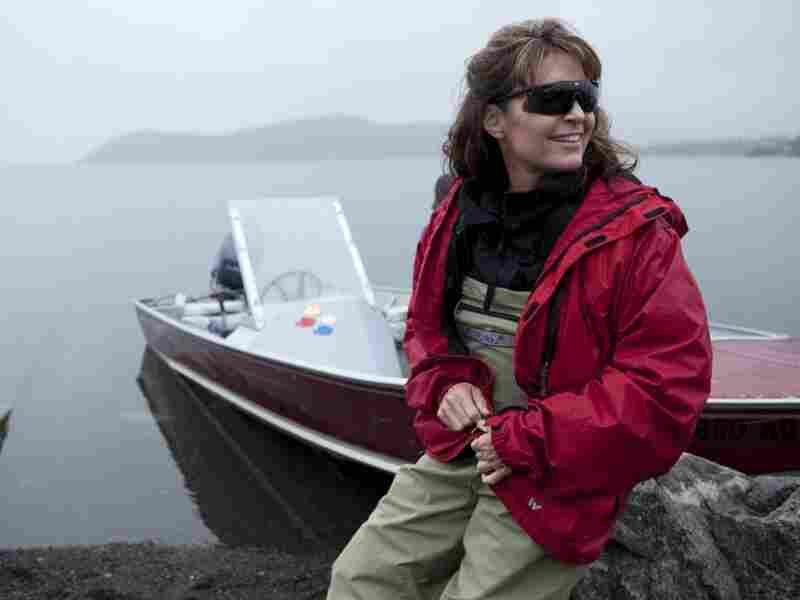 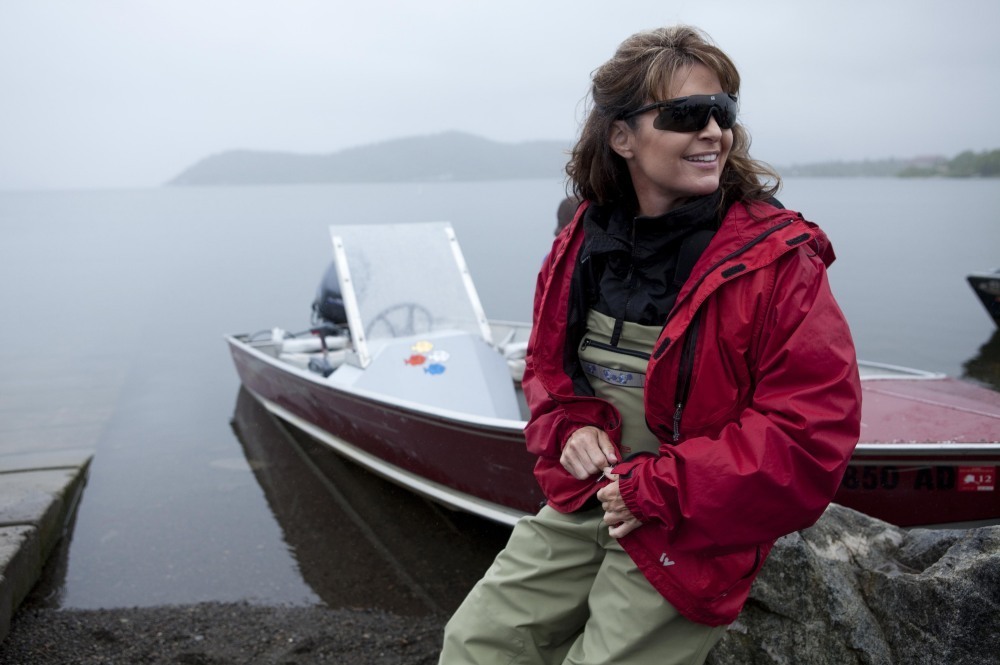 If Sarah Palin wanted to supply ammo to her enemies, her reality show is like handing them a cannon. But if she runs for president, Sarah Palin's Alaska will be looked back on as a brilliant move.

It's not a great TV show. It's really just a nature documentary mixed with footage of her day-to-day family life. And when you live in Alaska, life just happens to involve navigating treacherous terrain.

When teaching her children to fish, Palin notices a nearby bear and tell the girls not to aim toward the bear.

"OK? Because if you hooked the bear he would get ticked off."

The show offers nothing on her qualifications for higher office, which is precisely what makes it a shrewd marketing strategy. Palin's show is just another example of politicians going a little further out on a cultural limb than you might presume they would to promote themselves. Think Bill Clinton playing the saxophone on Arsenio Hall's show or Barack Obama appearing on The View, where he was asked if he knew that Lindsay Lohan is in jail.

Now it may sound tawdry to say -- Sarah Palin is going to go on a reality show -- but reality show is the most meaningless term in the television business. The unscripted genre is really like eight different kinds of shows. It makes no sense to compare Sarah Palin's Alaska with Jon & Kate Plus Eight or Dancing With the … Oh, wait, Palin's daughter Bristol is on that show.

When some people hear "reality show," they presume they're getting an all-access pass to somebody's life. That may be true for average Joes who sign their lives away to be on these shows, but not someone of Palin's stature. The truth is, what you're going to see on the show won't really be the truth. What it will be is a carefully choreographed projection of the kind of life Palin wants you to think she leads. And should any unguarded, unflattering moments occur while filming, trust me, she won't allow them to air.

Which isn't to say Sarah Palin's Alaska is completely sanitized. You'll see her overdosing on her Blackberry and scolding her kids. And that's smart. If she seemed like some kind of superwoman, it would ring false even to Palin's most devoted followers. Now if her detractors find they relate to her in a whole new way, well, then going on TV will have really paid off.