Accessibility links
As Beef Prices Stay Low, Small Ranchers Cry Foul For decades, U.S. cattle prices were set in the open market. But now, cattle are often produced under contract to buyers, for prices largely negotiated in advance. Small ranchers say they regularly get less than what larger producers can negotiate. 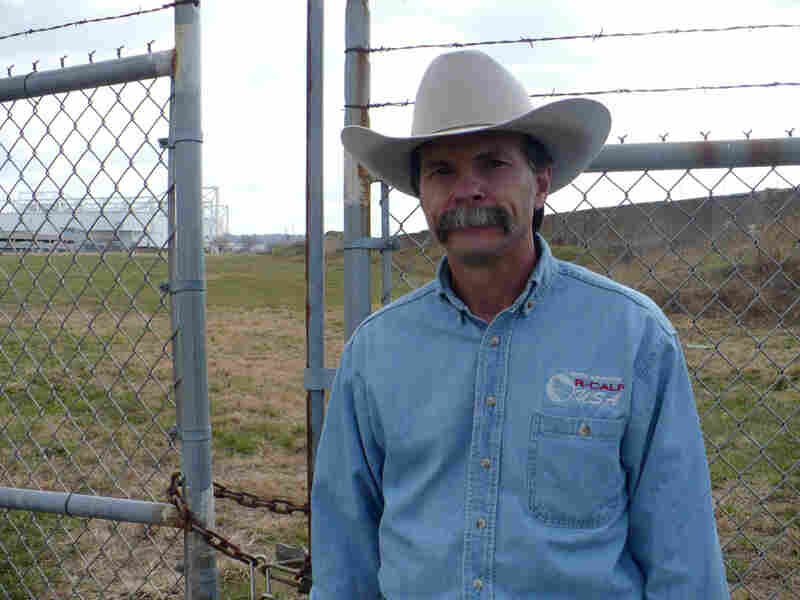 You may have noticed the price of beef is high, but for years most of the ranchers who raise the cattle have been barely getting by, and going out of business by the thousands.

Some blame the meatpackers, who, they say, manipulate the prices cattle producers get. The U.S. Department of Agriculture has announced plans to ramp up efforts to protect producers from packers. Some ranchers love the idea. Others hate it.

Ninety years ago, the area just outside downtown Kansas City was one of the world's largest stockyards. Decades ago, stockyards like this were the gathering point for cattle ready for slaughter.

"The packing houses would send buyers to bid aggressively to get all the cattle that they needed," says Bill Bullard, who runs R-CALF USA, a cattle producers' trade organization.

But the packing houses manipulated prices to the extent that Congress passed the Packers and Stock Yards act of 1921. Bullard can quote it line and verse.

"Packers are prohibited from engaging in any unfair, unjustly discriminatory or deceptive practice," he says. "That portion of the act has never been implemented."

Bullard says that lax oversight is putting ranchers like Randy Stevenson out of business.

Stevenson used to sell his cattle at his local auction market in eastern Wyoming, but no more.

The beef industry is now dominated by four huge packing companies. They buy most of their animals through confidential contracts. Stevenson says those agreements tend to favor high-volume producers, and punish guys like him. 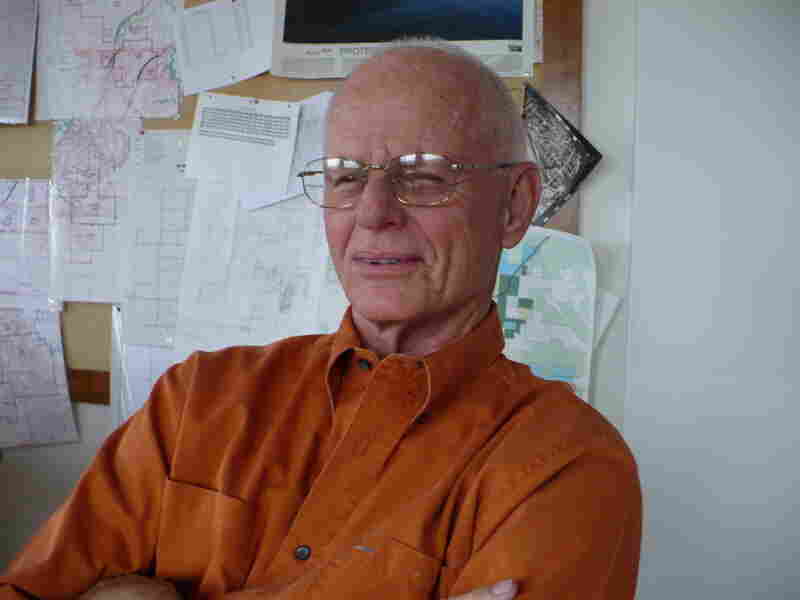 Bill Haw, a Kansas rancher and businessman, speaks in front of a wall holding maps of his land holdings at the Livestock Exchange Building in Kansas City. Frank Morris/KCUR hide caption

"I filed for bankruptcy this year," he says.

More than half a million cattle operations have gone under in the last three decades. Mississippi cattleman Fred Stokes has a word for what's happening: chickenization.

The kind of contract-buying some cattle ranchers hate took over the poultry industry decades ago. Mike Weaver, who heads Contract Poultry Growers of the Virginias, says survivors barely hang on.

The Department of Agriculture wants to force packers to justify any preferential pricing they give one rancher over another. But some farmers who have flourished working closely with packers say they are not interested in a big government "solution."

"This is a disastrous, bureaucratic overreach that is bad for farmers and ranchers, bad for consumers and bad for rural America," says Doug Wolf of the National Pork Producers Council.

He says the system rewards quality and consistency.

"There is what I call the Little House on the Prairie Syndrome," he says. "Somehow we're all obliged to subsidize and provide favorable conditions for the smallest of producers in agriculture."

The rule change could be expensive. The meat industry cites studies it sponsored highlighting new costs in the billions of dollars.

Bill Donald, president elect of the National Cattleman's Beef Association, says the rule changes are too vague to make an exact damage estimate, but he thinks they would do harm.

"Because, I think it's going to disrupt the cattle markets to the point that there'll be a lot of producers that end up going broke," he says.

Ranchers on both sides of the debate over the Packers and Stockyards Act changes predict more pain in the industry if things don't go their way. It could be that they are both right.

Asked about it at a news conference in Kansas City on Thursday, Agricultural Secretary Tom Vilsack recited grim statistics: 9 out of 10 hog farmers operating in 1980 are gone.

"Everybody satisfied with those trends? Everybody think that's a good idea?" he asked. "Question is: Is it the market or is it something else? That's a good question. And how do you ask that question? You propose rules, and you get comments, and you have a conversation about it."

It's a conversation that's likely to go on a while, so long as farmers, who get pennies on the dollar for the food they produce, feel they are being ripped off by the big corporations they supply -- and those corporations continue to relentlessly push for greater efficiency on the farm.