Accessibility links
Yuengling, Oldest U.S. Beer Maker, Eyes Expansion One of the biggest American beer makers is a lesser-known regional company, D.G. Yuengling and Son -- the country's oldest. Founded by a German immigrant in Pennsylvania 181 years ago, it's still run by the Yuengling family, and it's still growing. 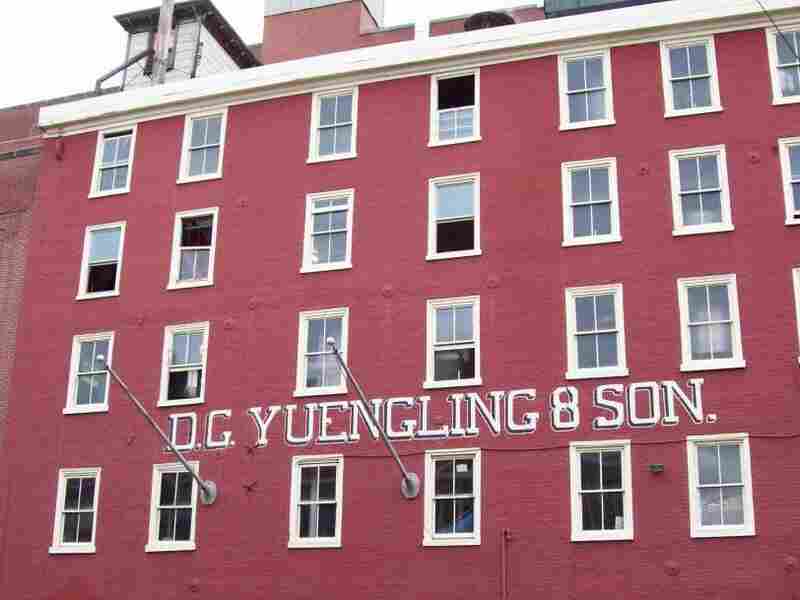 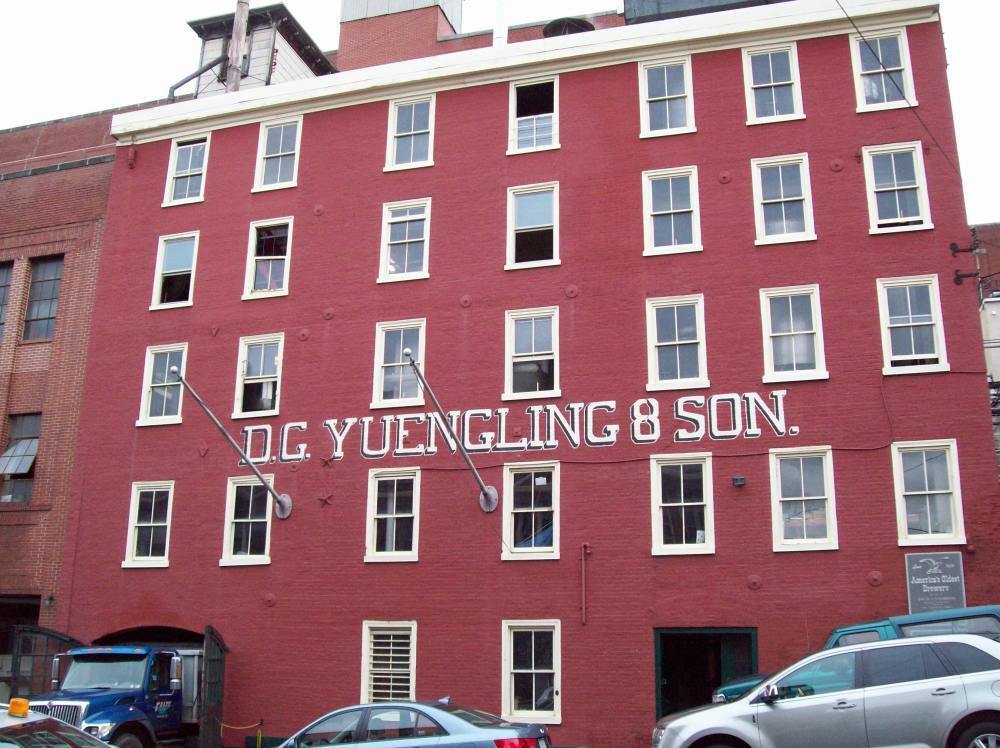 Yuengling's flagship brewery in Pottsville, Pa., dates back to the early 1800s.

When you think American beer, you might think Budweiser, or Miller. But neither of those is American-owned anymore. Like many big-name brews, they've been bought up by overseas companies.

One of the biggest American beer makers is a lesser-known regional beer company, D.G. Yuengling and Son -- the country's oldest beer maker. Founded by a German immigrant in Pennsylvania 181 years ago, it's still run by the Yuengling family, and it's still growing.

Although Dick Yuengling (pronounced "ying-ling") has one foot stepping toward the future, the other is rooted firmly in the past. That's evident when the 67-year-old walks into the company's original brewery in downtown Pottsville, Pa.

"It's what I grew up with, and most breweries in the United States that were built like this in this era are all gone; there's only a few left," Yuengling says.

As he walks beneath a maze of black pipes carrying ingredients, Yuengling explains that his company has tried to carve out a niche on the craft beer market.

"There's nothing wrong with the national brands," he says. "We just make beer that is for a select group of people that want to buy a beer at the right price and with good taste and character to it."

Yuengling sells its beer in 13 states across the East and the District of Columbia -- and its fifth-generation owner does not foresee a day when Yuengling would become a national brand.

"You don't want to just go out there and throw beer into a marketplace and hope you succeed, because it's a formula for failure, in our opinion," he says.

Despite that mantra, Yuengling has seen dramatic growth in recent decades.

You will see it available at a blue-collar working person's bar or restaurant in Pennsylvania's coal country. Yet you'll also see it as a choice at a white-tablecloth restaurant in Philadelphia.

The company bought its second facility -- a brewery in Tampa, Fla. -- a little more than a decade ago. Then a third -- the modern Mill Creek facility in Pennsylvania -- went online a couple years later.

Production soared -- to 2.2 million barrels last year. The company has signed a letter of intent to buy another brewery in Memphis, Tenn., which could produce another 5 million barrels a year. But Yuengling's chief operating officer says the plan would be to start out slow.

Craig Purser, president and CEO of the National Beer Wholesalers Association, says strategy and discipline have been a constant with the company. Purser says another key to success is the versatility of Yuengling's signature lager.

"You will see it available at a blue-collar working person's bar or restaurant in Pennsylvania's coal country," he says. "Yet you'll also see it as a choice at a white-tablecloth restaurant in Philadelphia."

That sense of nostalgia is not lost on visitors to the historic building in Pottsville, where the smell of roasted grain fills the air and helps tell the company's story.

"It's amazing to see all the history and stuff," says Brad Kramer of Allentown, who toured the brewery recently.

"Ever since I was little, my parents always drank Yuengling. ... Now I do because of them, so they got me hooked on it," he says.

Dick Yuengling is preparing the sixth generation of Yuenglings -- his four daughters -- to take over the family business.

On the brewery tour, one of the most commonly asked questions is about succession.

"Are any of the daughters married?" asks one visitor.

But Dick Yuengling says he has no plans to retire anytime soon.