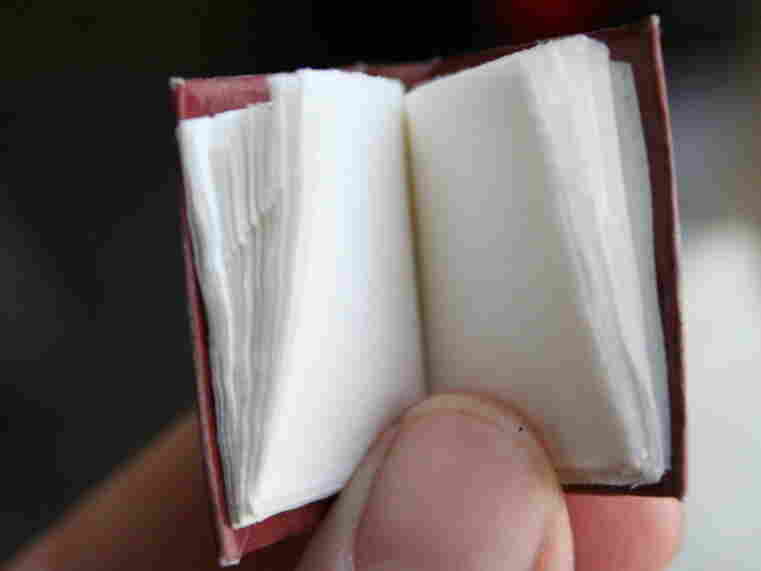 Can you tell a whole story in 25 words or fewer? Inspired by the six-word novel attributed to Ernest Hemingway -- "For sale: baby shoes, never worn" -- Robert Swartwood has compiled a new anthology of bite-sized fiction.

The stories in Hint Fiction are short enough to be text messages, but the genre isn't defined only by its length. It's characterized by the way the form forces readers to fill in the blanks, Swartwood tells NPR's Scott Simon. Most fiction hints at a larger story, he says, but the brevity of these stories really challenges the reader's imagination.

The short stories in Hint Fiction were selected from more than 2,000 submissions -- Swartwood started small, soliciting stories on his website, but the contest grew in scope when publisher W.W. Norton got involved. The anthology also features the writing of well-known authors, including Joyce Carol Oates, Ha Jin, Peter Straub and James Frey.

Swartwood has read a lot of very short stories by now, and he says he has identified some typical rookie mistakes. Many stories come across as "first sentences" or just "random thoughts," he explains. People think it's easy to write a story in 25 words or less -- but it's much harder than you might think.

She: Macular. He: Parkinson's. She pushing, he directing, they get down the ramp, across the grass, through the gate. The wheels roll riverwards.

Can You Write A Story In 25 Words Or Fewer?

Share your tiny work of fiction in the comments section below.

The stories are extremely short, and yet, they feel whole. "A lot of these stories could be expanded into longer stories," Swartwood says, "but as they are, they're complete -- which is the challenge and the beauty of the form."

Swartwood occasionally fields questions from skeptics who fear the hint fiction trend will just further shorten already short attention spans. But Swartwood finds that these first 25 words often serve as a jumping-off point. A 25-word story is approachable; it allows new authors to "start small" and then gradually expand their storylines.

"It helps writers grow as writers," Swartwood says. "[Writing short fiction] helps them learn word choice and helps them with their longer forms."

Though it's hard to choose from the 125 bite-sized stories in the collection, Swartwood shares a few of his favorites: 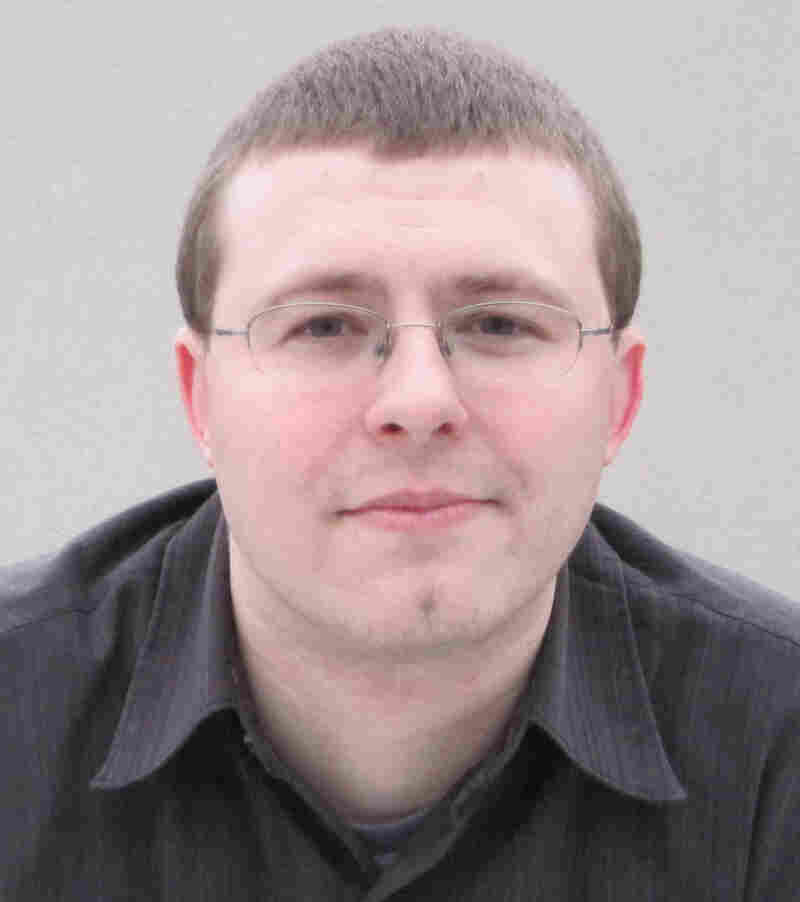 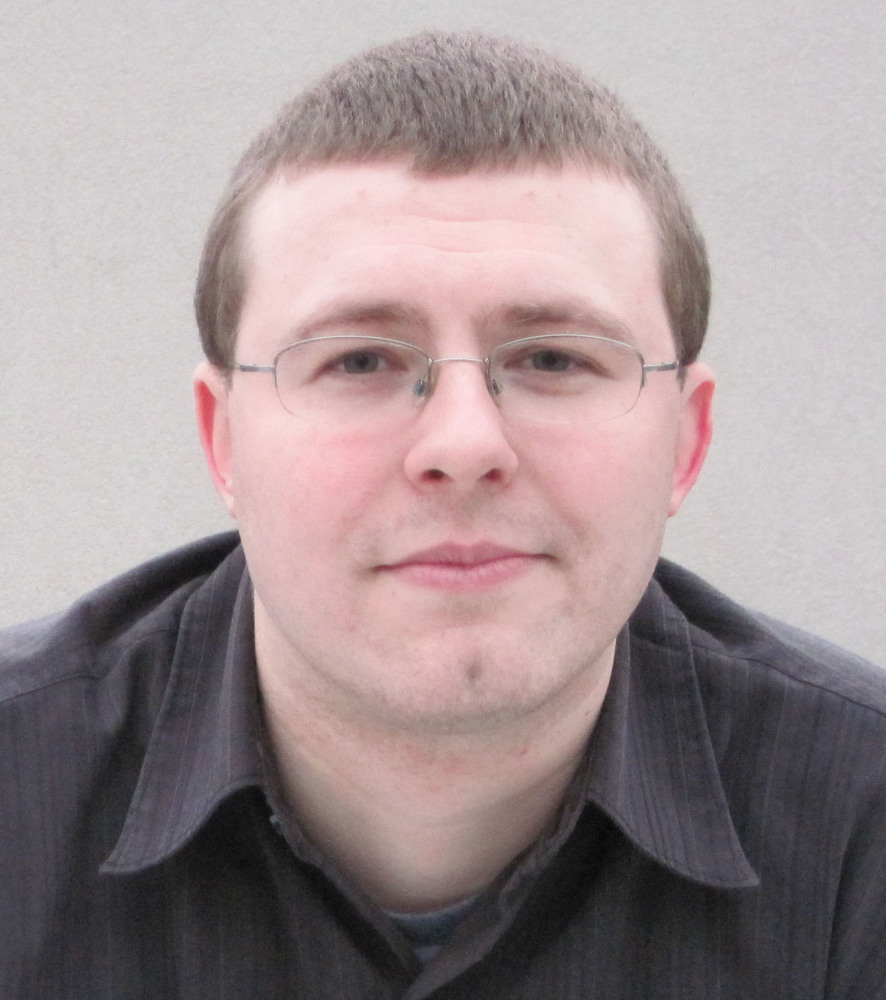 J. Matthew Zoss'
Houston, We Have a Problem
I'm sorry, but there's not enough air in here for everyone. I'll tell them you were a hero.

David Joseph's
Polygamy
I miss her more than
the others.

Joe R. Lansdale's
The Return
They buried him deep. Again. 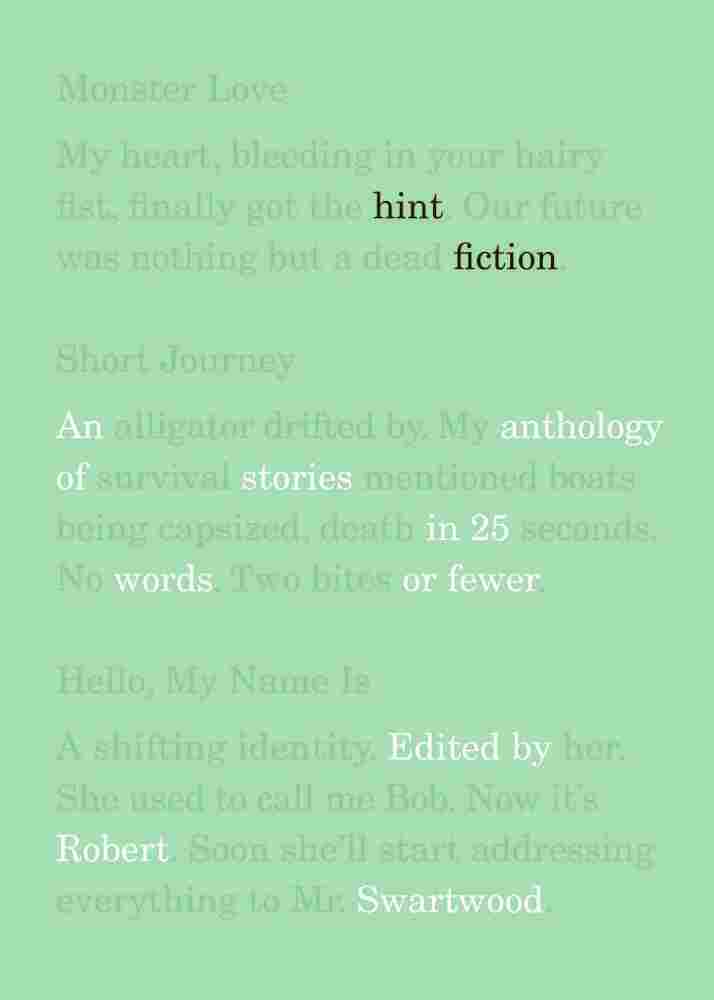 Barry Napier
Through Tiny Windows
When they opened the cadaver, they found a house. A couple argued inside. There was rhythm to their words, like the beating of a heart.

L. R. Bonehill
Cull
There had been rumors from the North for months. None of us believed it, until one night we started to kill our children too.

Daniel A. Olivas
Better Than Divorce
The bull terrier watched the car fishtail and then straighten as it sped away. The dog turned, looked down, and gently licked his master's forehead.

Max Barry
Blind Date
She walks in and heads turn. I'm stunned. This is my setup? She looks sixteen. Course, it's hard to tell, through the scope.

Peter Straub
The Endless Mystery
When, on his deathbed, he last saw her, she had not aged by so much as a day.

John Cashman
One Month Too Soon
Penelope was wakened by the cheers from the agora. She turned to the man in her bed and whispered, "What have I done?"

Minter Krotzer
Dickie
Everyone in town went to the same gynecologist, Dickie. Even Dickie's sister went to Dickie. No one thought this was strange except for the out-of-towners.

Stuart Dybek
Ransom
Broke and desperate, I kidnapped myself.
Ransom notes were sent to interested parties. Later, I sent hair and fingernails, too.
They insisted on an ear.

Will Panzo
The Man Of Tomorrow Or Maybe You've Heard This One Before, But You've Never Heard It Like This
Dying planet. A boy, a rocket, a last hope. Kansas cornfield crash landing. Ma finds it sleeping in the crater. Pa fetches the shotgun. 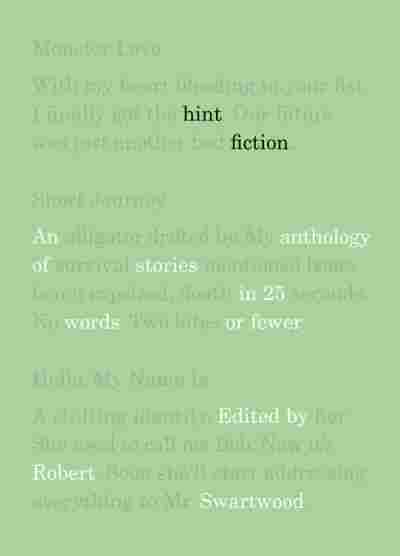