Accessibility links
Deputy Attorney General Nominee Jim Cole Waits For Senate Vote Some of the people vying for attention from the Senate during the lame-duck session are key Obama nominees, including the right-hand man at the Justice Department and nearly two dozen federal judge candidates. 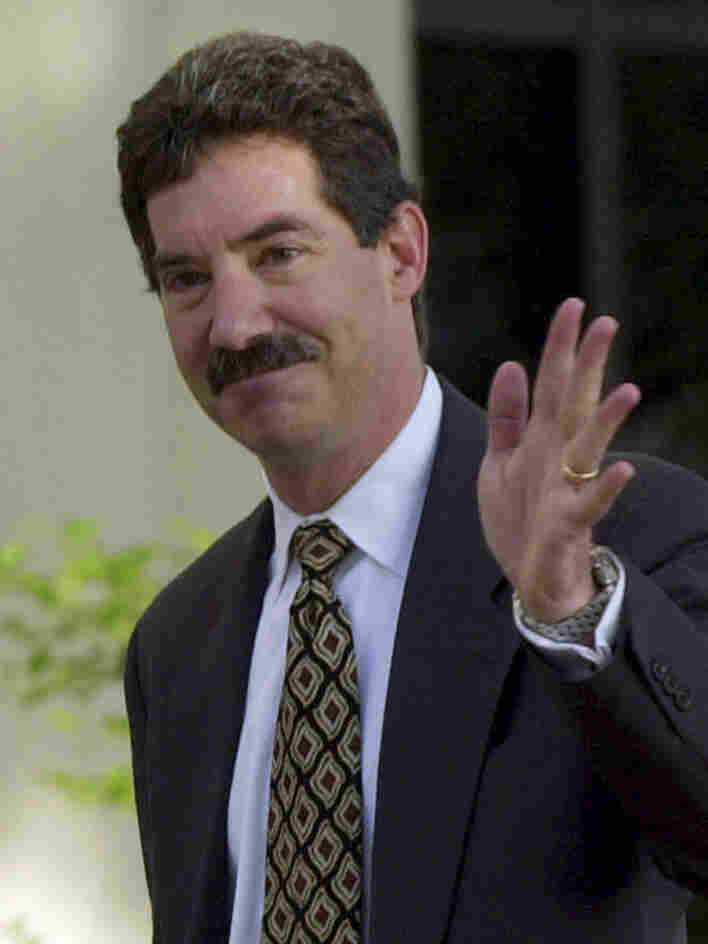 Jim Cole, shown in 2000, has been waiting more than 63 days for a confirmation vote in the Senate after being nominated by President Obama to be deputy attorney general. Bill Haber/AP hide caption

Congress returns Monday from its break for the midterm elections, and the lame-duck Senate has more work on its calendar than time to get it done.

Some of the people vying for room on the Senate floor are key Obama nominees, including the right-hand man at the Justice Department and nearly two dozen federal judge candidates.

Think of the Senate calendar as a game of musical chairs: There are lots of people and priorities racing around, hoping they will find a seat when the music stops and Congress leaves town for the holidays.

One of them is Jim Cole. The White House nominated him almost six months ago to be the Justice Department's deputy attorney general, kind of like the chief operating officer for the entire department.

Cole, who started his career as a public corruption prosecutor, went on to build a lucrative private law practice. He is attracting bipartisan support from lawyers he worked with over the past three decades.

Fred Fielding, a White House counsel for President George W. Bush, said, "Jim Cole combines all the qualities you want in a 'citizen public servant' -- he understands both sides of the street, is smart and tenacious, and is a person of unquestioned honor and integrity."‪

But Cole now holds a record he would rather avoid: According to statistics provided by Democrats, he's become the longest-waiting deputy attorney general candidate since before the Reagan administration.

Cole has waited more than 63 days. The last person to even come close, in the Reagan years, waited 61 days -- in part because of a summer recess in Congress, the report said.

Waiting For A Vote

Shortly after Cole's nomination in May, Alabama Republican Sen. Jeff Sessions criticized him for his work in private legal practice, monitoring the fallen insurance giant AIG, and for his approach to national security.

"He's written an op-ed, for example, that suggests that he believes the 9/11 attacks were criminal acts, not acts of war," Sessions told NPR at the time. "Apparently, he didn't do so well in his oversight with AIG. And so I do believe that this won't be just a coronation."

It's been far from a coronation: Even Sessions finally said he thought Cole would be confirmed, back in July. Cole got through the Judiciary Committee that month on a party-line vote.

But then, as with so many other issues this year, he got stuck waiting for a vote on the Senate floor.

The Justice Department has had to work around Cole's absence.

If confirmed, he would be one of a few officials authorized to sign surveillance warrants in national security cases. The delay is putting pressure on a small group of officials who can.

Ken Wainstein ran the Justice Department's national security unit in the Bush years, and he said there's another cost: to the department's prerogative in administration-wide debates.

"The department is increasingly involved in counterterrorism-related issues, and it's important that there be a strong voice at the table in those deputies' committee meetings on behalf of the Department of Justice," Wainstein said. "And that voice is strongest when it comes from a presidentially appointed and Senate-confirmed deputy attorney general."

A spokesman for Senate Majority Leader Harry Reid said in an e-mail that Reid wants to push ahead on as many nominations as possible. But, he said, there's a long list of things to do and not a lot of time to do them.

Nan Aron, who runs the left-leaning Alliance for Justice, is lobbying for movement on Obama's judicial nominees. And Aron says the numbers tell a bleak story.

"Bush had twice as many judges confirmed than Obama at this moment in time, and President Clinton had three times as many judicial nominees confirmed, so this situation has reached crisis proportion," Aron said.

Republicans, on the other hand, take issue with the characterization that there's a judicial vacancy crisis. They say it's up to Senate Democrats to schedule the votes on nominees and to set the priorities on the legislative calendar.

Although the White House and Senate Democrats say the law enforcement nominees remain a high priority, they're putting more weight behind Jack Lew, the candidate to lead the Office of Management and Budget.

Cole at the Justice Department and 23 judge candidates are still waiting to hear whether they will be left without a chair when the music stops in the Senate in three weeks.