Accessibility links
U.S. Lags Behind Europe In Traffic Safety Traffic fatalities have been declining in this country, but not as fast as they have been in Europe. A new report examines the lessons the U.S. can learn from other countries in reducing fatal traffic accidents. 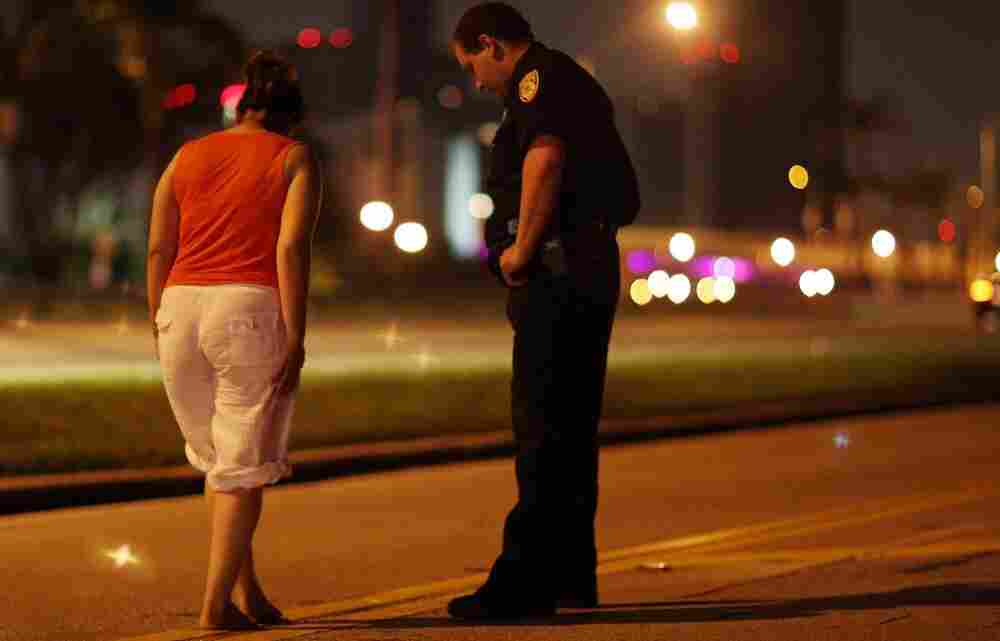 A new report says Europeans are doing a better job than Americans of reducing traffic fatalities. The reason for the discrepancy is not technological -- it's sociological.

Traffic fatalities have been declining in this country in recent years, but the reason has more to do with the economy than with improved safety measures.

Oster is the chairman of a committee convened by the National Research Council to examine why traffic fatalities are going down faster in Europe than they are in this country. The bottom line is fairly clear.

"It's not that they have technologies that we don't have; it's that they use them more extensively and they manage their highway safety programs more [intensely] and better than we do," says Oster.

Take the rather low-tech solution of requiring motorcycle riders to wear helmets.

And that trend isn't restricted to helmet laws. Other safety measures are under assault. In the last election, voters in Houston approved a measure to ban cameras designed to catch people running red lights. Michael Kubosh, who led the effort, said he and his colleagues made the case that the cameras were there as a revenue source, not a safety measure.

But safety experts say traffic tickets aren't written for everybody, just people who break the law.

"We've sort of lost track of the fact that the real victims of red-light running aren't the red-light runners; it's the people they're running into," says Adrian Lund, president of the Insurance Institute for Highway Safety. "There is a segment of the population that seems to feel that they have the right to violate speed laws and run red lights without getting caught."

On The Road To Safety

Lund says another approach to reducing deaths is frequent roadside sobriety checks. The report says such checks are common in Europe, and rules there are generally stricter about blood-alcohol levels. Lund says enforcing existing laws here would help a lot.

Lund is hoping that instead of random roadside testing, the future may hold a technological fix: cars that simply can't be started by an intoxicated driver.

The report also suggests that changing the way we construct new roads in this country could save lives. Report author Oster says we'd do well to replace intersections with roundabouts or traffic circles. Those have been shown both in the U.S. and elsewhere to be very effective at reducing fatalities and injuries at intersections, he says.

Part of the reason is that people have to slow down as they approach the circle. But even if they barrel into the roundabout, they are less likely to die in an accident.

"The kinds of accident you might get in a roundabout are more sort of minor collision, people going basically in the same direction. They tend not to produce injuries or fatalities," Oster says.

Study: Traffic Incidents Top Cause Of Police Deaths May 13, 2010
Most Auto Accidents Caused By Drivers, Not Defects Feb. 12, 2010