Accessibility links
To Fill Job Skills, Firm Brings Training In House Experts say the current educational system and private-sector training efforts aren't preparing workers for job opportunities. So, a metal-parts factory near Boston has done something unusual to ensure its workers have the necessary training: It started its own school. 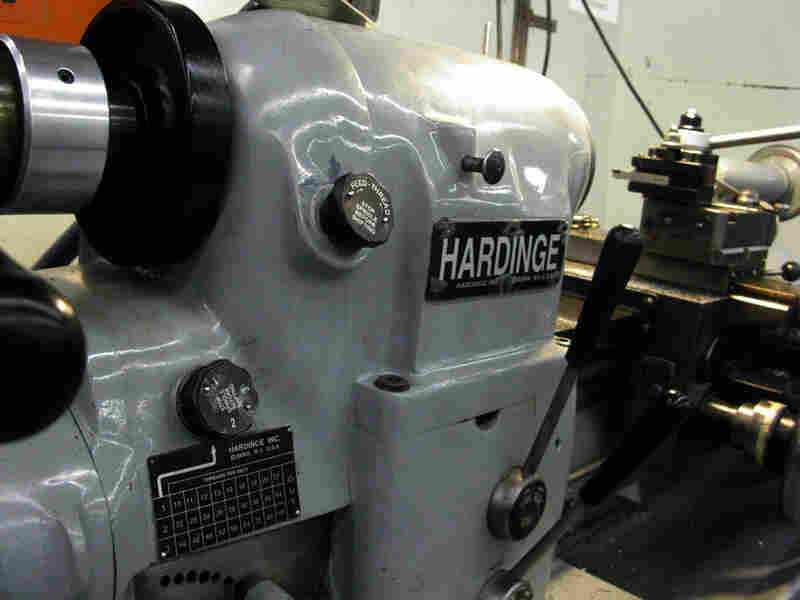 The Custom Group trains workers at its school to use many of the latest high-tech machines. But for simple tasks, workers still use some of the original equipment from 1969, when the company started. Chris Arnold /NPR hide caption 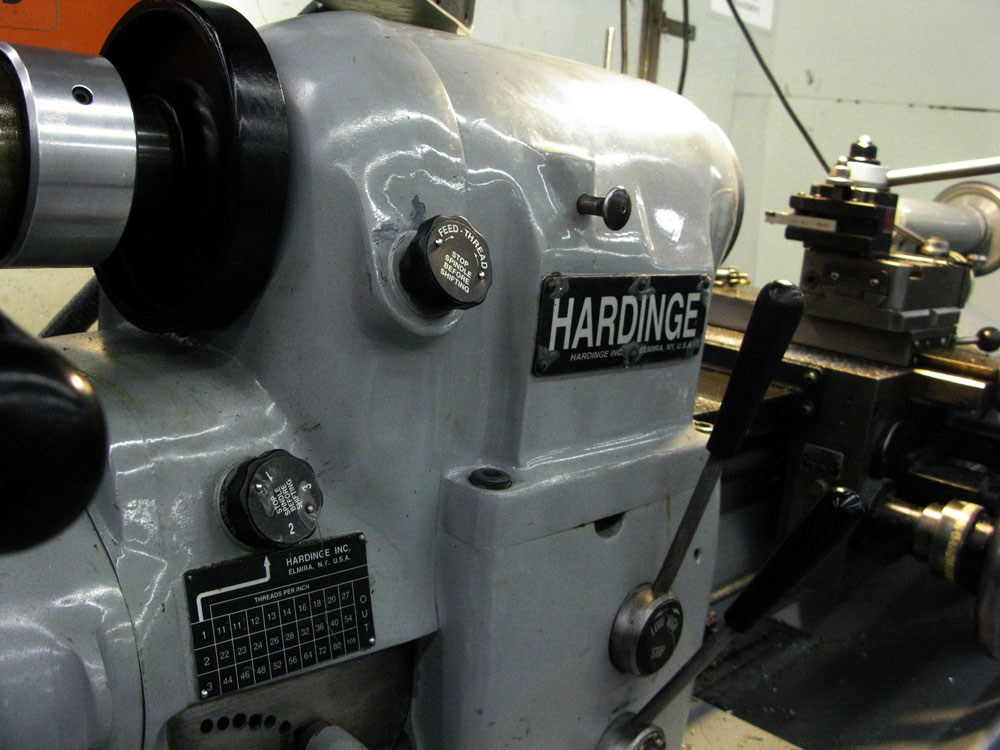 The Custom Group trains workers at its school to use many of the latest high-tech machines. But for simple tasks, workers still use some of the original equipment from 1969, when the company started.

The unemployment rate remains stubbornly high, but there are still about 3 million job openings across the country.

Some experts say employers are having trouble finding qualified people for too many of those jobs. They say the problem is that technology is outpacing the country's current approach to educating and training workers.

Some people might think that working in a metal-parts factory would mean wearing greasy overalls and laboring in a dimly lit and potentially dangerous place. "People have an image of a dark, smoky factory with a dirt floor with metal parts flying everywhere," says Carl Pasciuto, president of the Custom Group, a manufacturing company outside Boston.

"There's probably $2 million worth of machines in your eyeshot right here," Pasciuto says from a corner of the factory floor. "That's what's necessary to survive."

His company makes metal parts for airplanes, submarines and just about anything else that needs precise, high-quality construction. The machines here cut the parts out of blocks of aluminum, steel, titanium and other metals.

Some of the equipment is so advanced, the control consoles look like the inside of an airplane's cockpit, with dozens of different dials, knobs and gauges.

"The technology today makes it easier to machine faster and better, but it also requires a lot of training," Pasciuto says.

But he says there just aren't enough people getting that training. The company has 90 employees, and in recent years Pasciuto has had to hire a string of temporary workers. But he says most didn't have the right skills and education, and they didn't work out. It was a serious problem.

Manufacturing Jobs On The Decline

U.S. manufacturing jobs have fallen by about 5.6 million since 2000.

So the company has done something unusual: It started its own training school.

In a classroom set up at one end of the building, Todd DellaPorta teaches trigonometry to 12 adult students. He's teaching them how to calculate the precise place to drill a hole in an aluminum component.

DellaPorta is the lead instructor at the new school, called the Center for Manufacturing Technology. He says the students' education levels and work experience are all over the map, but most are doing well.

"That's what always amazes me — they come from all walks of life," he says.

One used to sell jewelry; another worked in health and fitness. One was a welder.

The students get experience cutting metal parts in the school's own machine shop, where they learn to use state-of-the-art computer-controlled equipment.

And just about all of the students have actually been hired by this or other local companies, many before they even graduate.

Patrick Lubega, an immigrant from Uganda, was laid off from his job in a printing factory nearby. He started seeing job openings in online ads for this kind of work. "Whenever you go on Craigslist, you're going to find 100 jobs in this field," Lubega says. "So [I decided] this is the field I want to be in."

He has now been hired by the company, and he's continuing to take classes.

"In this trade you have to keep learning more stuff, because they're bringing in new machines all the time," he says. And that's the challenge — across many different industries — keeping pace with the innovation.

Ed Gordon, president of Imperial Consulting Corp. in Chicago, says he has observed the skills gap widening in the American workforce. "Every businesses sector in this country right now cannot find the right talent," says Gordon, who has written several books on the labor market.

He says the difference between a white-collar job and a blue-collar job is disappearing because the better jobs "are going to look a lot more like Star Trek." He says the whole economy around the world is moving further into more advanced technology.

A Shortage Of Skilled Workers

Gordon says that's evidence of the lack of available skilled workers. He says that needs to change or "we will lose our technology leadership and the middle class will have been greatly reduced."

Some economists think Gordon is overstating this problem. They say the economy has been facing much bigger problems with this latest recession. But either way, Gordon would like to see companies, school systems and nonprofits work together to find better ways to teach Americans the skills they'll need to find good jobs.