Accessibility links
In Afghanistan, Can 'Security Bubbles' Last? U.S. and NATO forces are pursuing a strategy of winning small pieces of territory from the Taliban and seeking to expand these "security bubbles" village by village. As NATO faces a new 2014 deadline to wind down the war, the challenge is to turn these bubbles into something permanent. 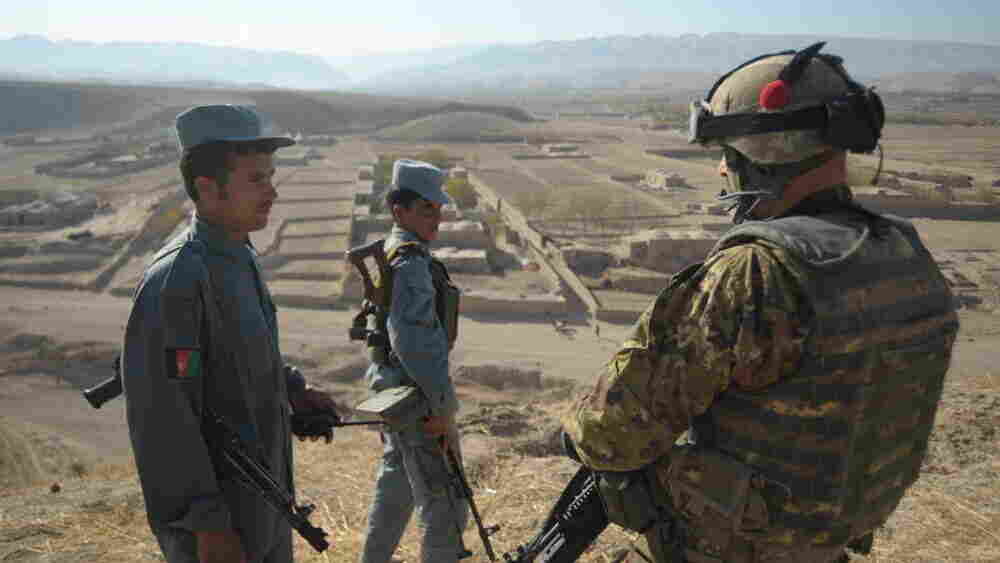 An Italian soldier (right) with Afghan army soldiers at  NATO's Combat Outpost Cavour in Bala Murghab. Here and in locations throughout the country, U.S., NATO and Afghan forces have retaken ground from the Taliban and are seeking to expand their areas of security control. Courtesy of Italian Army Maj. Igor Piani/ISAF hide caption

After nine years of war in Afghanistan, NATO is getting ready to ask its member countries to commit to the fight until at least 2014. That's the date that the Obama administration has set to complete a full transition to Afghan control.

At the NATO summit in Lisbon, Portugal, later this week, the commander in Afghanistan, U.S. Gen. David Petraeus, is expected to say that NATO forces are making slow but steady progress. He also will likely point to parts of the country where NATO troops have used "security bubbles" to retake ground from the Taliban and other insurgents.

Bala Murghab, in Afghanistan's western Badghis province, is one such place. This isolated river valley is far from the intense fighting in the south and disconnected from the political drama in Kabul. Pashtuns, Tajiks and Kuchi tribes live side by side here.

And now Italians are in the mix. 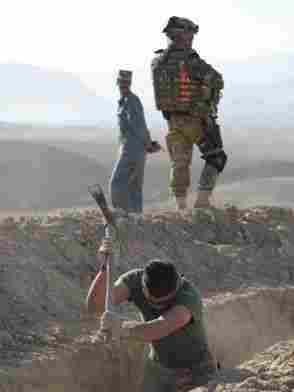 Lt. Col. Umberto Salvador and his brigade have been at their remote NATO base, named Camp Arena, for about a month, overseeing what the Italians have dubbed "Operation Buonjourno."

Inside a wooden hut, tricked out as an operations center, Salvador points to a map projected on the wall. He explains the security bubble idea: protecting a small region then expanding that safe area village by village.

It wasn't easy at first, he says. When they arrived they had to fight insurgents just to be free to move around the district.

"So the first step was to ensure an area where we can move without any kind of problem," he says.

Historically, this part of Afghanistan has been relatively safe. But insurgent groups have emerged here in the past couple of years. They terrorized locals with illegal checkpoints, demanding food, money and other support.

Salvador says NATO's security bubble has helped reclaim most of this valley.

NATO troops have set up 17 combat outposts, known as COPs, throughout Bala Murghab in the past year. Several are operated by U.S. troops, but most are run by the Italians with help from Afghanistan's national security forces.

The closest outpost, COP Cavour is a 30-minute drive from the main base, uphill on dirt roads that are better suited to donkeys than Humvees.

Salvador's men make this trip about once a week to bring supplies to the small group of Italian soldiers who live here. The camp sits atop a small mountain, overlooking a lush river valley surrounded by layers of sand dunes. 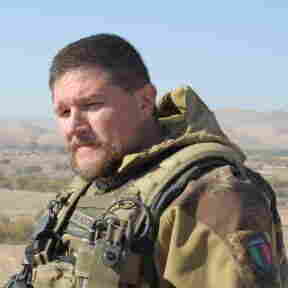 Lt. Andrea Gilli, 25, is in charge here. Bearded and tanned, he talks about his work in this valley with the enthusiasm of a young Peace Corps volunteer. Gilli and his soldiers spend their days meeting with local village leaders and managing reconstruction projects.

Taliban Nearby And Watching

"The situation is very safe at the moment," he says. "In two months no one has shot at us on this side of the bubble. So it's a very good situation."

But it is a situation that could change quickly. Local Taliban militants drove much of the population outside of the river valley into the desert.

While locals are starting to come back, Gilli says Taliban fighters are often seen on the edge of town watching the NATO outposts.

The Italians aren't taking any chances. On this day, a couple of soldiers at COP Cavour are digging a trench line in order to connect the three huts that make up the outpost and create a safe route to get back and forth in case they fall under attack.

German Brig. Gen. Josef Blotz, the spokesman for NATO's international security force in Afghanistan, says the security bubble strategy being used in Bala Murghab is the same plan being implemented in Kandahar and Helmand.

But "they are at different stages of success," he says.

Blotz says the security bubble strategy is a key part of the overall counterinsurgency mission: Start in a small area, secure the population, then as NATO's presence expands, security in those areas grows.

That is how it's supposed to work. But the problem with a bubble is it can pop.

"We are making progress," Blotz says. "But this is still a fragile progress which we have to solidify over time, and we need to still invest forces and money and resources to be even better coordinated with the Afghan side in order to exploit the success we've had so far."

Blotz says NATO leaders will ask member countries to double down on their commitment to Afghanistan -- which is no small request. Many countries, including Italy, have been in Afghanistan since the initial invasion in 2001. The Dutch have already left. Canada is ending its combat mission next summer, and the political pressure in Germany against the war is mounting.

Whether NATO stays or goes is the kind of thing people talk about even in a village market in Bala Murghab.

Locals say Shazaradad, an engineer by trade, has made money from NATO development projects in the area.

Running his black prayer beads through his hands, he says through an interpreter, "If they go from here maybe the insurgents come again to this area and take control again."

That is the big challenge NATO faces -- taking the fragile security gains in some parts of the country, these so-called security bubbles, and turn them into something permanent.