Accessibility links
Celebrating Frank Loesser With Michael Feinstein Frank Loesser wrote the musicals Guys and Dolls and How to Succeed in Business Without Really Trying — in addition to over 700 other songs. On today's Fresh Air, we discuss Loesser's musical legacy. 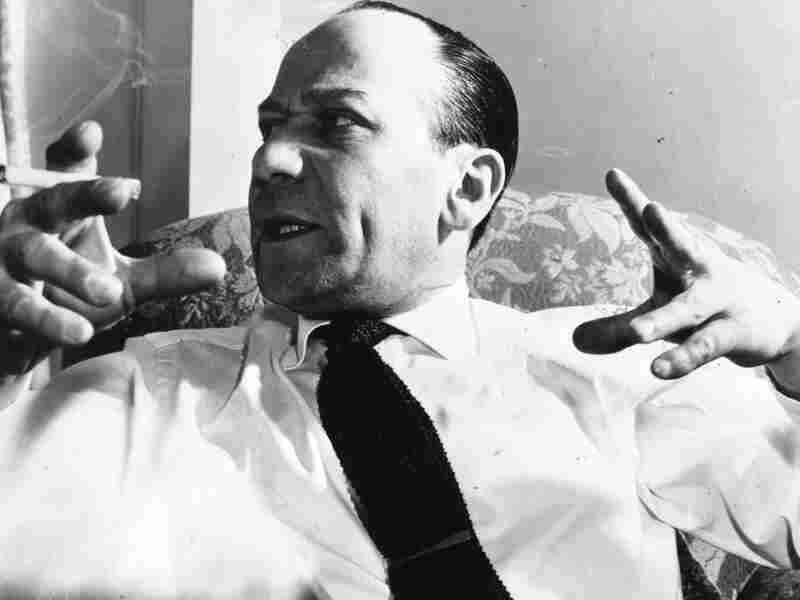 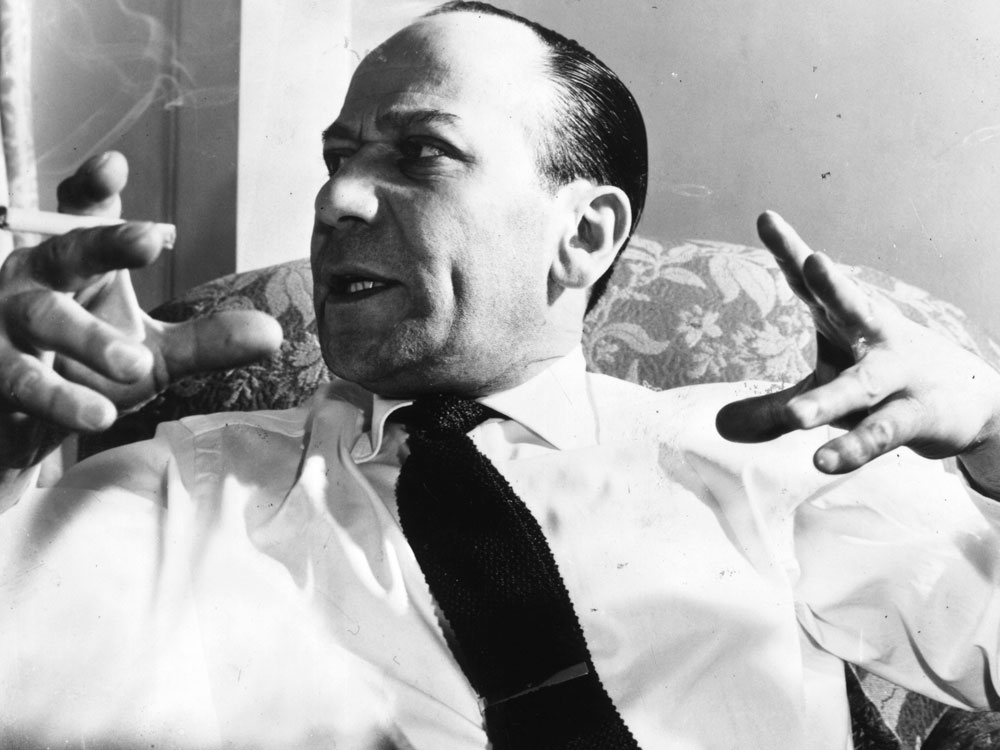 Frank Loesser won the Academy Award for his song "Baby It's Cold Outside."

'Where The Grass Grows Green'

This interview was originally broadcast on June 29, 2010, which would have been Frank Loesser's 100th birthday.

Frank Loesser, the Broadway musical legend, is responsible for writing and composing both Guys and Dolls and How to Succeed in Business Without Really Trying — in addition to composing over 700 tunes used in movies, on Broadway and on the radio.

Loesser grew up in New York and moved to Hollywood in 1936 to write songs under contract for Paramount and Universal. Over three decades, he penned the scores to more than 60 films and wrote the wartime hit "Praise the Lord and Pass the Ammunition." But his first love — the stage — beckoned, and he moved to New York after World War II to pursue a career writing music for the theater.

"Loesser had written for Broadway early in his career without much success, but it gave him the desire to create theatrical pieces," explains Michael Feinstein. "In Hollywood, he was — in the words of [composer] Oscar Levant — a cog in the wheel. He didn't have control over what was done with his songs. He turned them in and then the producers took them and did as they pleased. On Broadway, the composer had control, and Loesser wanted control. Because he really knew better than the other people how his work should be performed." 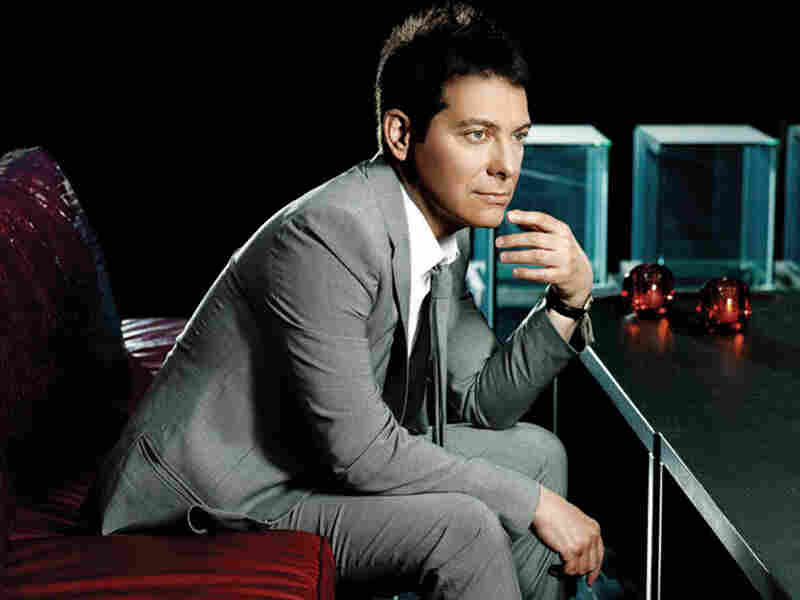 Michael Feinstein is a singer, pianist and musical anthropologist. He has recorded songs by Ira and George Gershwin, Irving Berlin and Burton Lane. Courtesy of Michael Feinstein hide caption 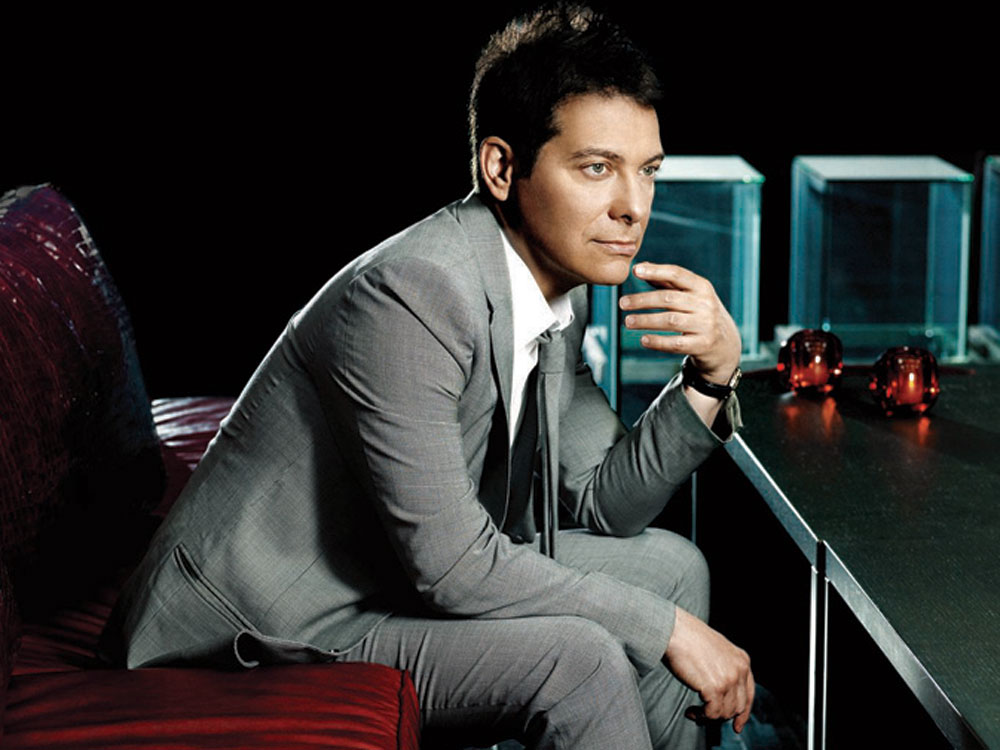 Michael Feinstein is a singer, pianist and musical anthropologist. He has recorded songs by Ira and George Gershwin, Irving Berlin and Burton Lane.

"He could write anything, and because he had the ability to create any genre, it gave him so much latitude," says Feinstein. "He had the ability to write songs that were stand-alone — that could be hits, but work in [a] plot." On today's Fresh Air, Feinstein discusses Loesser's musical legacy with Terry Gross and plays some of his favorite Loesser tunes — including several recordings, by the likes of Doris Day and Bob Hope that he found in archives. He tells Terry Gross that Loesser's career trajectory was surprising, to say the least.

"Nobody ever expected that he would become this extraordinary man who would go onto write both music and lyrics, win a Pulitzer Prize and change the face of American music theater and American popular song," he says. "It's an amazing story, and simply his work is as good as it gets. He won two Tony Awards, got four Academy Award nominations, an Oscar for "Baby It's Cold Outside. [He wrote] over 700 songs, and it put him in the the rarefied air of those who wrote both words and music of which there are a handful — Cole Porter, Irving Berlin, Stephen Sondheim, Jerry Herman, Hugh Martin, [and] Noel Coward. But it's amazing that he had this journey and achieved a musical success that few people can only dream of."

Loesser died in 1969, at the age of 59 in New York City. He received the Pulitzer Prize in Drama in 1962 for How to Succeed in Business Without Really Trying.

On Frank Sinatra's relationship with Loesser

"Sinatra is so connected with the persona of the Guys and Dolls characters even though he had great conflicts with Frank Loesser personally. But he was a huge fan of Frank Loesser's works, so much so that when he started his own record label, Reprise Records, he recorded four musical shows in their entirety as part of the Reprise repertoire in musical theater."

"Burton Lane insisted that Frank was writing kind of dirty stuff. ... When Frank Loesser came to Paramount, there was great reticence among the studio heads, because he had this reputation as being a loose cannon, and they didn't know if he'd be able to conform to the studio system and create love songs that didn't have an edge to them or had to be censored. And, of course, Loesser's attitude to working in Hollywood was very humorous. He took it all in stride."

On what Loesser's family members thought of his career

"His brother Arthur was very snobbish. ... After Frank had this extraordinary success, Arthur still looked at him as the black sheep. He didn't consider Frank's achievements valid in the world of real music. He thought that it was absolutely lowbrow and insignificant, as extraordinary as that sounds."

"His first huge hit, "Praise the Lord and Pass the Ammunition," was a melody he wrote that he considered a dummy — and he had asked another composer to write music for it, and the other composer said 'No, no, no keep what you got. It's great.' So [writing dummy melodies] was a pattern he engaged in very early. And actually, if a lyric writer is working on a project where they have to come up with a type of song that would be a story-song or a character-song, sometimes they'll write the lyric first, and they'll have their own dummy melody in their head, which they never reveal to the [eventual] composer. Ira Gershwin told me that he did [this], so it would give him some of form in which to set the words."