Accessibility links
Patti Smith, Jaimy Gordon Win Book Awards Gordon's Lord of Misrule and Smith's Just Kids were the big winners at the National Book Awards in New York. We were there to capture the laughter, the tears and the free caviar. 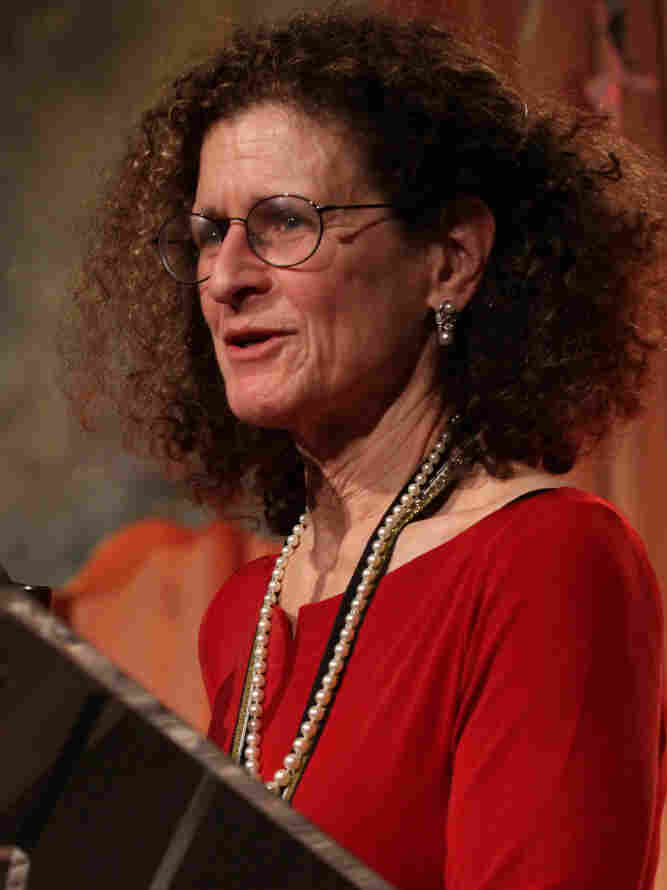 Jaimy Gordon, winner of the National Book Award for Fiction for her book Lord of Misrule, speaks at the awards ceremony Wednesday night in New York. Tina Fineberg/AP hide caption 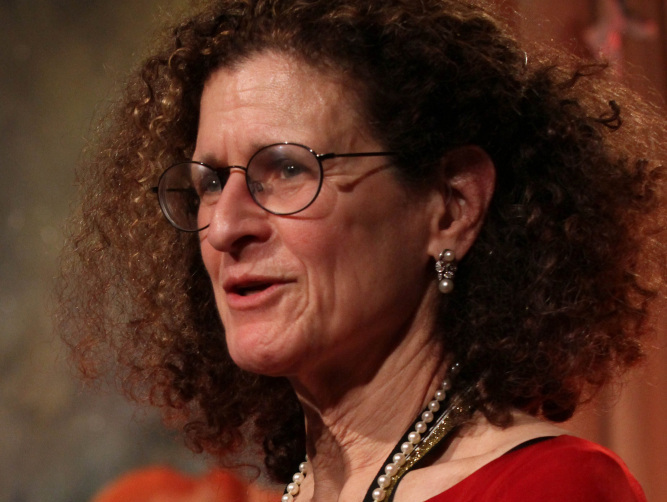 Jaimy Gordon, winner of the National Book Award for Fiction for her book Lord of Misrule, speaks at the awards ceremony Wednesday night in New York.

Listen to Gordon read from her award-winning book.

The National Book Awards are like the Oscars of literature, without the national telecast, the security guards to watch over the Harry Winston jewels or the glowing Hollywood tans (most of the nominees bear the wan, indoors-y look of the writer's life). But, like the Academy Awards, there are fancy dresses, cummerbunds and cater waiters passing around Bellinis and caviar bites — trust us, book people can party. And, much like the Oscars, the NBAs are a particular industry's biggest night, in which a career can be made (or at least pushed heartily along) with the opening of an envelope.

This year, that career belongs to Jaimy Gordon, a mid-career novelist from Baltimore living and teaching in Kalamazoo, Mich. Her fourth novel, Lord of Misrule, won the NBA for fiction on Wednesday evening, a victory that came as a surprise to many — including Gordon herself. When the announcement was read, the author's table companions shrieked at full volume, and Gordon seemed to be in shock when she finally took the stage. "I'm totally unprepared, and I'm totally surprised," she told the crowd. Later, we observed the author standing alone outside the grand façade of the Cipriani Ballroom on Wall Street in her long red gown, talking quietly into her cell phone: "I won," she said into the receiver, still seeming stunned. "I won ... the National Book Award." 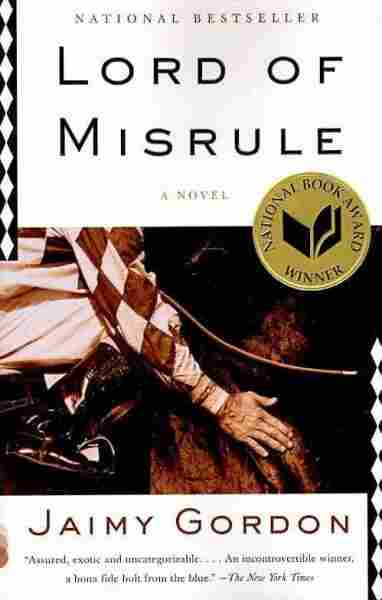 Lord of Misrule, a weird, magical tale about a dusty West Virginia town and its downtrodden racetrack, follows the lives of jockeys, loan sharks, metal smiths and other outcasts over the course of a year and four horse races. The novel just arrived on shelves this month from McPherson — a small indie publisher out of Kingston, N.Y. — and while it was considered the underdog pick of the bunch, the book had already begun to gain a small momentum with critics. As Jane Smiley recently wrote in The Washington Post, "Gordon has thought so thoroughly about her characters that each voice dips into racetrack lingo in a distinctive way. It is an impressive performance."

Gordon may have been the big shock of the night, but the evening's glory really went to Patti Smith, legendary punk-poetess. Smith won in the nonfiction category for Just Kids (Ecco), her beautiful and harrowing memoir of her close friendship with the artist Robert Mapplethorpe (hear Smith read an excerpt from the book, here), and while she was the clear front-runner for the prize, her predictable victory didn't make her speech any less poignant. "I have loved books all my life," she said, reminiscing about her time as a clerk at New York's Scribner bookstore. "I dreamed of having a book of my own, of writing one that I could put on a shelf."

Smith also made every guest swoon when she gave a teary defense of the book as a physical object. "There is nothing more beautiful than the book," she said. "Please don't abandon the book." The applause in the room after her speech was close to thunderous (the sound of 1,300 hands clapping to save the book business is a loud one) and Smith seemed to win two awards at once: an NBA medal, and the room's heart.

As for the other big prizes, Pittsburgh poet Terrance Hayes took home the poetry award for Lighthead (Penguin), and the young people's literature award went to Kathryn Erskine, whose middle-grade book, Mockingbird (Philomel), focuses on a young girl struggling with Asperger's syndrome.

Of the four main awards, three went to women, a tally that fit with the theme of the nominations — out of 20 finalists, 13 were female, a record number.

The two lifetime achievement prizes came early in the evening, before salad and cake. Children's Television Workshop co-founder Joan Ganz Cooney won the Literarian Award, sharing the stage with a Muppeteer playing Elmo during her speech. Cooney encouraged parents to keep reading with their children, and called Elmo "the rock star of all rock stars for 3-year-olds throughout the nation."

The Daily Beast's Tina Brown presented white-suited journalist Tom Wolfe with the Medal for Distinguished Contributions to American Letters, saying in her introduction that "we read him as we watch fireworks, with wonder and joy." Many hungry guests felt something less than joy, however, as Wolfe told a long personal history of his life in writing (he claimed it would take six minutes; it took 30). Wolfe's stories about Black Panthers and David Halberstam are the stuff of a great memoir, but they seemed to agitate a crowd longing for the chicken course to arrive.

Meanwhile, emcee and comedian Andy Borowitz was on hand to provide the requisite gallows humor, comparing the book business to "a Carnival cruise ship ... we are surviving day to day on Pop-Tarts and Spam," and noting that his jokes at the industry's expense were "not out of disrespect. It's because I'm an a--hole."

So what will we remember about the 2010 National Book Awards? It was a surprising night for Jaimy Gordon, a life-affirming night for Patti Smith, and perhaps the only chance we will have this year to see a Muppet and New York's literary giants under the same roof. We are all winners.

Rachel Syme is the books editor for NPR Digital.