Accessibility links
'Emperor Of All Maladies' Traces Cancer Treatments In ancient times, people didn't have a word for cancer. And centuries ago, the treatment for cancer was just as deadly as the disease. Oncologist Siddhartha Mukherjee, author of The Emperor of All Maladies: A Biography of Cancer, talks to Steve Inskeep about some breakthroughs that came from unexpected people and in unexpected places.

In ancient times, people didn't have a word for cancer. And centuries ago, the treatment for cancer was just as deadly as the disease. Oncologist Siddhartha Mukherjee, author of The Emperor of All Maladies: A Biography of Cancer, talks to Steve Inskeep about some breakthroughs that came from unexpected people and in unexpected places.

An ancient historian wrote of a Persian queen who fell ill. She had symptoms that sounded very much like breast cancer. That centuries old case got cancer doctor Siddhartha Mukherjee thinking.

INSKEEP: In ancient times, people didn't even have the word cancer. Even a few centuries ago, she might have been subjected to crude surgery that could have killed her.

MUKHERJEE: In 2010, she avails a surgery, chemotherapy, radiation, targeted therapy. She has psychic and psychological supports, if appropriate, and her life span has increased. We don't exactly know by how much, but on the order of 17 to 20 years.

INSKEEP: Dr. Mukherjee traces that evolution in a new book called "The Emperor of All Maladies." He calls it a biography of cancer, though it's just as much a biography of our efforts to fight it. Some breakthroughs, over the years, came from unexpected people in unexpected places. Consider modern chemotherapy. It is directly linked to 19th century clothing dyes, chemicals that drew the curiosity of a German scientist.

MUKHERJEE: And this idea of specificity obsesses him. He says, well maybe there are chemicals in the world that only attach themselves to certain bacteria and not to others, or only to certain cells and not to others. And you can see where this is going. This is the invention, essentially, of chemotherapy. The idea that you can take a chemical and you can attack only a certain organism and spare everything else is of course the beginning of the most amazing idea of chemotherapy.

INSKEEP: Who took that work further?

MUKHERJEE: In fact, what's amazing is mustard gas, which is the sort of definition of war gas, really is a chemical byproduct of a variant of the very reaction that produces a chemical dye. And in the war fields, they'd rain down mustard gas. And there's an incredible description of this when the first gases come down and it decimates the field and leaves these men dead. The war gases burn through the throat, they burn through the eyes, and leave kind of an incredible wake of death behind them. And an amazing thing happens, and that is that a pair of pathologists, American pathologists notes that mustard gas...

INSKEEP: Sidney Farber, this is our next significant person here?

INSKEEP: He goes to the next step, OK. Who's he?

MUKHERJEE: So Sidney Farber was a pathologist. He was called a doctor of the dead. He was a pathologist who sort of lived in the basement of the children's hospital in Boston, and he became very interested in childhood leukemia. And Farber began to inject this drug, aminopterin, into young kids, in order to see if he could get a remission. And indeed he found surprising, astonishing remissions in these kids with leukemia.

INSKEEP: Now we've gotten the sense of the amazing journey of the chemistry here, as chemistry was applied to different uses and eventually someone discovered, progressively, how to do chemotherapy. How did this become a cause that millions of Americans would contribute to, or think of, as a war on cancer?

MUKHERJEE: And there's a long pause on the phone, and then finally, bizarrely, the society editor gets on the phone. And the society editor says, well, Ms. Rosenow, you know the New York Times cannot print the word breast and cancer in its pages. So what if we said that this was a support group of women with chest diseases?

INSKEEP: Ahh. She couldn't even pay them to do this, you're saying. She wanted an ad.

INSKEEP: And what did she say?

MUKHERJEE: Well she hung up. She said, you know, this is a world in which I can't talk about cancer.

INSKEEP: Well, who changed that?

MUKHERJEE: And she collaborated with Sidney Farber. She found Sidney Farber an ideal ally, a person who could give her project the scientific legitimacy it needed. And together, Mary Lasker and Sidney Farber were able to persuade Nixon to launch the so-called war on cancer.

INSKEEP: I want to leap ahead to your own career as a doctor dealing with cancer patients in the last several years...

INSKEEP: Is the world we live in today, in terms of cancer, different than the world was 20 or 30 or 40 years ago?

MUKHERJEE: And of course, politically, it's changed. We now have poured in an enormous amount of resources into cancer. The National Cancer Institute Project, you know, runs about $5 billion a year. That's a large amount of money, but let's not be grandiose about the amount of money we're actually spending on a problem that is attacking us at the most fundamental level of the human species.

INSKEEP: Are we getting anything for the money?

MUKHERJEE: Absolutely, we're getting things for the money. I think you would have to be a nihilist to say that we are not making progress on cancer, just like you'd have to be hubristically optimistic to say that we have conquered cancer.

INSKEEP: Siddhartha Mukherjee is the author of "The Emperor of All Maladies," a biography of cancer. Thanks very much.

MUKHERJEE: Thank you. Thank you for having me. 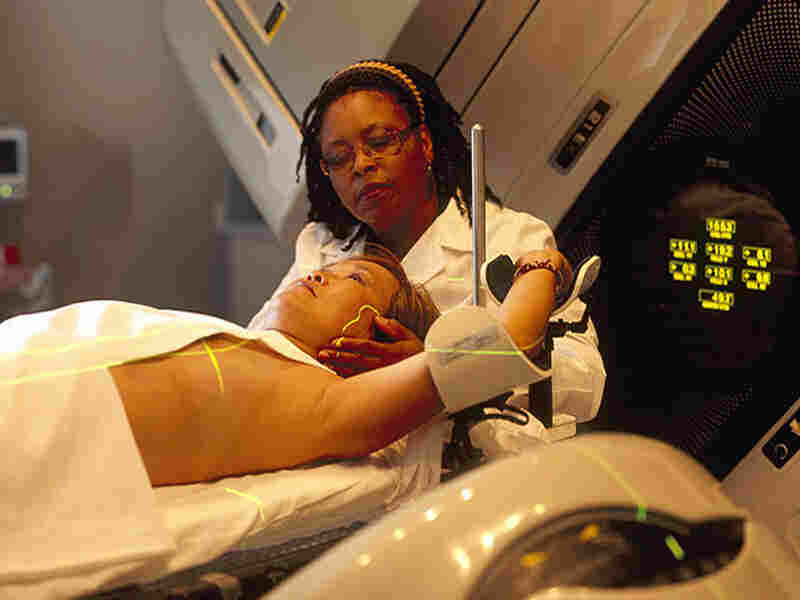 A woman prepares to undergo radiation therapy for an invasive cancer. Dr. Siddhartha Mukherjee writes about the discovery of radiation therapy as a treatment option in his biography of cancer. National Cancer Institute hide caption 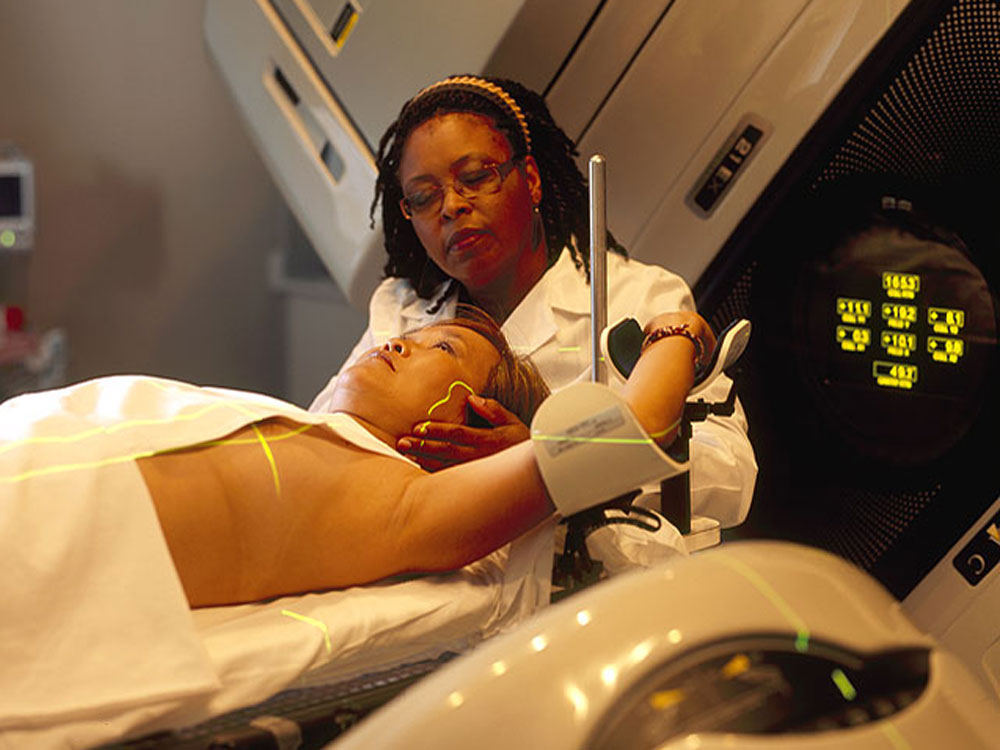 The Emperor of All Maladies: A Biography of Cancer
By Siddhartha Mukherjee
Hardcover, 592 pages
Scribner
List price: $30.00

Oncologist Siddhartha Mukherjee was treating one of his patients, a woman with advanced abdominal cancer who had relapsed multiple times, when she asked him what seemed like a simple question.

"She said, 'I'm willing to go on, but before I go on, I need to know what it is I'm battling,' " Mukherjee tells NPR's Terry Gross.

But, as Mukherjee explains, describing his patient's illness wasn't so simple. Defining cancer, he says, is something doctors and scientists have been struggling to do since the disease's first documented appearance thousands of years ago.

"Cancer is not just a dividing cell," he says. "It's a complex disease: It invades, it metastasizes, it evades the immune system. So there are many, many other stages of [defining] cancer which are still in their infancy."

Mukherjee's new book, The Emperor of All Maladies: A Biography of Cancer, grew out of his desire to better understand the disease he treats, through examining the way cancer has been described and treated throughout history. He chronicles the ways therapies evolved, particularly in the 20th century, as more treatment options became available and scientists worked to understand the underlying genetic mutations that caused the disease.

"If there's a seminal discovery in oncology in the last 20 years, it's that idea that cancer genes are often mutated versions of normal genes," he says. "And the arrival of that moment really sent a chill down the spine of cancer biologists. Because here we were hoping that cancer would turn out to be some kind of exogenous event — a virus or something that could then be removed from our environment and our bodies and we could be rid of it — but [it turns out] that cancer genes are sitting inside of each and every one of our chromosomes, waiting to be corrupted or activated." 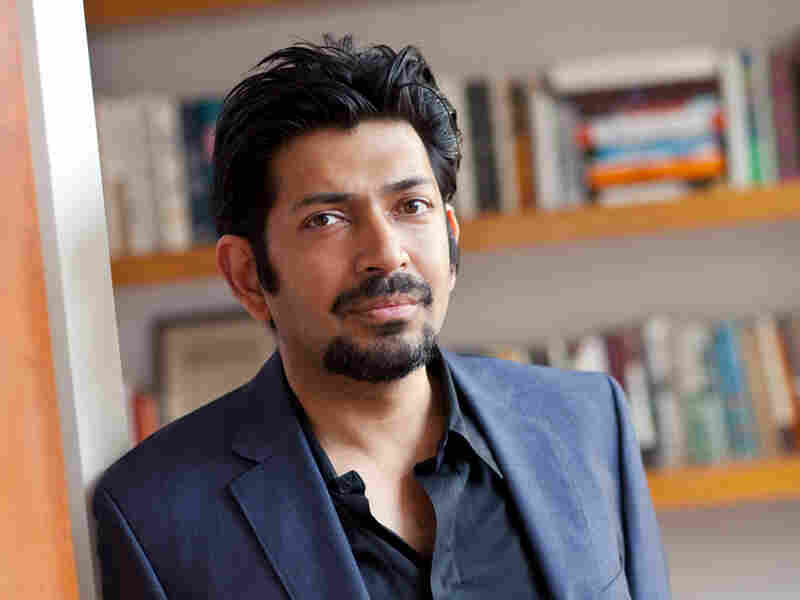 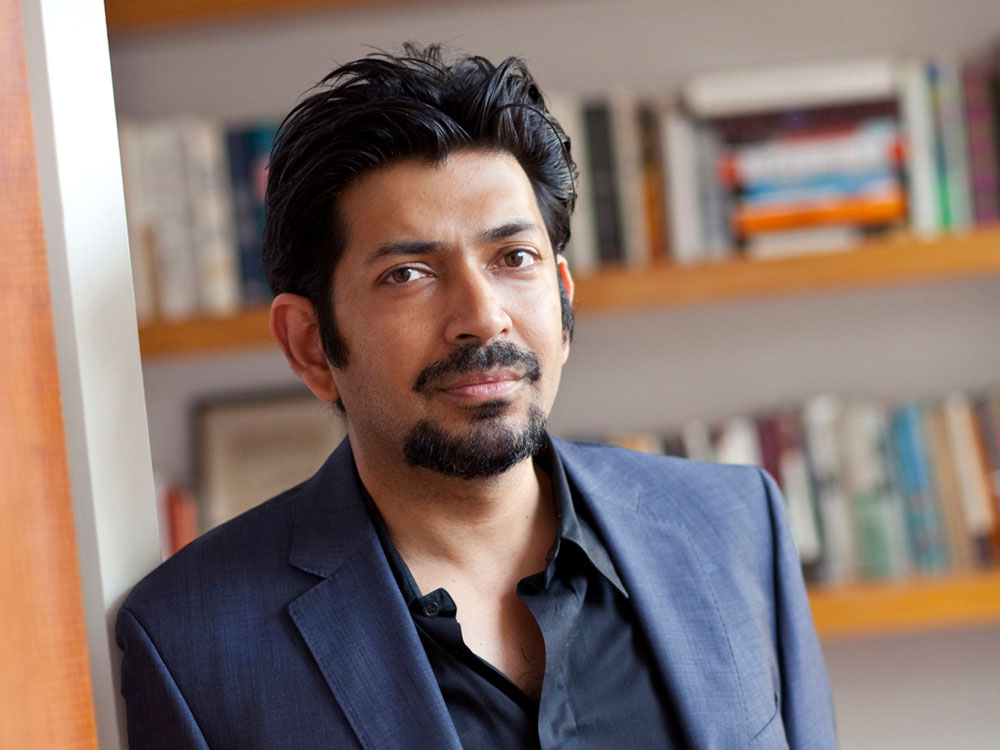 As the genetic understanding of cancer evolves, Mukherjee says, oncologists will be able to integrate that knowledge to develop more targeted treatment options — particularly as they find commonalities between different types of cancer.

"A breast cancer might turn out to have a close resemblance to a gastric cancer," he says. "And this kind of reorganization of cancer in terms of its internal genetic anatomy has really changed the way we treat and approach cancer in general."