Accessibility links
Lawrence Of Arabia, 'Hero' In The Middle East T.E. Lawrence, or Lawrence of Arabia, is one of the most well-known figures of World War I. But in Hero, Michael Korda argues he was more than just a colorful character. Korda believes his struggle to create solutions in the Middle East could have made a difference in today's conflicts. 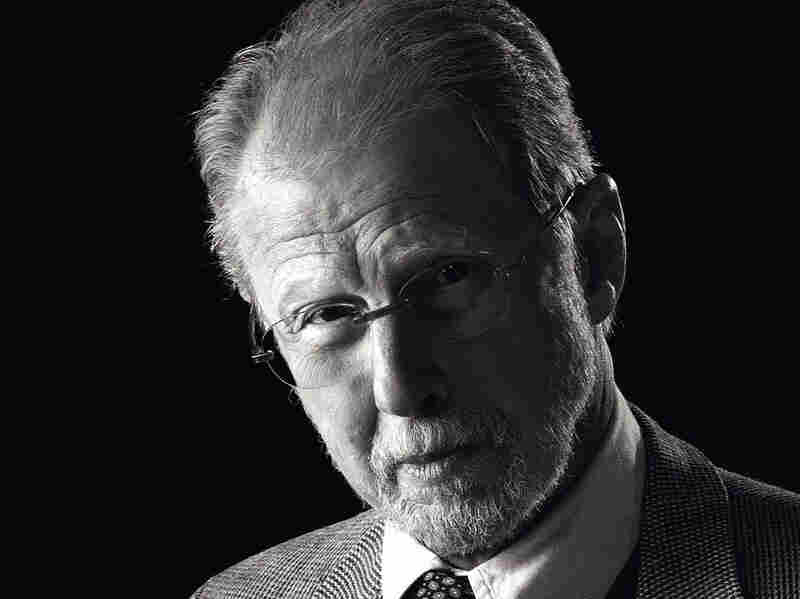 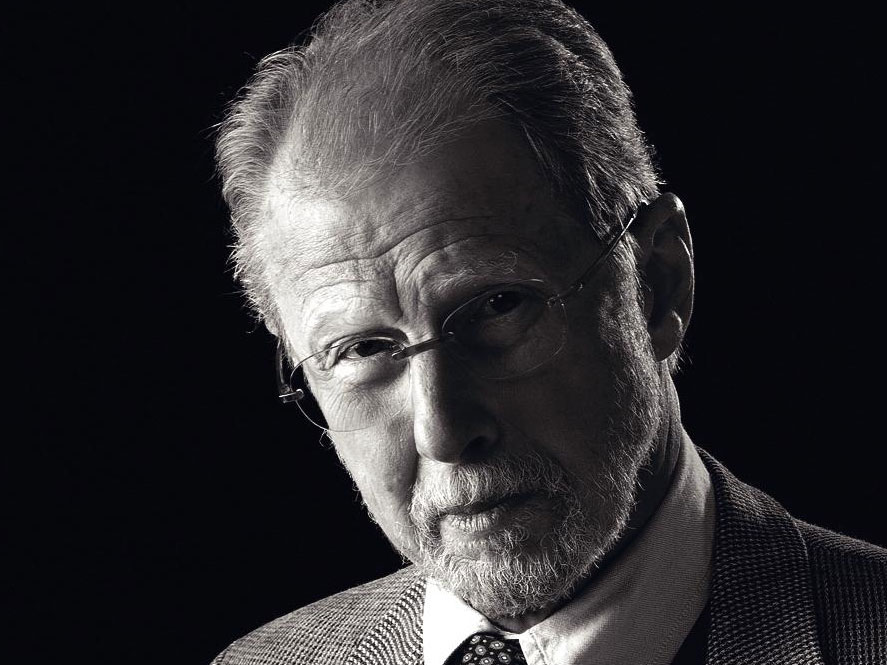 Michael Korda is also the author of Ike: An American Hero.

T.E. Lawrence, or Lawrence of Arabia, is one of the most well-known figures of World War I.

But in a new biography, Hero, Michael Korda argues that Lawrence was more than just a colorful character. Korda believes his struggle to create solutions in the Middle East could have made a difference in today's conflicts.

"Lawrence trained himself, throughout most of his youth, to be a great hero," Korda tells NPR's Neal Conan. "He had in mind the liberation of Arabia." Not only did Lawrence strongly advocate for it, "but he also went through every possible training that he could inflict on himself to play that role," says Korda. 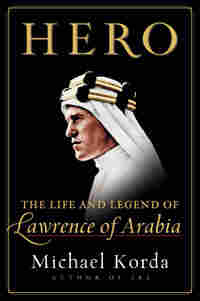 Korda calls Lawrence a "remarkable combination of a man of extraordinary modesty and humility, coupled with enormous arrogance and an absolutely uncanny ability to talk as an equal to generals, kings and presidents." So though he entered the desert as a junior officer, his rank never held him back.

"He had an almost unbelievable manner of getting his own way, even when he was an Oxford undergraduate."

Lawrence's confidence served him well when he chose to go around Medina, instead of focusing on it as his superiors had wished. Korda says Lawrence recognized something that no one else had: "That so long as the Arabs kept an entire division in Medina, and another division protecting the hundreds of miles of single-line railway that linked Medina to the rest of the Ottoman Empire, that it was, as he put it, 'all flank and no front.' "

With the hundreds of exposed miles of "flank" -- or the division protecting the railway -- the strategy required "only six or a dozen Arabs and somebody who knew something about explosives to blow up the railway line."

But Korda credits Lawrence with another realization. "Not only could he keep on blowing up the railway line, and of course, killing Turkish soldiers who were guarding it," he knew not to blow it up completely. "Because if he did, the Turks might withdraw their division from Medina, and add it to the division in Gaza and guarding Jerusalem and the more important parts of the Turkish Empire."

Lawrence's "aim was always to inflict just enough damage to inconvenience the Turks, without ever inflicting so much damage that they were forced to retreat," Korda says. Lawrence was a great student of military history, but he also "understood instinctively how a small group of men, armed with high explosives, could incapacitate, isolate and keep in position a vastly stronger modern army."

In this way, it's much like what's going on in Afghanistan and Iraq, Korda says. "This is, to a very large degree, Lawrence's invention, for better or worse."

Lawrence and his two Arab escorts rode on through the moonlit night and into the glare of day, crossing a valley so wide that it seemed like a plain, down which the Turks, had they chosen to, could have descended to the southwest from Medina in strength to take Rabegh, and past a village, where they were joined by "a garrulous old man" on a camel, who plied them with questions and offered them "the unleavened dough cake of yesterday, crumbled while still warm between the fingers, and moistened with liquid butter till its particles would only fall apart reluctantly." Sprinkled with sugar, this was a delicacy of the Hejaz, which Obeid and his son ate greedily, but which Lawrence compared to eating "damp sawdust."

The old man was not only garrulous but inquisitive, and full of news -- Feisal "had been beaten out of Kheif in the head of the Wadi Safra," with some casualties, and had fallen back on Hamra, which was nearby, or possibly Wasta, which was nearer. Lawrence suspected -- and it would soon be confirmed -- that the old man was in the pay of the Turks, and was careful not to say anything that might confirm he himself was English. They rode on through harsh though magnificent scenery -- rising from the desert floor were steep hills 2,000 feet high formed of bands of brilliantly colored rock -- and then through the welcome change of green groves of thorn trees and acacias. They paused at a genuine desert oasis, with clear water surrounded by a narrow strip of grass and wildflowers, and went on into Wasta, one of the numerous date-growing villages of the Beni Salem in Wadi Safra. Obeid led Lawrence to the courtyard of a low, mud-roofed house, and into a small guest house, where he instantly fell asleep on a palm-frond mat.

He woke to find a meal prepared for him of fresh dates and bread -- the entire village, it seemed, was inhabited at the moment by black Sudanese slaves, who tended to the date palms and looked after the houses while their masters were away herding camels or, now, fighting in Emir Feisal's forces. The Arabs' wives and children were far away in the desert too, camped out in black goat's hair tents in the wilderness, pasturing the camel herds while the man of the household fought the Turks.

Even in peacetime the tribal Arabs were seldom in their houses more than three months a year. The desert was the world they lived in, and they preferred their tents to houses. The Beni Salem of Wadi Safra had a life that revolved around camel breeding and dates, the latter a primitive form of international commerce. In Mecca the Arabs purchased slaves brought across the Red Sea from the Sudan; in Wadi Safra, the slaves raised and harvested the dates, which were shipped back to the Sudan for a tidy profit. It was a pattern that went back 1,000 years, and even Sherif Hussein's decision to fight the Turks did not completely interrupt it.

Before long, as soon as the worst heat of the day was past, Lawrence and his guides were off again, this time without their inquisitive friend, crossing a wide stretch of desert scoured by yearly flash floods (like those in Texas and New Mexico), which in good years brought to Wadi Safra a low tide of mud and water that made agriculture possible, and in bad years washed away houses, palm trees, and irrigation systems with a swift-moving wall of water eight feet deep. Lawrence noted it all, every detail, like a geologist; and three years later, when he sat down to write Seven Pillars of Wisdom, he was able to re-create the landscape of Wadi Safra with amazing and minute exactitude. Beyond the village of Wasta lay Kharma; and soon after it, across a jagged but more fertile landscape, they reached Hamra, the object of their three days of travel, with about 100 houses surrounded by palm groves. As they approached it the emptiness of the desert gave way to a widespread, casual encampment of Feisal's soldiers, grazing their camels or sheltering from the sun beneath stunted thorn trees or under rock ledges. Obeid, who had relapsed into silence, greeted those he knew, then led Lawrence to a low house on a hillock, where his camel knelt down in a courtyard before a doorway guarded by a black slave with a sword, who led him into a second, inner courtyard. There he saw, "standing framed between the posts of a black doorway, a white figure waiting tensely for me."

Lawrence was a born hero-worshipper -- it is ironic, but entirely appropriate, that he would become an object of intense hero worship in his own lifetime -- but at this moment he was also a man in search of a hero: the leader and prophet in arms without whom the Arab Revolt, he was convinced, would fail. It was at once a psychological and a practical need. On the practical level, he was looking for a man behind whom the many different (and often mutually hostile) Arab tribes might unite, a man who had the dignity and physical impact of a leader, and last but not least one who would also satisfy the British that their money was being wisely spent -- not a mere figurehead, but something much greater: a historical figure. The emirs Ali, Abdulla, and Zeid had disappointed him. Now, he instantly recognized in their brother Feisal everything he had been searching for, not only politically, but personally. If it was not love at first sight, it was something very much like that.

He would later comment that Feisal was "almost regal in appearance … Very much like the monument of Richard I at Fontevraud," which Lawrence had seen during his bicycling tours of French castles and cathedrals. This comparison to the brave but pious king, an inspired leader of men and the supreme warrior of the Middle Ages, who fought his own father and brothers for the throne and who has passed into English history as Richard the Lionheart, was high praise indeed, for he was a figure Lawrence admired greatly. It was also, perhaps, something of a political daydream, for Feisal, courageous and inspiring as he may have been, would have been the last person to take arms against his father and his brothers to become sharif of Mecca himself. (He and his brothers still signed their letters to their father as "Your Slave.")

Later, in Seven Pillars of Wisdom, Lawrence would write: "I felt at the glance that now I had found the man whom I had come to Arabia to seek … He looked very tall and pillar-like, very slender, dressed in long white silk robes and a brown headcloth bound with a brilliant scarlet and gold cord. His eyelids were drooped, and his close black beard and colourless face were like a mask against the strange still watchfulness of his body. His hands were loosely crossed in front of him on his dagger."

Feisal ushered Lawrence into a small dark room, in which Lawrence, whose eyes were still accustomed to the outside glare, could only just distinguish the presence of a crowd of people seated on the floor. Feisal and Lawrence sat down on the carpet -- Lawrence comments that Feisal stared down at his hands, "which were twisting slowly about his dagger," without drawing our attention to the fact that for Arabs the eye-to-eye stare, which among Britons and Americans signifies an honest man-to-man approach, is instead either a challenge or sheer bad manners by someone who doesn't know any better -- a European, for example.

In a soft voice, speaking Arabic, Feisal asked Lawrence, "And do you like our place here in Wadi Safra?"

To which, after a pause, Lawrence replied, "Well; but it is far from Damascus."

To quote Lawrence, his words fell "like a sword into their midst," and all those in the room held their breath for a silent moment. Damascus was their dream -- the capital of an Arab state, or nation, that would stretch from the Mediterranean to the Persian Gulf.

Then Feisal smiled, and said, "Praise be to God, there are Turks nearer us than that."

Excerpted from Hero: The Life and Legend of Lawrence of Arabia by Michael Korda by permission of HarperCollins. 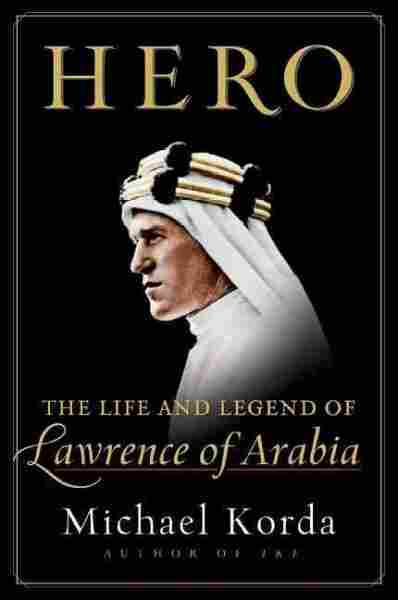 The Life and Legend of Lawrence of Arabia