Accessibility links
One Man's Yearly Thanksgiving Dinner For Strangers Each Thanksgiving Scott Macaulay cooks dinner for anyone who wants to join him. In the past 25 years the tradition has grown from 12 people to more than 80. But Macaulay says he always hopes no one will make a reservation -- because that will mean everyone has someplace to go for the holiday. 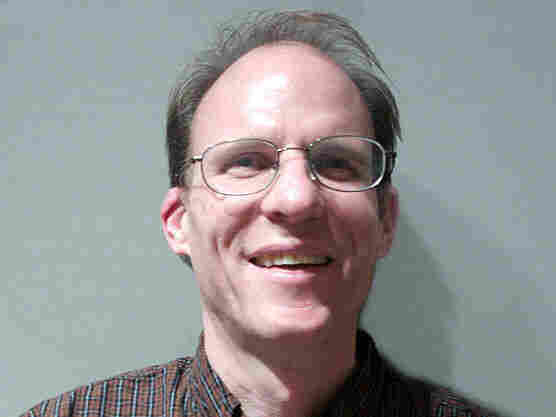 Scott Macaulay has hosted a dinner for anyone who needs a place to go for Thanksgiving for the past 25 years. StoryCorps hide caption

When Scott Macaulay's parents divorced 25 years ago, he wasn't sure what to do about the holidays.

"If you were nice to one, the other one would get mad with you," the 49-year-old recounted at StoryCorps in Melrose, Mass.

"When October came, I thought, gee, you know, what's going to happen at Thanksgiving? So I just thought, well, there must be some other people that are in the same boat. Why should they have that rotten feeling? Why should they be stuck home alone?" 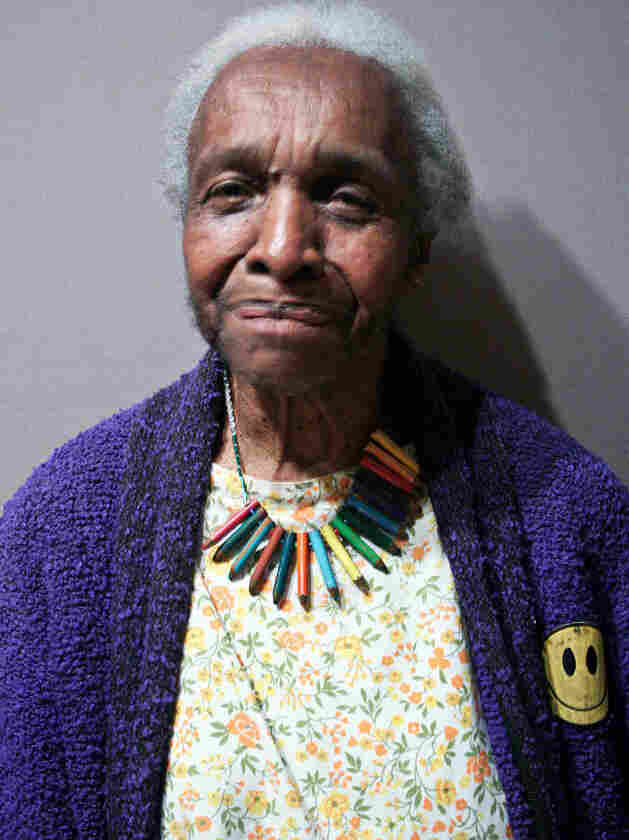 Rev. Veronica Lanier, 92, is a regular guest at Macaulay's Thanksgiving dinners. She leads the group in saying grace before the meal and shuttles elderly people and others who can't drive to the dinner. StoryCorps hide caption

Rev. Veronica Lanier Explains How She Stays So "Young"

So, Macaulay put an ad in the local paper and offered to cook Thanksgiving dinner for 12 people. People came and they had such a good time that the dinner became a new tradition.

"What I do is transform the hall at the First Baptist Church to look as close to home as I can get it. I have a fake fireplace. I have Norman Rockwell's famous Thanksgiving picture framed. And the way I test my success or failure is how long they stay," says Macaulay, who owns Macaulay’s House of Vacuum Cleaners.

Last year 84 people showed up, and he has plans to cook for 80 people next week. This year things have been more difficult because six of his regular guests have died in the past few months. Also, the health inspector required him to get a permit to serve food this Thanksgiving. But of the 65 reservations he has in hand, at least 20 of them have joined him for the meal before.

No one is turned away, Macaulay says.

"Last year, I had a family show up two hours late," he says. "He had lost his job and they had heard about the dinner and wanted something to eat. And, some of these people might not have anything, but they always find something that they can be grateful for. "

Still, Macaulay says his goal is to never have anybody make a reservation.

"My goal is always to have nobody sign up, 'cause that means everybody's got a place to go and everybody's OK," he says. "And that's what keeps me going 25 years later."

Want to learn more about Scott Macaulay's dinner for strangers? Read this story from his local newspaper.