Accessibility links
Post Office Cuts Cause Economic, Emotional Blow Faced with an $8.5 billion loss, the U.S. Postal Service has been cutting back: slashing hours, combining routes and closing offices. The post office in East Cleveland, Ohio, has lost nearly all of its staff, and the cutback is deeply troubling for this hard-pressed urban community. 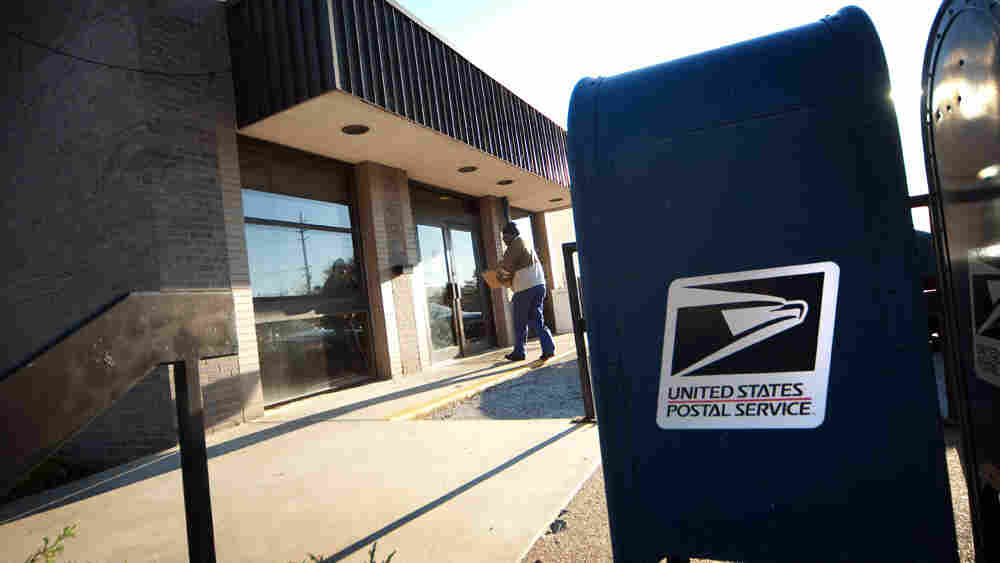 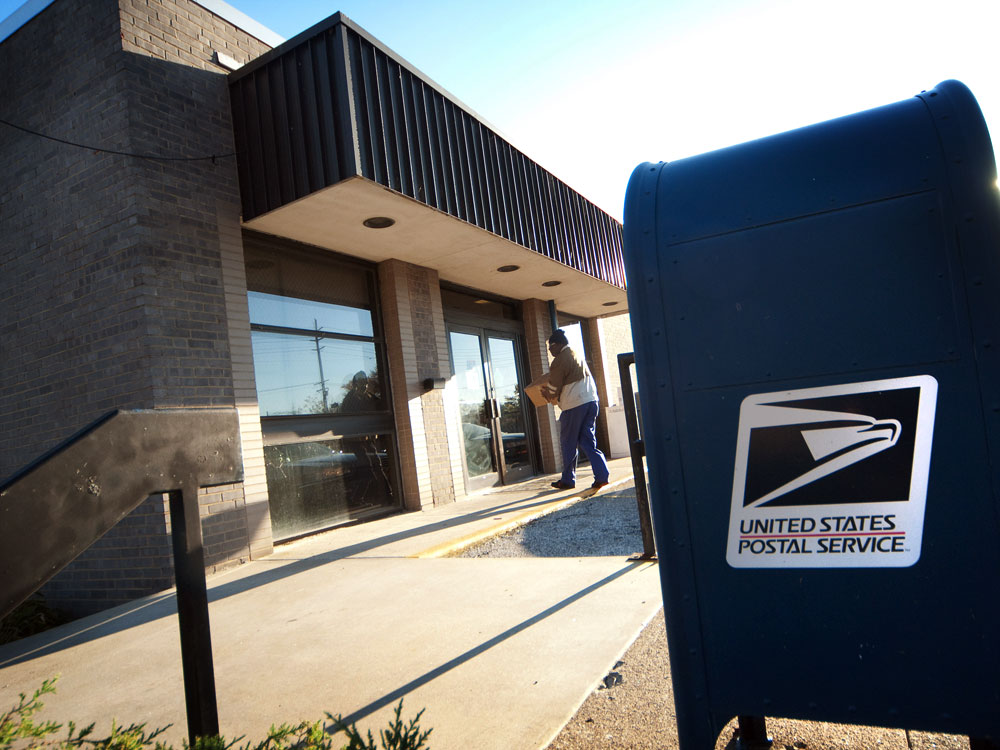 Part of a series on the U.S. Postal Service

Faced with an $8.5 billion loss, the U.S. Postal Service has been cutting back: slashing hours, combining routes and closing offices. In East Cleveland, Ohio, the city's only post office has been downsized from nearly 100 employees to just one. 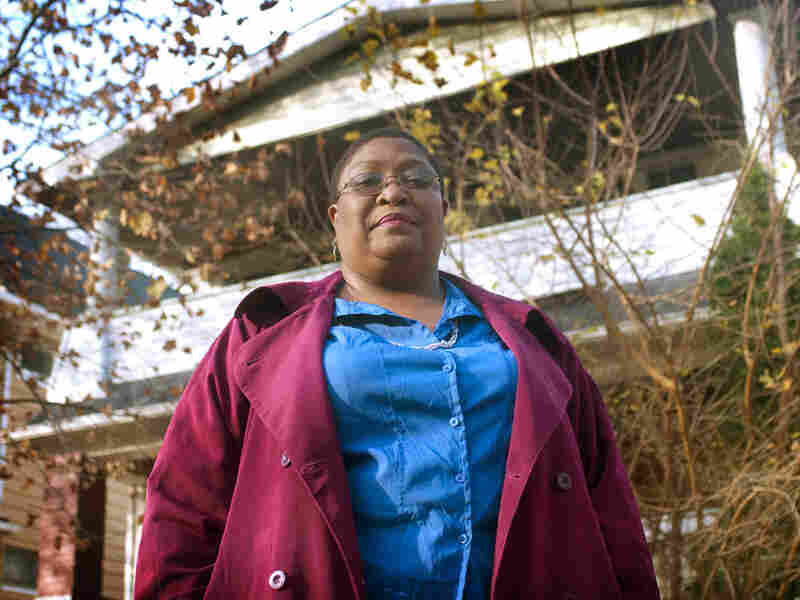 Robyn Hales, a resident of East Cleveland, Ohio, and daughter of a mail carrier, was a vocal protester against the post office cutbacks. Bridget Caswell for NPR hide caption 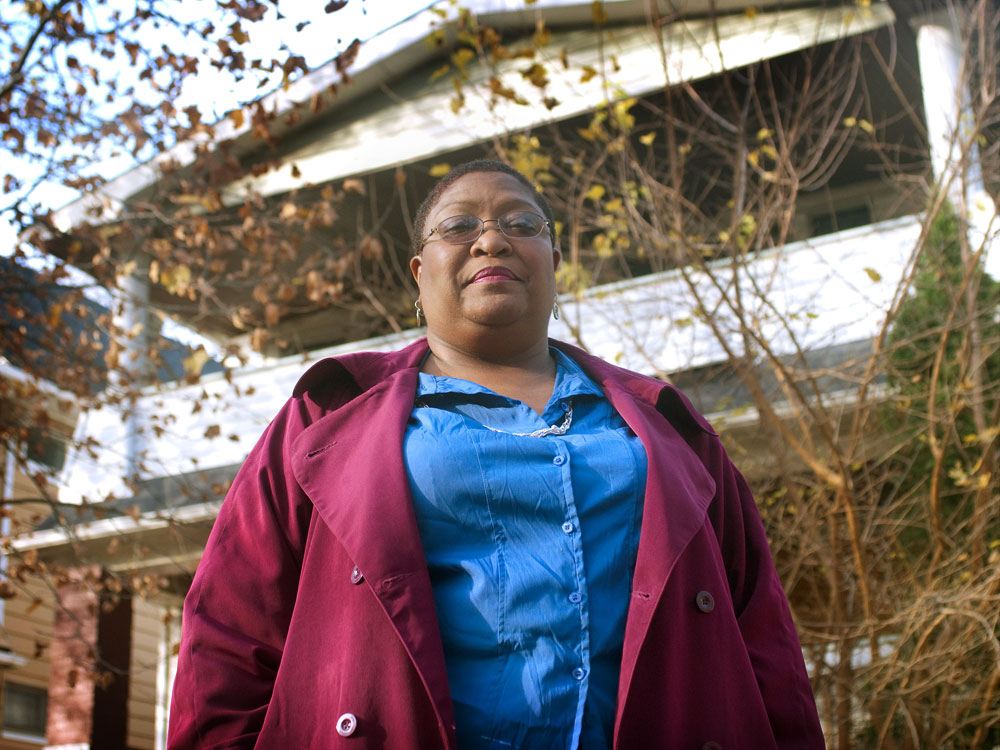 Robyn Hales, a resident of East Cleveland, Ohio, and daughter of a mail carrier, was a vocal protester against the post office cutbacks.

The cutback is deeply troubling for the hard-pressed urban community and came as a punch in the gut to people like Robyn Hales.

Hales' father delivered mail in East Cleveland. She says her dad's job helped propel her family into the middle class. Her family was the first of what would be many African-American families to move to the block.

"On cold days they gave him coffee. He knew when people were sick. He would check on people, things like that. He was their friend," she says.

But her hometown has hit hard times. One-fourth of the houses in the city are vacant. After decades of corrupt or inept leadership, East Cleveland is a financial mess. Businesses have shuttered. Even the library is in budget trouble.

Many of you shared your treasured letters and postcards -- and more! -- with us. Here, a gallery of some of those items and their stories. 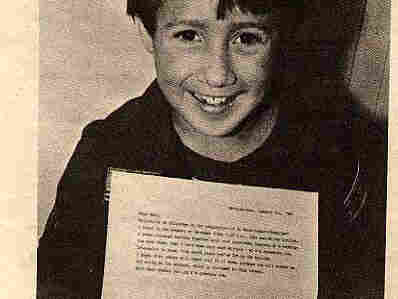 So news early last summer that the city's only post office was cutting almost all of its staff was troubling for Hales.

"I don't get it. Why you have to centralize everything and make it harder for people who are already having a hard time," Robyn Hales says.

This past summer, Hales organized neighbors and politicians to protest the changes. But the cuts came anyway. Mail is still delivered, but the carriers and clerks are now based in other cities. East Cleveland Councilman Nathaniel Martin points out the last local post office employee is a clerk at the window, helping customers buy stamps. The parking lot, once filled with mail vans, now sits empty.

"Look at all the vacancies. When I used to come here and do my mailing, trucks were everywhere," Martin says. "It's been a blow."

For communities around the country facing post office cuts, that blow is both emotional and economic. North Carolina A&T State University Professor Philip Rubio says it's particularly tough for African-Americans who have historically made up a fifth of the U.S. Postal Service's workforce. 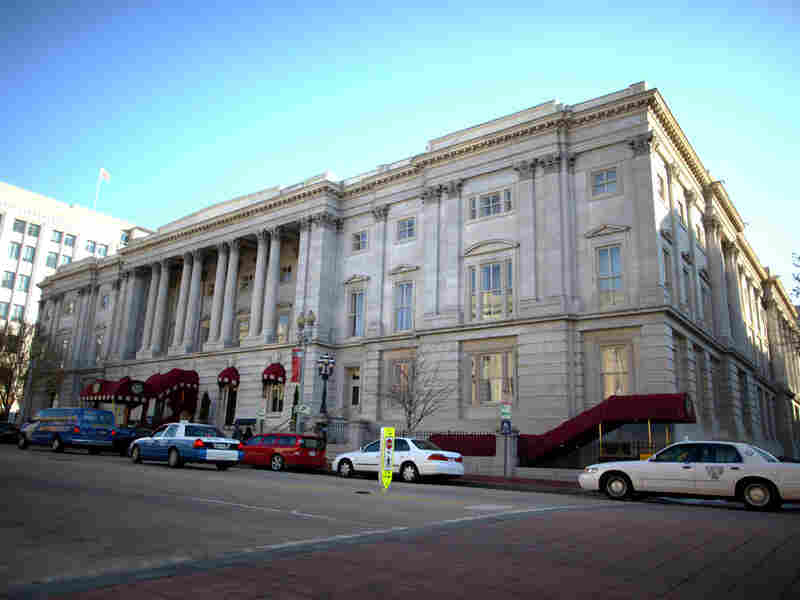 The city of East Cleveland will lose $100,000 in annual tax revenue from the moved workers. Mayor Gary Norton says the city's razor-thin budget can't accommodate that. He says the change at the post office also hurts this poor city, where a third of the residents don't have cars.

Cuts to the East Cleveland Post Office will save the Postal Service $200,000 in reduced transportation costs and fewer management positions. Post Office Spokesman Victor Dubina says the popularity of online bill paying and e-mail have cut the volume of mail to 1960s levels. Tough choices have to be made, he says, to keep the postal service going.

Around the country, that means more possible cuts and closures of post offices.