Accessibility links
A Literary Paternity Test: Who Fathered The Computer? Almost all modern computers descend from a machine built before World War II by physics professor John Atanasoff. But today, almost no one has heard of him. Pulitzer Prize-winning author Jane Smiley set out to remedy that. 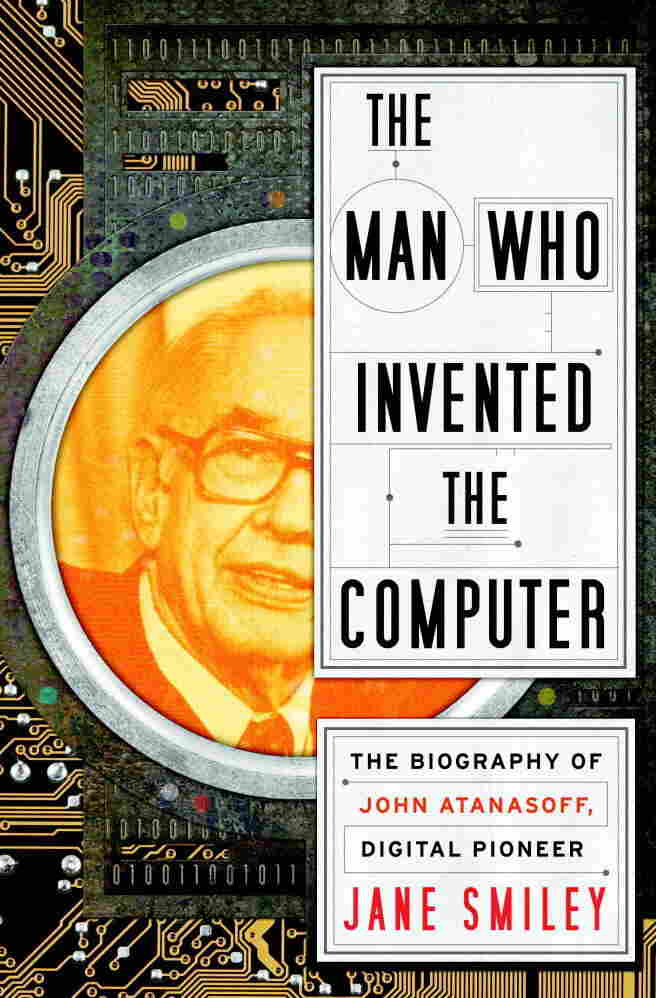 If you've got an iPhone or a laptop or a high-powered desktop -- any computer, really -- you can thank bourbon for all of them.

Bourbon and soda, in fact, because that's what Iowa State College physics professor John Atanasoff was drinking the night he thought up the main principles on which all modern computers operate.

But today, almost no one remembers Atanasoff or his inventions. Pulitzer Prize-winning author Jane Smiley set out to remedy that oversight in her new book, The Man Who Invented the Computer: The Biography of John Atanasoff, Digital Pioneer.

Smiley tells NPR's Guy Raz that Atanasoff was looking for a way to solve big complicated equations. Lack of calculating power was a major issue in the 1920s and 1930s, as science advanced but scientists were stuck with slide rules, pencil and paper.

And Atanasoff was stumped. So, Smiley says, one night in 1937, he jumped in his car and started driving east from his home in Ames, Iowa, across the Mississippi River.

"Iowa was dry at the time," Smiley says. "And he saw a sign once he crossed the river into Illinois that indicated that he could get a drink, so he went in and sat down and ordered himself a drink."

As Atanasoff sat in that Illinois roadhouse, sipping his bourbon and soda, inspiration struck. 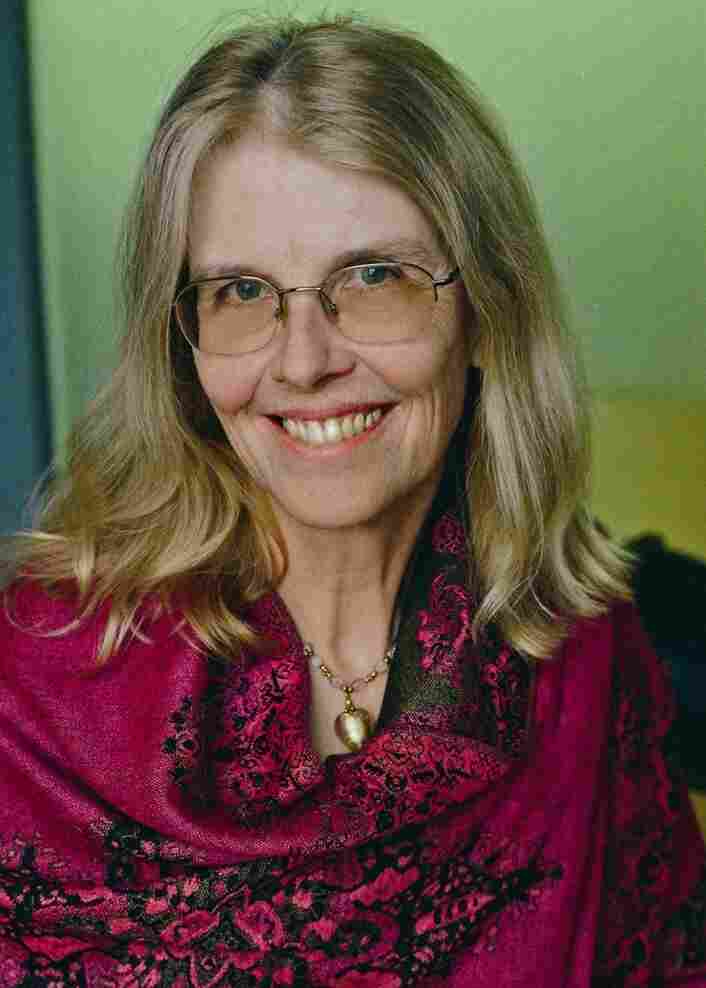 Supposedly Atanasoff scribbled his ideas on a bar napkin, but Smiley admits that may just be a legend. "Whether he actually wrote about them on a napkin, nobody knows. But they came to him so forcefully that he maybe didn't need to write about them on a napkin. He just went home, found himself a graduate student and put it together."

That graduate student was Clifford Berry, and the machine they built together, known as the Atanasoff-Berry Computer, or ABC, is now acknowledged as America's first computer.

Unfortunately, Atanasoff never patented his invention. And when he went off to war to work on acoustics for the Navy, Iowa State College dismantled his pioneering machine to make way for more office space. The ABC was quickly forgotten.

But one person had paid attention to it: a physicist from Philadelphia named John Mauchly. Mauchly visited Atanasoff's lab in Ames, Iowa, and studied his computer quite closely.

After the war, Mauchly went back to Philadelphia and used what he'd learned from Atanasoff to build a machine most people think of as the first computer: ENIAC, short for Electronic Numerical Integrator and Computer.

"Mauchly became known as the inventor of the computer," Smiley says, but it became clear in the 1950s and 1960s that the ideas behind ENIAC had not originated with him.

A lengthy court case eventually vindicated Atanasoff, declaring him the inventor. "Unfortunately," Smiley says, "the results of the case came out the same day the Watergate tapes came out, so whatever was going on with the computer was just lost."

Excerpt: 'The Man Who Invented The Computer' 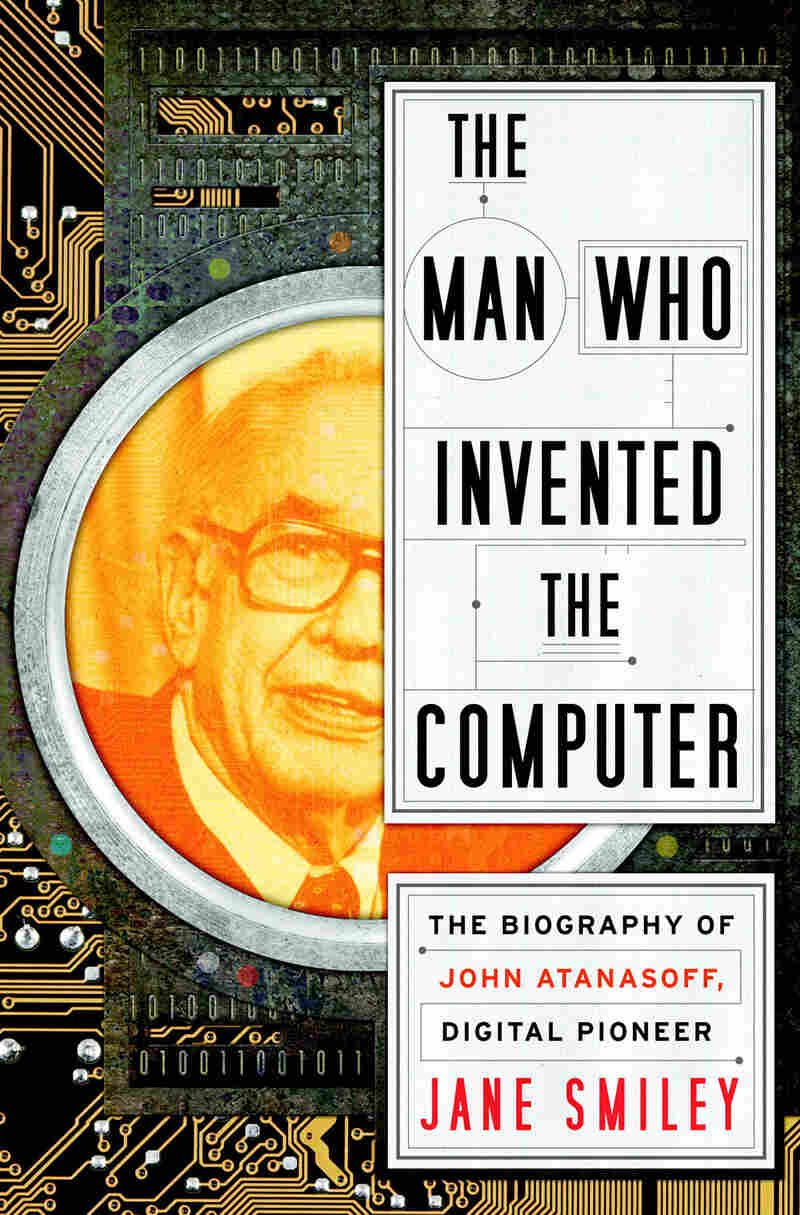 The story of how the computer on my desk got to me is one of the most peculiar tales of the twentieth century, and it demonstrates many tropes often considered merely literary -- peripeteia (a sudden reversal in the plot), hamartia (an error in judgment or a mistake), anagnorisis (unexpected recognition), catharsis (strong feelings), as well as significant amounts of tragedy, terror, and pathos, and even some comedy. Many characters took part, and they did, indeed, act in character -- some were dedicated, brave, enterprising, and lucky. Others were hotheaded, deceptive, foolish, and unfortunate. All were brilliant, but the story of the computer shows how they were brilliant in different ways. At least one, the most sociable one, turns out also to have been the most mysterious but maybe the most pivotal. And oddly enough, no inventor of the computer got rich off the invention, even though a few tried.

The inventor of the computer was a thirty- four- year- old associate professor of physics at Iowa State College named John Vincent Atanasoff. There is no doubt that he invented the computer (his claim was affirmed in court in 1978) and there is no doubt that the computer was the most important (though not the most deadly) invention of the twentieth century. But on the MIT Inventor Archive, there is no "Atanasoff" between Barbara Askins (Method of Obtaining Intensified Image from Developed Photographic Films and Plates) and Mike Augspurger (Handcycle). Where and when did Atanasoff invent the computer? In a roadhouse in Rock Island, Illinois, while having a drink. He jotted his notes on a cocktail napkin.

At the time John Vincent Atanasoff conceived of his invention, he lived in Ames, Iowa, north of Des Moines, and taught in the physics department at Iowa State College (later to be renamed Iowa State University). He had been attempting to come up with a calculating machine since the early thirties, and he had tried all sorts of ideas. On that night in December 1937, frustrated that his work seemed stalled and baffling, he left his house on Woodland Street after supper and went back to his office in the physics building, but that was no good, either. So he jumped in his new car and headed for the Lincoln Highway -- the two- lane road that was the first highway to connect the East Coast with the West Coast (Times Square in New York with Lincoln Park in San Francisco). Atanasoff drove east for some sixty or seventy miles, through the fl at prairies of Story County and Marshall County, to Tama, then he turned southeast toward Marengo. He drifted past Iowa City on Highway 6. The landscape of eastern Iowa was rolling and forested -- decidedly different from the flatlands around Ames. He drove rather fast, and so his trip demanded concentration and was a relief from his recent obsessive focus on his computing problem.

Atanasoff later recalled, "I had reached the Mississippi River and was crossing into Illinois at a place where there are three cities . . . one of which is Rock Island. I drove into Illinois and turned off the highway into a little road, and went into a roadhouse, which had bright lights . . . I sat down and ordered a drink . . . As the delivery of the drink was made, I realized that I was no longer so nervous and my thoughts turned again to computing machines."

The youthful professor came up with four ideas about how a computer might work. They came to him all at once -- four parts of a system that he had not been able to get a handle on in the previous five to seven years of concentrated effort. After he finished his drink (or two, though his son later maintained that more than one drink tended to put him to sleep, and that he had been known to stretch out on the carpet at parties after two), he got back into his car, drove home, and set about working out his ideas in detail. Within two years, he and a graduate student named Clifford Berry had constructed a working prototype at a cost of $650 ($450 to pay his assistant and $200 for materials).

If this sounds like the American dream, it is -- Atanasoff's invention of the computer came about as a result of immigration to the United States from a troubled area, internal migration around the United States in search of better opportunities, and a system of general, and inexpensive, public education that was based upon the land- grant universities established by the Morrill Act of 1862. Atanasoff's American dream also included wholesome family values, innovative genius, and, eventually, vindication, but the path from those notes written on a napkin in Rock Island to this computer on my desk was a tortuous one. The story of the invention of the computer is a story of how a general need is met by idiosyncratic minds, a story of how a thing that exists is a thing that could have easily existed in another way, or, indeed, not existed at all.

But although this volume is a biography of Atanasoff and focuses on him, his story can only be told in the context of other stories, because in that December of 1937, others too were pondering the difficulties of calculation. Alan Turing, a visiting fellow at Princeton, was wondering if the Liverpool tide- predicting machine, a system of pulleys and gears used to measure and predict tides on the river Mersey, could serve as a core idea for a general calculating machine. Tommy Flowers, an engineer at the General Post Office outside London, was wondering if vacuum tubes (or "valves" as they were called in England) could be used for telephone system relays. Max Newman, a Cambridge mathematician, was nervous about what was going on in Europe but hadn't turned his thoughts to computers yet. John Mauchly, aged thirty, was teaching at Ursinus College in Pennsylvania -- his passion was weather prediction, and he had his students attempting to find mathematical correlations between U.S. rainfall and patterns of solar rotation. J. Presper Eckert, only eighteen, was applying to college at MIT, though in the end he went to business school at the University of Pennsylvania. Konrad Zuse, in Berlin, had already built one computer (the Z1) in his parents' apartment. He later said that if the building had not been bombed, he would not have been able to get his machine out of the apartment. John von Neumann, born in Hungary but living in Princeton, New Jersey, had become so convinced that war in Europe was inevitable that he had applied for U.S. citizenship. He received his naturalization papers in December 1937. Von Neumann was one of the most talented mathematicians of his day, but he wasn't yet involved with computers. It is the weaving of these individual stories that makes up the whole story and causes it to become not merely the tale of an invention, but a saga of how the mind works, and of how the world works. 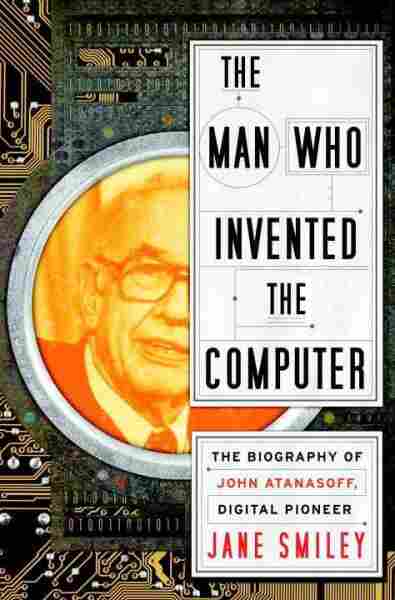 The Man Who Invented the Computer