Accessibility links
Bob Inglis: A Republican Swamped By The GOP Wave The GOP wave swept dozens of Democrats out of Congress -- and just a couple of Republicans. The most prominent was South Carolina's Bob Inglis, who tells host Guy Raz why he thinks the conservative movement has been hijacked and jokes about what it feels like to be "chairman of the local losers club." 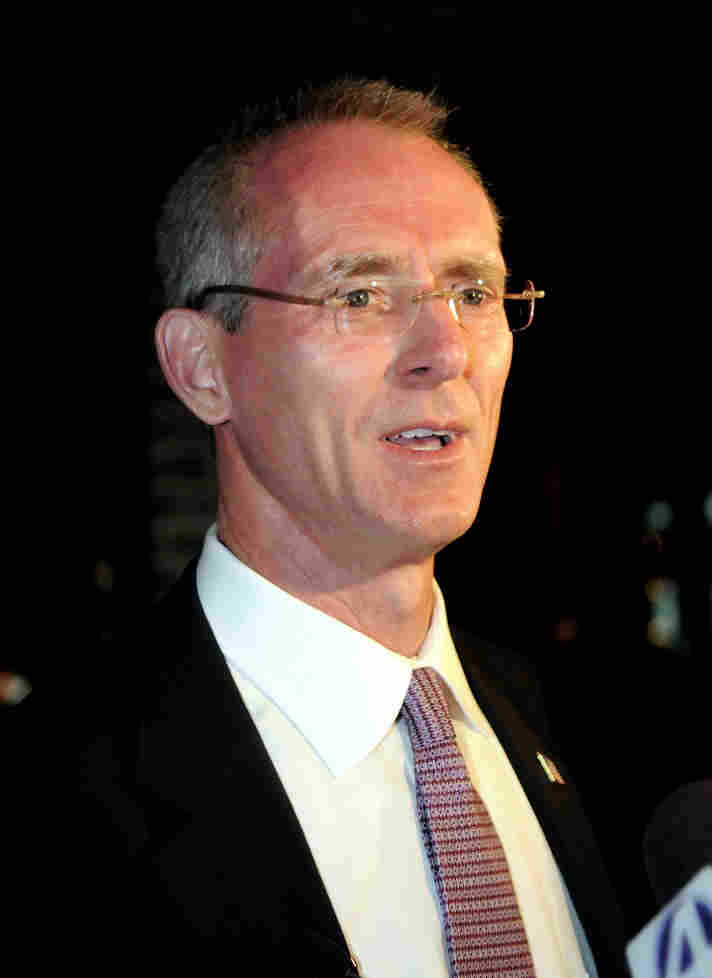 Rep. Bob Inglis of South Carolina is often described as a casualty of the "Tea Party-ization" of the GOP. Richard Shiro/AP hide caption

These days, Republican Rep. Bob Inglis of South Carolina says with a laugh that he is "chairman of the local losers club."

He was one of only a few Republicans in the House of Representatives who lost their seats in Congress to primary and state party convention challengers this year.

"It makes you feel a little bit like a moron to have lost when everyone else is winning," Inglis tells Guy Raz.

Rejected By The Newbies

By any measure, Inglis is a solid conservative. When he was first elected to Congress in 1992, Congressional Quarterly described him as revolutionary. He's won six congressional elections and has a lifetime rating of 93 from the American Conservative Union.

Yet he's become unpopular among his Republican colleagues for saying he believes in the science of climate change and for refusing to call President Obama a socialist.

Inglis says the Republican Party is trying to redefine the definition of conservatism and is turning toward demagoguery.

"We've wasted a lot of time with saying things that just aren't true about President Obama," he says.

The attacks on Obama strike a chord with Inglis because he was part of a group of Republicans who went after President Clinton in the '90s. Today, he says his attacks on Clinton were sins.

"So on this time around in Congress, presented with the opportunity to talk about the president as a socialist and Waterloo and him not having a birth certificate ... [I said] just none of it is true."

Tearing down institutions and other peoples' reputations isn't helping us come up with solutions, Inglis says.

A Plea For Consensus

Inglis' approach to civility isn't gaining much traction in a nation where the loudest voices are often the most strident.

"Right now what we have is people that are understandably upset and concerned about their mortgage and paying for their kid's tuition and about their job," he says, "and with that frustration has come a great bit of anger."

Exactly how that anger will redefine the Republican Party is still unclear.

Getting Conservatism Back On Track

Inglis says eventually Republicans will come back to conservatism.

"I think we have ventured into populism somewhat akin to the French Revolution," he says, "where we just lop off some heads and have blood running in the streets and wear out the guillotine."

But just like the French Revolution burned out, Inglis thinks the populist movement will die down as well.

"And hopefully we get back as quickly as possible to the American struggle for independence."