Accessibility links
'Nazis': A Word With Deep And Brutal Meaning This past week, Fox News president Roger Ailes referred to NPR executives as "Nazis." As Weekend All Things Considered host Guy Raz writes, it's a word that pains the hundreds of thousands who are still struggling with the legacy of World War II.

Weekend All Things Considered host Guy Raz has this essay on a word that still causes pain to hundreds of thousands struggling with the legacy of World War II. 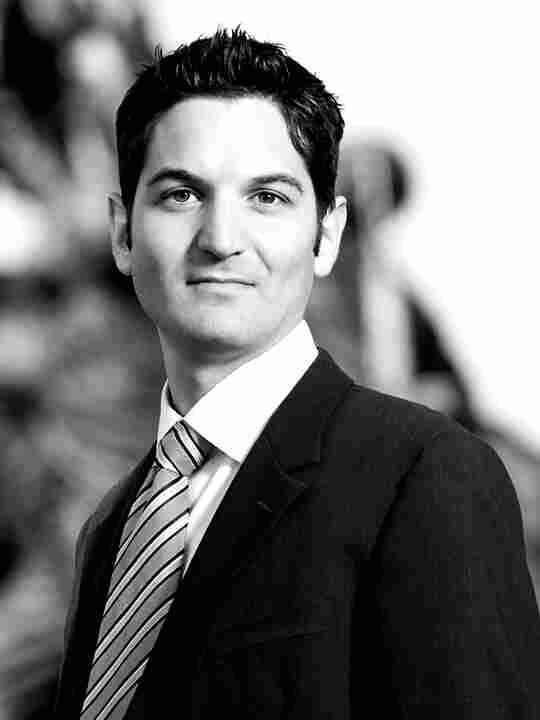 Abraham Reiss was born at the end of the 19th century near the city of Lviv in modern-day Ukraine.  The details of his life are sketchy, and it'll become clear why in a moment. But from the little I know, he lived in a village then called Stanislav.

Abraham owned a small brick factory. He and his wife, Esther, had three children. The youngest was Aryeh.

By the time he became a young man, Aryeh left the village to settle in Palestine.  He had witnessed too much hatred and saw what was coming for the Jews of Europe.

For the next four years, he urged his mom and dad, brother Reuben and sister Bronka to join him. But they decided to stay.

Now I wish I could fill in some more details here, but I can't.  All I know is that in 1945, Aryeh Reiss received a letter in the mail. Everyone was gone. Killed by the Nazis.

Aryeh was my grandfather, Abraham and Esther my great-grandparents.

For Aryeh's generation of Jews -- those who escaped -- the stories were similar.  Aryeh's wife, Clara, my grandmother, last saw her parents, Menashe and Adela, in the early 1930s.  She never found out the name of the concentration camp where they were killed, never had a chance to touch their ashes or visit a mass burial site where their anonymous bodies were tossed with hundreds of others.

I have never seen a photograph of Abraham or Esther or Menashe or Adela. I don't know if my son's blond hair and infectious smile come from any of them.

The details of their lives were wiped out.

What I do know is that they were killed by people motivated by the most extreme and hateful ideology mankind witnessed in the 20th century.

I tell this story because this past week, some of my colleagues here at NPR were called that name. Nazis.

The president of Fox News, Roger Ailes, made those remarks.

I remember when I was sent to Berlin to take up my first foreign posting as an overseas correspondent more than a decade ago. I was at a party with young Germans, and I thought it might make them feel more comfortable if I made a joke describing a hotel clerk I'd run into as a "Nazi."

And it was the first time I realized that that word -- Nazi -- means something very real to the millions of Germans who have courageously struggled to come to terms with that legacy for 65 years.

It also means something to the estimated quarter-million Holocaust survivors still alive today with numbers tattooed on their arms.

Nazism was unequivocal. It was depravity. It was bodies buried one on top of the other. It was deliberate, mechanized killing. It was a movement that seized the minds of a segment of humanity.

Just 65 years ago, within the lifetime of many people still alive today, the Nazis killed 1 out of every 3 Jews on the face of the Earth. They destroyed a world and a way of life for millions of people -- Jews, Christians and nonbelievers.

That word, Nazi, means something. We are all free to use it as we please. It's our right, of course. But when its use is stripped of any of its real meaning, I just ask you to remember the story of Abraham Reiss.