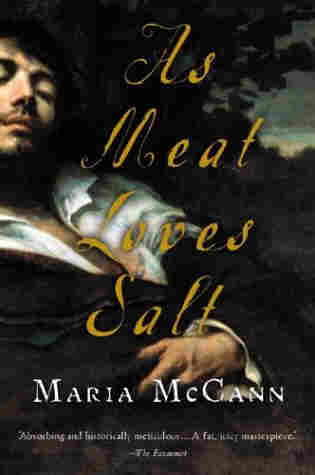 As a writer of very contemporary books, I don't think of myself as especially keen on historical novels. Yet some of my favorite books of recent years have been just that: Matthew Kneale's hilarious English Passengers, E.L. Doctorow's harrowing Civil War tale The March, and most of all, Maria McCann's novel about what the English regard as the real Civil War, As Meat Loves Salt.

I remember when I first idly opened this book over my morning coffee. I had other plans for that day, yet after about 10 pages, I put those plans aside. Indulging myself, I curled into the living room armchair and galloped on as the sun rose high. I don't, alas, often say this of any novel as an adult, but I could not put it down.

As Meat Loves Salt is narrated by a brooding, intermittently violent young man named Jacob who does not know himself. In flight from a murder and a brief, disastrous marriage, he joins Cromwell's New Model Army, from which he and his new friend, Ferris, eventually go AWOL. It isn't until halfway through the novel that Jacob realizes, and we realize, that the tension between the two men is sexual, and they embark on a torrid affair. Yet in the 1640s, the mild, accepting term "gay" had yet to be coined; bookshops didn't have whole sections cheerfully devoted to "gay literature." Rather, homosexuality was a hanging offense. Jacob and Ferris' passionate, fractious relationship courts calamity.

Moreover, the historical details are seamlessly interwoven into the text, and rather than seem to show off how much homework the author has done, they create the sense of immediacy that I need to get hooked by a historical novel. After all, the past was once the present. Thus McCann has written a tony version of We Were There at the English Civil War. Ever since reading this book, I've felt curiously proprietary about the conflict -- as if I truly know what it was like; as if I were there.

Apparently, McCann was a schoolteacher when she wrote this novel, and used to get up at 5 a.m. every weekday to write a few more pages -- making me feel quite the lazy bones in comparison. But so professional was her work that when her editor showed her manuscript to an expert on the period, the only error he discovered was a particular postal vehicle, which wasn't used until a few years later. That's pretty high marks.

On the morning we dragged the pond for Patience White, I bent so far down trying to see beneath the surface that my own face peered up at me, twisted and frowning. The three of us had churned up the water until it was half mud and spattered with flecks of weed before I knocked my foot against something loose and heavy that lolled about as we splashed. I tried to push it away from us, but too late.

'It is she.' Izzy's lips were drawn back from his teeth.

He seized my hand and plunged it in the water near his right leg. My heart fairly battered my ribs. I touched first his ankle, then wet cloth wound tight around something which moved.

'I think it is, Brother.' Feeling along it, I found cold slippery flesh, which I levered upwards to the air. It was certainly an arm, and at the end of it a small hand, wrinkled from the water. I heard My Lady, standing on the bank, cry out, 'Poor girl, poor girl!'

Zebedee reached towards the freckled fingers. 'That's never - Jacob, do you not see?'

'Quiet.' I had no need of his nudging, for I knew what we had hold of. Ever since we had been ordered to drag the pond I had been schooling myself for this.

'You forget the rope,' called Godfrey from the warm safety of the bank.

I looked round and saw the end of it trailing in the water on the other side of the pond, while we floundered. 'Fetch it, can't you?' I asked him.

He pursed his lips and did not move. A mere manservant like me must not speak thus peremptorily to a steward, though he were hanging by his fingernails from a cliff.

'Be so kind as to fetch it, Godfrey,' put in the Mistress.

Frowning, the steward took up the wet rope.

The pond at Beaurepair had a runway sloping down into it on one side, made in past times to let beasts down into the water. It was coated with cracked greenish mud, which stank more foully than the pond itself. We grappled, splashing and squelching, to drag the thing to the bottom of this slope, then Zeb and I crawled to the top, our shirts and breeches clinging heavily to us. Having forgotten to take off my shoes, I felt them all silted up. Izzy, who lacked our strength, stayed in the water to adjust the ties.

Zeb and I seized an end of rope each and leant backwards. Our weight moved the body along by perhaps two feet.

'Come, Jacob, you can do better than that,' called Sir John, as if we were practising some sport. I wondered how much wine he had got down his throat already.

'Her clothes must be sodden,' said Godfrey. He came over and joined Zeb on the line, taking care to stand well away from my brother's dripping garments. 'Or she's caught on something-'

There was a swirl in the water and a sucking noise. Izzy leapt back.

The body sat up, breaking the surface. I saw a scalp smeared with stiffened hair. Then it plunged forwards as if drunk, sprawling full length in the shallower waters at the base of the runway. I descended again and took it under the arms, wrestling it up the slope until it lay face to the sky. The mouth was full of mud.

The corpse was not that of Patience Hannah White. Our catch was a different fish entirely: Christopher Walshe, late of this parish, who up to now had not even been missed.

Excerpted from As Meat Loves Salt, copyright 2003 by Maria McCann.  Reproduced with permission of Houghton Mifflin Harcourt.  All rights reserved. 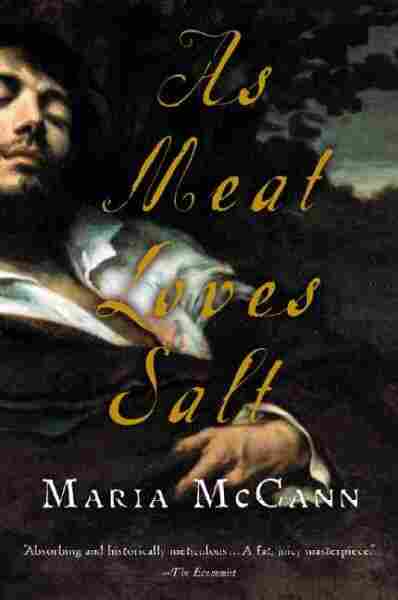