Accessibility links
Chrysler Buyout: Was Taking It A Big Mistake? As Detroit car companies return to profitability, some workers who took buyouts are wondering if they made the right choice. Changing Gears, a new public radio project from the Midwest Public Media Collaborative, has the story of two veteran Chrysler workers who reacted differently to the same buyout offer. 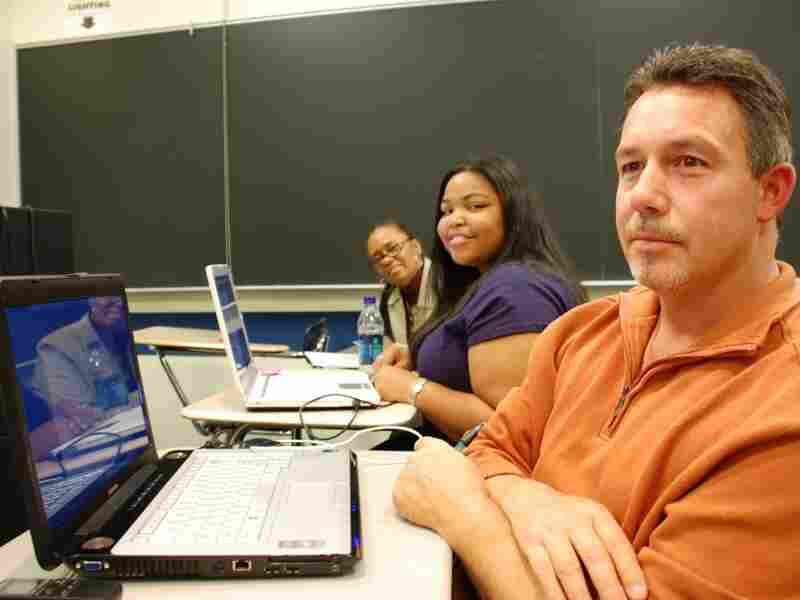 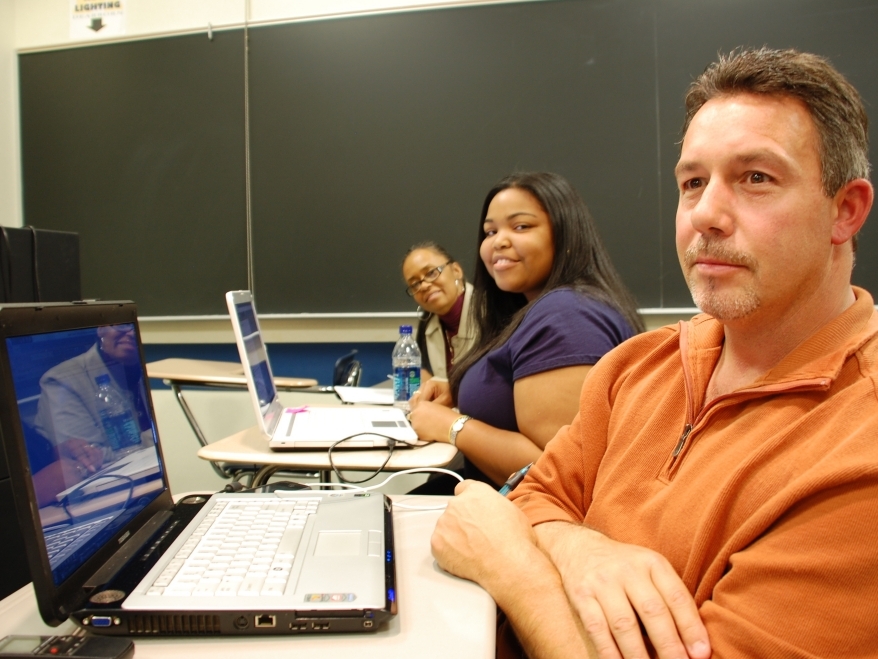 Joseph Arducan took a Chrysler buyout and went back to school. He's taking classes at the University of Michigan, Dearborn.

As General Motors returned to the stock market last week, there was a lot of talk about the rebounding Big Three automakers.

But not so much about the more than 100,000 workers who took buyouts in recent years -- not to mention those who were laid off.  A splashy IPO won't be enough to restore all of the jobs that have been lost.

Early last year, Joseph Arducan was one of many autoworkers who didn't know which way to turn. He was a toolmaker -- a skilled tradesman -- who had worked at Chrysler for 17 years.

The company had offered buyout after buyout. The writing was on the wall, and it spelled bankruptcy. So when a government team came to his plant and offered to pay for college, Arducan made up his mind. On April 3, 2009, he left what he says was a six-figure job.

"It's hard to walk away from that," Arducan says. "I mean, somebody in their right mind in this economic downturn would say, 'You're working for the Big Three, you have no degree, you're making that much money with all that benefits, how can you be that dumb to walk away?' "

Now, at 43, Arducan is a senior at the University of Michigan, Dearborn. 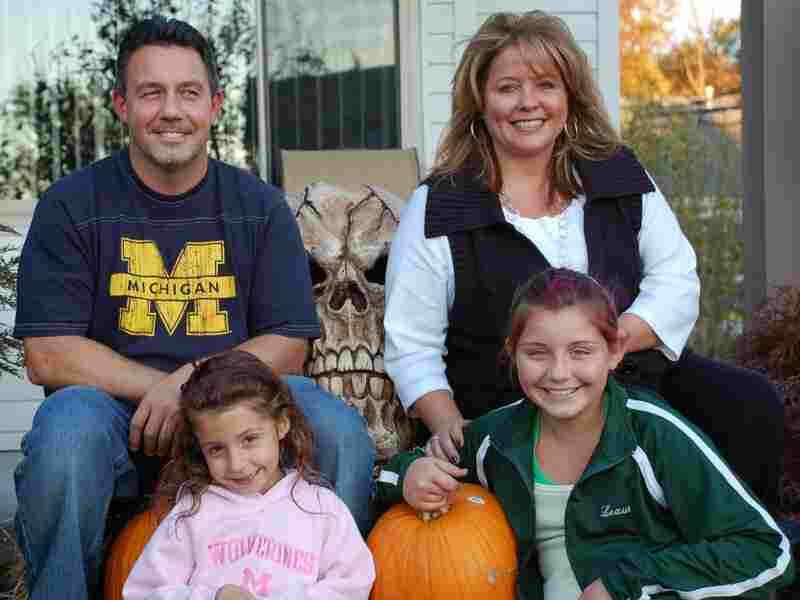 Joseph Arducan, along with his wife, Lori, and daughters Lexus, 11, and Jenna, 5, at home in Chesterfield, Mich. Kate Davidson/Midwest Public Media hide caption 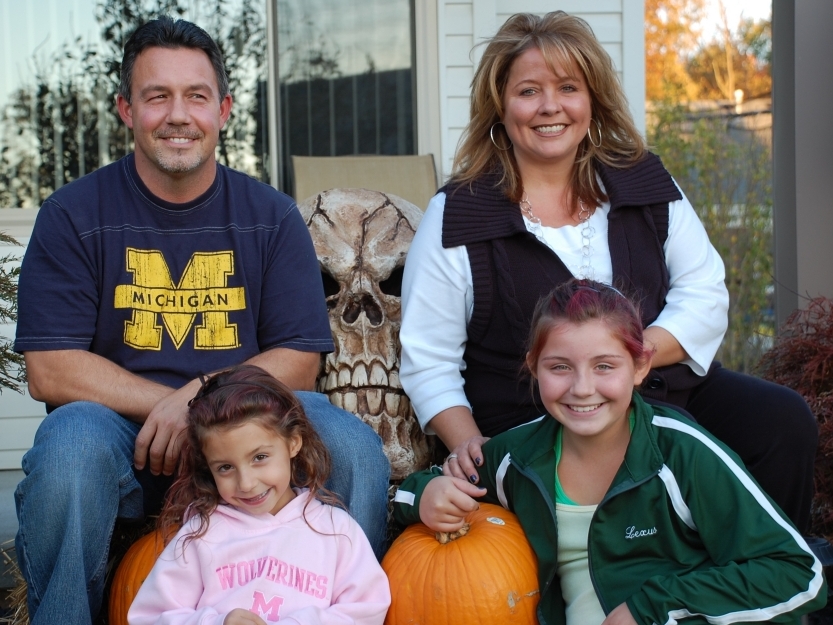 Joseph Arducan, along with his wife, Lori, and daughters Lexus, 11, and Jenna, 5, at home in Chesterfield, Mich.

His wife is the breadwinner now.

"Had I known then what I know now, I don't know if we would have made the same decision," Lori Arducan says. "Chrysler is back up and running. His friends are working 12 hours, 6 days a week. And, it's hard -- financially, it's hard."

"When he took the buyout, it crushed me," says Mark Jennings, who is back working overtime at Chrysler's stamping plant in Warren, Mich., where he worked alongside Arducan for about 15 years.

"I could not even imagine restarting a career at that age," says Jennings, who never even considered the buyout.

"Once you sign, you're basically finished. You can't even get a job back in Chrysler Corp. And I wasn't willing to do that. I just figured, you know, I'll go down with the ship, if that's where it's gonna be," Jennings says.

But the ship is still afloat. In fact, there are round-the-clock shifts, which means there's work. For a while, the plant ran only one shift.

Jennings describes his friend Arducan as stubborn and smart: "The last day that he was in the plant to pick up his toolbox, and he was saying bye to people, you know, they were all like, 'Joe, you're out of your mind.' But I'll tell you what, every single one of them said that, 'If one person could do it, you'd be the one.' "

At the Arducans' house, Jenna, 5, is lying on her belly, playing with an iPhone.

Her father didn't have a computer growing up. He's a hunt-and-peck typist. He didn't even know how to use Microsoft Word when he left Chrysler.

Arducan doesn't regret going back to school -- he wanted it. But he admits he's often overwhelmed by assignments.

"To make a family tree in Word, oh my God, I'm lucky if I can get it to tab backwards and, you know, insert this and that and I get stuck all the time, why doesn't this margin move? And then I'll sit in the basement for hours on days. I'll finally ask her, 'Lori, how do I do this?' Because I don't want to ask. I don't want her to be at college," Arducan says.

"We see him more now," his wife, Lori, says. "He's physically home more now. But I think we spend less time with him now. That's one of the things that's hard."

Arducan isn't sure what's next. He appears to have swapped uncertainty for uncertainty. But everyone is looking forward to his graduation.

I will be so proud that day," Arducan says. "I will cry the day I get that degree. And I went there and I made that decision knowing that, no matter how hard it gets, that degree is going to carry its own weight."

But Michigan's unemployment rate is the second-highest in the country. So when Joseph Arducan graduates next year, job competition will likely be fierce. It may be only then that Arducan and his friend Jennings see which one really made the better choice.

The story was produced by Changing Gears, a collaboration of WBEZ Chicago, Michigan Radio, and ideastream Cleveland.