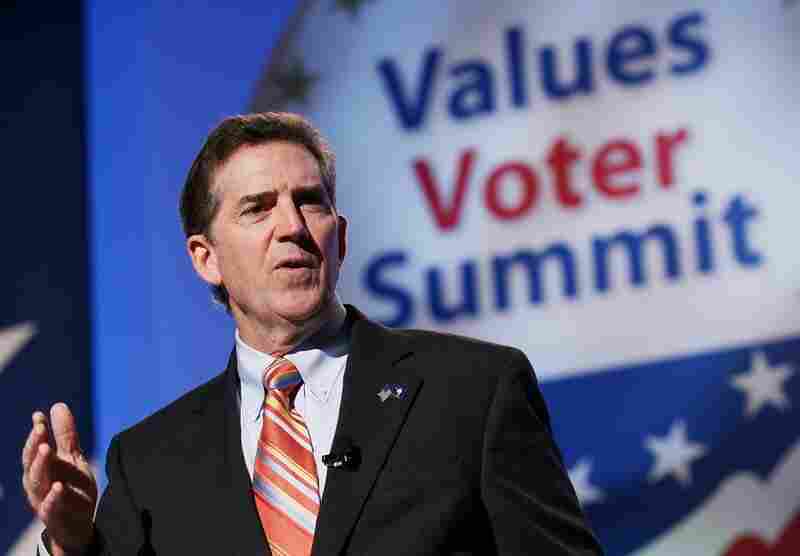 Social conservatives who felt shut out of the conversation in the last two elections are banking on a Hill resurgence going into the 2012 presidential campaign.

These voters didn't see GOP presidential nominee John McCain as their guy in 2008, and the economy squeezed their issues in the midterms. So a more robust social agenda on Capitol Hill should be a given, says Tony Perkins, head of the conservative Family Research Council, since more than 50 of the freshman House Republicans who will give the party a majority come January oppose abortion.

But libertarian-minded Tea Party activists have been warning freshmen whom the movement helped elect that if they stray from a laserlike focus on fiscal issues, they'll face a primary challenge in two years and harm Republican chances in the coming presidential race. And they have accused leaders like Perkins of attempting to appropriate the Tea Party's success to promote a broader and different agenda.

"The Tea Party movement was born out of objections to the expanding size of government," says Christopher Barron, who chairs GOProud, an organization for gay conservatives. "Even social conservative candidates didn't run on social issues.

"The Tony Perkinses of the world are trying to rewrite history to make this about those issues," he says.

Perkins characterized the assertions as "hilarious," considering, he says, that polls show that a majority of Tea Party adherents who voted earlier this month identified themselves as conservative evangelicals.

His message: Who's co-opting whom?

"They need to look at who is in the Tea Party," Perkins says.

The senator will continue his fight on all issues important to the American people — including social issues.

The recent rumblings of discord between the libertarian wing of the Tea Party movement and white evangelicals like Perkins, whose organization opposes same-sex marriage and abortion, have already reached Capitol Hill.

Conservative South Carolina Sen. Jim DeMint, who has been called "Sen. Tea Party," angered some in the movement by asserting during an recent interview on Fox News that "you can't be a fiscal conservative and not be a social conservative."

His argument, he told Fox, and one echoed by Perkins, is this: "A large part of the expansive government is to make up for a dysfunctional society because our culture is falling apart, the family is falling apart."

Perkins says that part of the economic solution involves "policies that strengthen the family," including prohibiting taxpayer money for abortion and preventing the extension of marriage rights and "government benefits" to same-sex couples.

It's a fusion of economic and social issues that some have dubbed the "teavangelical" movement.

That merging is anathema to limited government activists like Andrew Ian Dodge, coordinator of Maine Tea Party Patriots, who sees the movement as a "grand coalition" whose members needed no calling card other than their own fiscal conservatism.

"That's the only requirement -- whether you're gay, straight, black, white, whatever," Dodge says.

He and others argue that because the GOP in the midterms remained focused on fiscal issues, it attracted a wave of independent voters -- voters whom the party will need to retain if it is to win back the White House in 2012 and who are typically not motivated by a conservative social agenda.

I don't think that the divisions on social issues have gone away.

John Green, director of the University of Akron's Bliss Institute of Applied Politics

Says Barron, of GOProud: "In this economic environment, people don't want to hear what your position is on gay marriage, abortion, or gay teachers. They want to hear about the bread-and-butter issues of the economy."

That was the message in a recent letter from GOProud, signed by Dodge and more than a dozen Tea Party activists across the country, to Republican leaders on Capitol Hill.

The letter urged House speaker-in-waiting John Boehner and Senate Minority Leader Mitch McConnell to "stay focused on the issues that got you and your colleagues elected, and to resist the urge to run down any social-issue rabbit holes in order to appease the special interests."

Dodge and Barron argue that Perkins and other leaders like him are "big-government, establishment" conservatives who want to tinker with the Constitution on marriage and family matters.

Says Dodge: "We're not trashing social conservatives. We're just saying remember how we got to this point."

DeMint's spokesman, Wesley Denton, however, told NPR that "the senator will continue his fight on all issues important to the American people -- including social issues." And particularly those related to what he characterized as "increasing dependency" on government programs.

Though libertarian Tea Party adherents would like to see social issues relegated to the back burner, they stubbornly remain part of the national conversation.

"I don't think that the divisions on social issues have gone away," says John Green, an expert on religion and national politics.

"The country is pretty evenly divided on the abortion issues, and opinion on same-sex marriage has been fairly stable," says Green, director of the University of Akron's Bliss Institute of Applied Politics. "The religious communities still care."

There will be more anti-abortion forces on Capitol Hill when Republicans take over the House in January and improve their numbers in the Senate, he says. But, historically, social issues are pushed to the margins when the nation faces a dominating issue, like the current economy.

Green suggests that, given the overarching issue of the economy, real action on issues such as marriage and abortion may play out in the states and in the courts before they rise on Capitol Hill.

The midterm defeat of three Iowa judges who had ruled in favor of same-sex marriage in that state points to the continuing debate over that issue, and the power of social conservatives to identify ways to promote their agenda away from Washington.

"What happened in Iowa is highly significant, and the defeat of those judges is already resonating around the country," Green says. "The lesson will not be lost that you can defeat judgment."

Green says that within the Tea Party, rival groups of activists are jockeying for position.

"There is a strong religious element to the movement," he says. "Most of the Tea Party-backed candidates are social conservatives, and there are very few pure Libertarians."

An Election Day poll showed that a majority of self-identified members of the Tea Party who voted in the midterms say they are conservative evangelicals. However, another survey suggested that overall, just over a third of Tea Party adherents are Christian evangelicals.

Issues 'Always Running In The Background'

Indiana Gov. Mitch Daniels, mentioned frequently as a potential Republican candidate for president in 2012, has urged a "truce" on social issues during the country's continuing economic trials.

The Family Research Council's Perkins says he agrees that the economy is the nation's most pressing issue. But the social conservative values he espouses, Perkins says, are like a "Windows operating system -- always running in the background."

"We're not talking about a truce, because the culture war isn't being fought and won in Washington, D.C.," he says. "Why would you want the federal government teaching us morality and values when that's the proper role of families and our places of worship?"