Accessibility links
Helping The World's Poor Save A Bit At A Time: Gates Foundation Funds Microsavings Initiatives Far more poor people want to save rather than borrow money. So, the Bill & Melinda Gates Foundation is putting $500 million toward studying and expanding microsavings programs in places like Malawi, where a banking kiosk operates out of a butcher's shop. 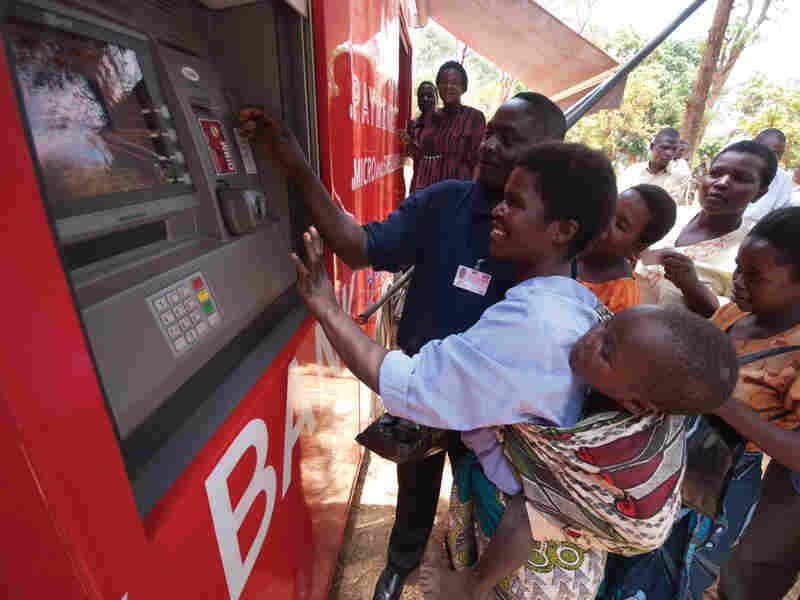 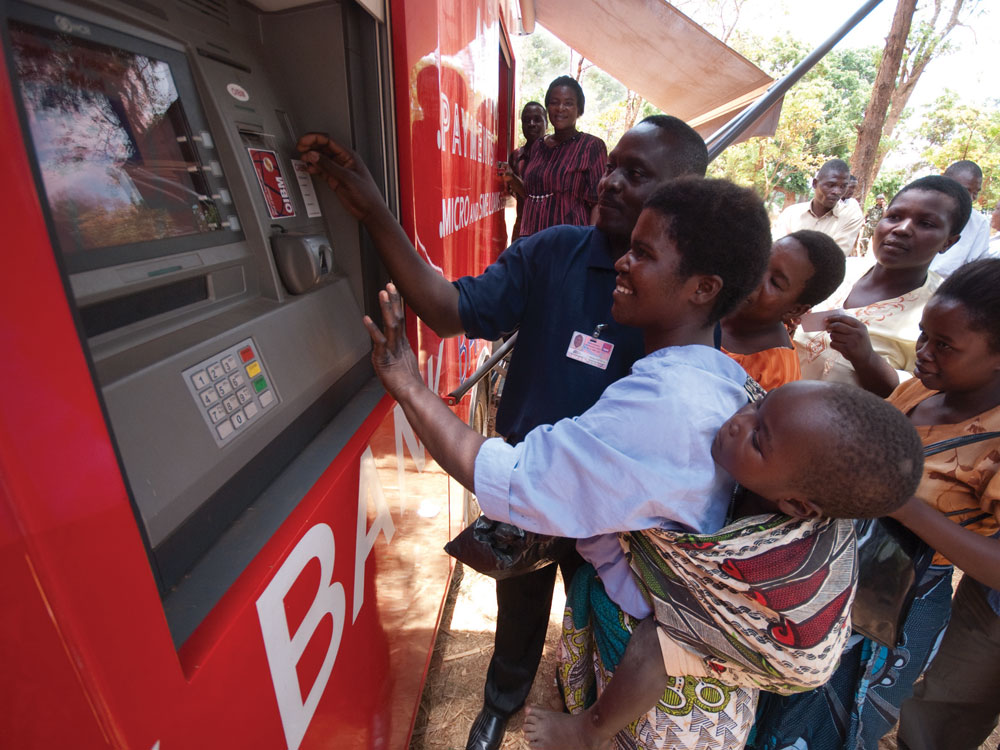 Far more poor people want to save -- rather than borrow -- money in Africa or India.

But the poor often have a hard time putting money aside.

And that's something the Bill & Melinda Gates Foundation hopes to change by putting $500 million toward something called microsavings.

"The poor do save; they already save," says Melinda Gates, co-chair of the foundation. "We're unlocking something they do."

They might buy livestock or jewelry they can sell when they need cash. But animals die, and a necklace can be stolen.

Commercial banks in the developing world have little interest in providing financial services to the poor. But a few people have begun to innovate to encourage people to save. And this caught the attention of Bill and Melinda Gates.

"It really is all about how you create something at scale that will help people transform their own lives," Melinda Gates says.

A Bank In A Butcher's Shop

Aleksandr-Alain Kalanda, the CEO of the Opportunity International Bank of Malawi, says shoppers were initially suspicious of his minibank, and mainstream bankers laughed.

"We went into a market and established a kiosk in that market out of a butcher's shop," Kalanda says.

"Virtually everybody in that market is banking with us," Kalanda says. And so are people in the neighborhood. Many deposit 75 cents at a time, and their average balance is less than $85. But after adding it all up, it totals $1 million.

The bank can make a profit because it has a large customer base across Malawi and because the bank's transaction costs are low.

Another model is in Kenya where a service called M-PESA enables people to use mobile phones to transfer and save money without opening an actual bank account.

The Gates Foundation funds will go to expanding programs like these, promoting new ideas and studying what works.

Melinda Gates says saving by itself isn't enough. She wants to know whether the money that's put aside will actually improve lives. For example, does it allow the poor to expand their harvest?

Early results from Malawi and elsewhere, she says, are encouraging.

"The change that we have seen in this field in the last three years is astounding," Gates says. "And I think the change -- if we sat here and talked about it three years hence -- is going to be quite phenomenal, both in terms of the number of poor being banked and how their lives are changing."

Caution On Saving While Borrowing

Many experts in global poverty applaud the foundation's push into microsavings. One of them is Yale economics professor Dean Karlan. But he cautions that the poor shouldn't be saving money at the same time they're borrowing it at very high interest rates.

"The last thing we want to do is let microsavings become the next microcredit where its advocates pretend like it is the panacea against poverty -- that it's the silver bullet," Karlan says.

Rather, he suggests microsavings is just one step in solving the very complex problem of global poverty.