Accessibility links
Helping Your 'Good Old Dog' Navigate Aging Owners of aging dogs often struggle with their pets' dementia and incontinence — as well as navigating through end-of-life decisions. Veterinary behaviorist Nicholas Dodman talks about the best ways to care for your aging dog. 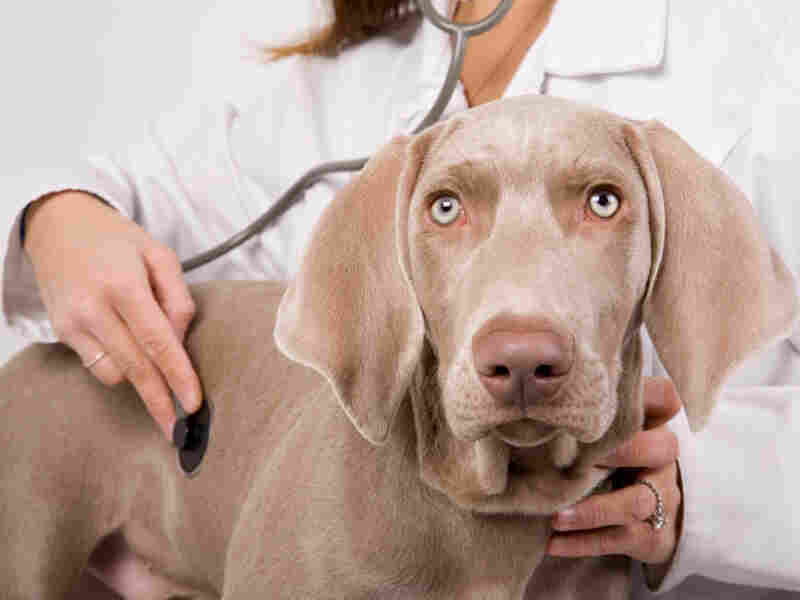 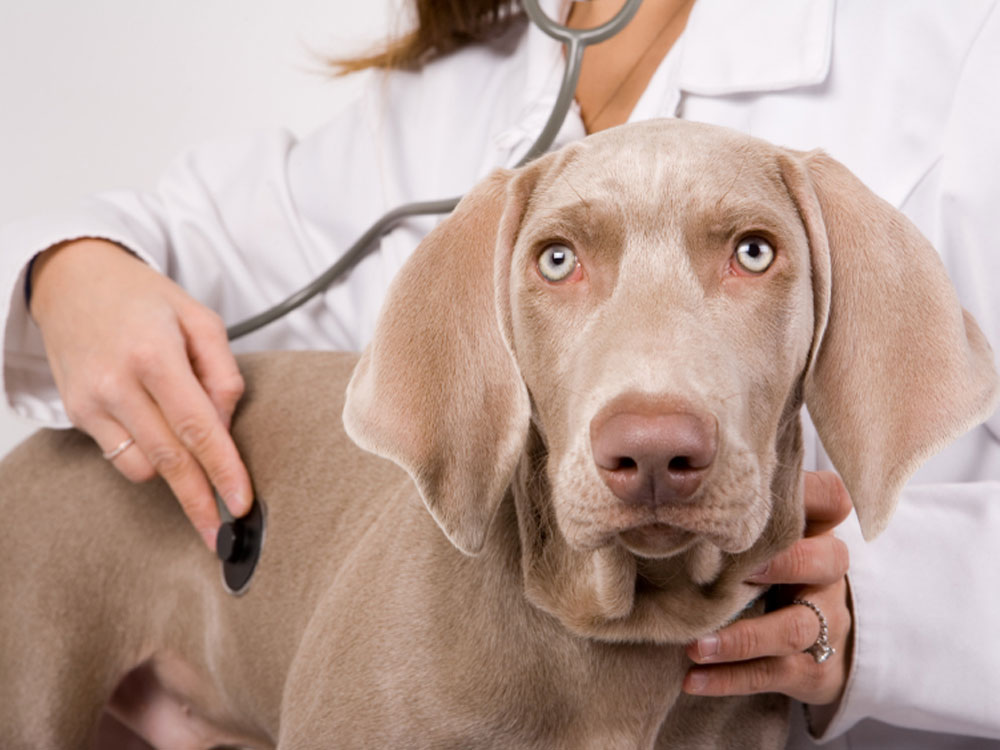 It's important to talk to your vet about any changes in your dog's behavior or diet, says veterinarian Nicholas Dodman.

As dogs age, taking care of them becomes more difficult. Owners of aging dogs often struggle with their pets' dementia and incontinence -- as well as navigating through the maze of end-of-life care decisions.

Veterinary behaviorist Nicholas Dodman is the head of the Animal Behavior department at Tufts Cummings School of Veterinary Medicine and has worked with aging dogs for decades. He says that old age isn't a disease, but a stage of life for pets and owners to navigate.

Dodman recently collaborated with other vets from Tufts University as well as writer Lawrence Linder on a reference guide for owners of older dogs, called Good Old Dog: Expert Advice for Keeping Your Aging Dog Healthy, Happy and Comfortable.

Dodman joined Fresh Air's Dave Davies for a conversation about the best ways to care for your older dogs during their golden years, touching on topics like what kinds of diet and exercise older dogs need, the diseases they'll face and how best to deal with end-of-life care.

They're less able to cope with the change in temperature, and it's a recipe for disaster.

Among the basic things owners need to know about raising older pets, Dodman says, is that older dogs are typically more sensitive to extreme temperature changes because of changes in their metabolism.

"They're really like older people," he explains. "Older people are often the ones who are the victims of these freezing bouts or extremes of heat. They're less able to thermoregulate. So we have to take account of that by making sure they have some kind of blanketlike coat or contraption on to keep them warm and not keep them out so long in cold weather. The same goes for heat. You really don't want to leave them out in the yard, especially tied up on an extremely hot day. They can dehydrate. They're less able to cope with the change in temperature, and it's a recipe for disaster." 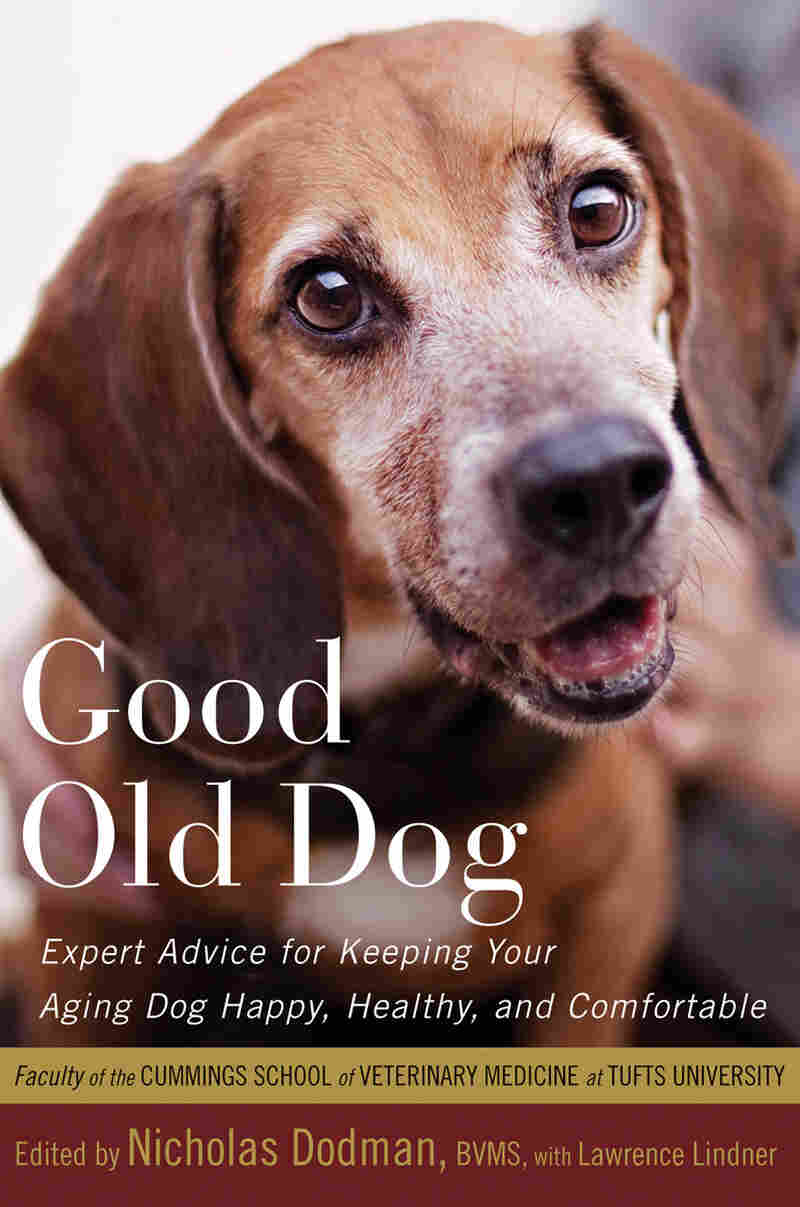 Dodman also recommends moderating exercise for older dogs, because heart and lung function do deteriorate. And he warns owners who purchase dog food packaged specially as a "senior diet" for their pets.

"While there are some laws that govern what comprises a puppy food and while there are recommendations and regulations concerning what goes in dog food, there's no real legal requirement or definition of what constitutes a 'senior' dog food," he says. "So they're out there -- but the composition is highly variable."

To make sure your dog's diet is appropriate, Dodman says to check with your veterinarian before introducing any new food into the pet bowl. He also recommends checking with your vet if your dog appears to be overweight -- because the extra weight may affect your dog's joint health.

"The large mass or weight of the dog will stress the joints further," he says. "You can often get a lot of relief [from joint pain] if you can get him down to his fighting weight."

Anther concern for many owners, says Dodman, is what to do when their pet gets a terminal disease. Cancer kills 500,000 dogs a year in the United States and affects half of all dogs older than 10 years.

But deciding whether or not to treat cancer aggressively is difficult for many pet owners, says Dodman, because there are so many things to consider: the cost of treatment, a pet's quality of life after treatment, whether the treatment is painful and how long a dog's life can be extended.

We listen carefully about what people are telling us about a dog's life and we look carefully at the dog.

"If, for example, you had a relatively noninvasive procedure that wasn't going to cause your dog a lot of pain, and it was going to buy him an extra six months and you could afford that treatment -- and those six months were quality life -- then why not, if you can afford it?" he says. "But, on the other hand, just to drag out an existence. ... Some people, I have known in the past ... have done that. Owners, with cooperating vets, have just gone step after step after step, when really, you're on a highway to nowhere. If the dog is in chronic pain and doesn't have long to go, sometimes I question the wisdom of that approach."

"Like in humans, there's a certain constellation of signs that are not accounted for by any physical finding or disease," he says. "It's a diagnosis of disease or rule out. To make the diagnosis, there is a helpful chart on the Pfizer animal health website where it divides the signs a dog might have. If you take the test -- and then take the test a month later, and find the number of signs is increasing, that's a very good sign that you are on the Alzheimer track."

Eventually, there may be a time in a dog's life where he may indicate by his behavior that it's time to let go, says Dodman.

"We listen carefully about what people are telling us about a dog's life and we look carefully at the dog," he says. "If they have reached a point where they have given up -- they're basically lackluster, not enjoying life, not playing, not interacting, haven't responded to any therapies, losing interest in food and social interactions -- and nothing you can do can bring them back, you have to think very seriously about what is the quality of life." 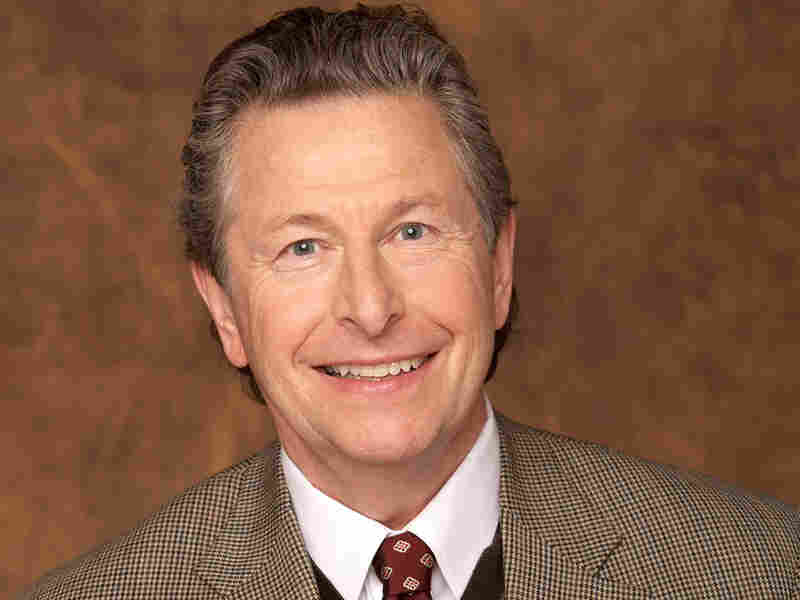 Of the 4 million dogs taken to shelters every year, 1 million are given up because their owners say they’re simply too old, says veterinarian Nicholas Dodman. Tufts University hide caption 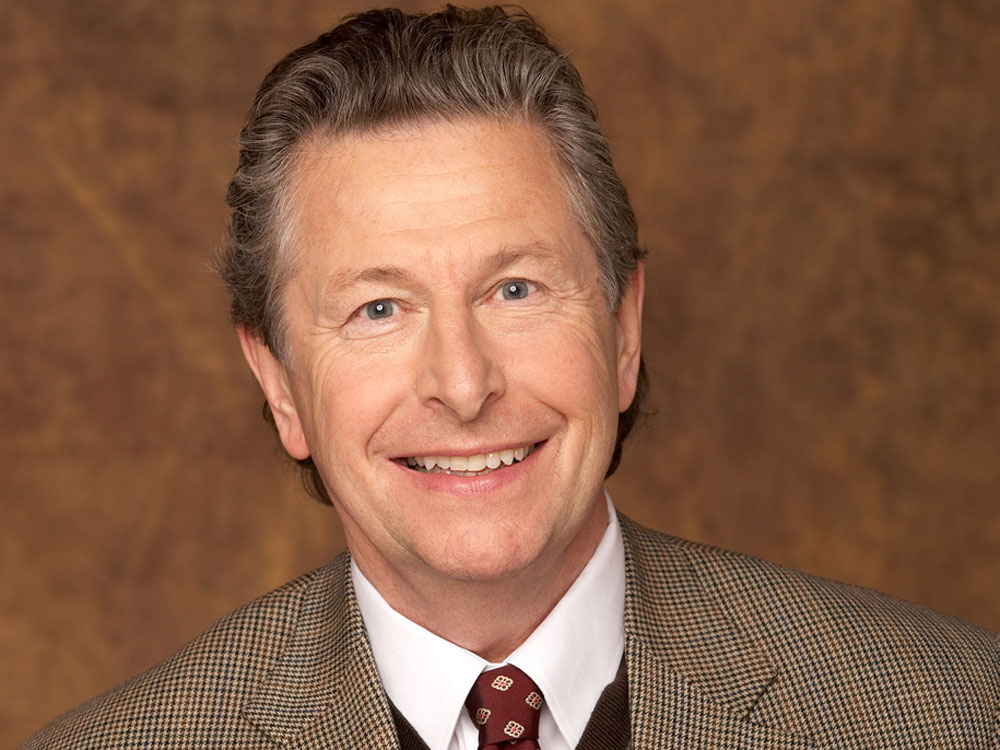 Of the 4 million dogs taken to shelters every year, 1 million are given up because their owners say they’re simply too old, says veterinarian Nicholas Dodman.

How to measure the age of your dog

"My dog does get table scraps and I'm proud of it. But you can't do this too much. It has to be regulated, especially if the dog is on some diet. You can really mess it up by feeding too much human food. The dog food is pretty well designed  to meet all the requirements for carbohydrates, fat and protein and all of the additives they need. The more of something else you give them, the more you can unbalance that equation -- plus, you don't want a dog that sits at the side of the table and begs during the mealtime."

"Most frequently, arthritis arises because of some condition that the dog had when it was very young which has now progressed. One condition, for example, is hip dysplasia, where the ball and socket joint of the hip is not properly congruous so the head of the femur bone is misshapen and doesn't fit properly into the socket. So there's a bit of moving around and over the course of years, you find these osteoarthritic changes that you can see on an X-ray. It's just like it's corroded and this becomes progressively more painful."

The very idea of a dog's "old age" is relatively new. It wasn't too many generations ago that dogs were still viewed largely as utilitarian workers, nonsentient creatures bred to keep a flock of sheep in line or spot prey. The notion of a dog having a comfortable, happy old age would never even have been considered.

Now, dogs are full-fledged members of the household, with a strong reciprocity of feeling between pet and owner -- so much so that research has shown that having a dog in the home reduces blood pressure and, thereby, the risk for heart disease.

Dog owners even report improved psychological well-being, largely attributable to reduced feelings of loneliness and isolation, as well as a reduction in stress. We know; most of us number among them.

Surely, many of those positive associations come from the relationships people develop with their pals as the years pass. There's something more serene, wiser, about an older dog, even one who still has plenty of energy. A dog you've had for more than just a handful of years can simply understand you better, accommodate your moods better.

Of course, too, there's extra closeness with a dog you've known for a long time. How could the bond not strengthen after one's four-legged friend has turned seven, ten, twelve years old? After all, the better part of a decade or more has been spent nurturing the relationship -- helping the dog grow from a "baby" who needed to be taught the rhythms of your home to a mature soul who can easily read your mood and provide comfort, protection, or simply good company whenever it is needed.

Perhaps you and your older dog have watched children go off to college together, grieved a loss, relocated, or dealt with a career change. Surely, you've taken walks by each other's side, watched favorite TV shows, greeted each other enthusiastically after a long day apart, and been a reassuring presence to each other at bedtime.

During checkups and other visits, we see the closeness in the way people interact with their more senior companions. There's a comfort level, a something that can be taken for granted, that isn't yet present between people and their younger dogs.

Bring into the mix that a pet is so innocent, so unquestionably devoted and accepting, and it's not at all surprising that even the toughest among us might blink back tears at the thought of a faithful companion getting on in years. Such emotion doesn't make us softies or weirdos; it makes us human. It's simply an indication that we're able to respond to all the depth of feeling a companion dog is able to elicit.

No wonder it has become important for people to increase not only a dog's life span but also their pet's health span, changing what it means to be geriatric. By the numbers, "geriatric" signifies the point at which 75 percent of one's anticipated lifespan has gone by. The good news -- what this book is about -- is that passing that milestone no longer means "over the hill." Sophisticated advances in veterinary medical technology help dogs remain healthier for much longer even as they reach significantly older ages, thereby compressing the amount of time a dog will be infirm or uncomfortable before reaching the end of life. Thus, just as silver-haired men and women in their seventies and eighties now go traveling and white-water rafting and lead active, fulfilling lives -- something that was once largely unthinkable -- twelve-, fourteen-, and sixteen-year-old dogs can now continue to enjoy their usual romps and shenanigans with the help of modern veterinary medicine. 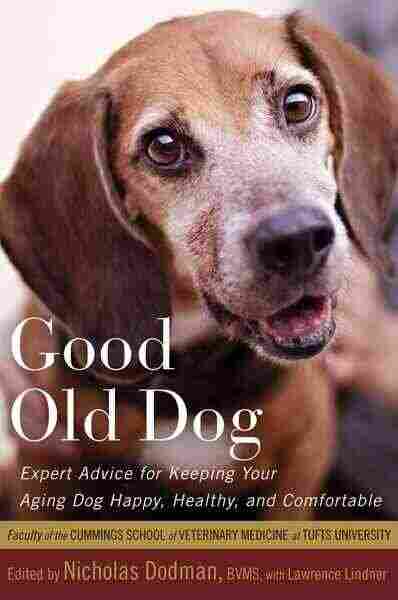