Accessibility links
Five MORE Tomes to See You Through Your Turkey Coma Once again, our comics blogger recommends five thick, richly immersive graphic novels you can polish off in a single afternoon on the couch this Thanksgiving weekend.

Five MORE Tomes to See You Through Your Turkey Coma

Five MORE Tomes to See You Through Your Turkey Coma 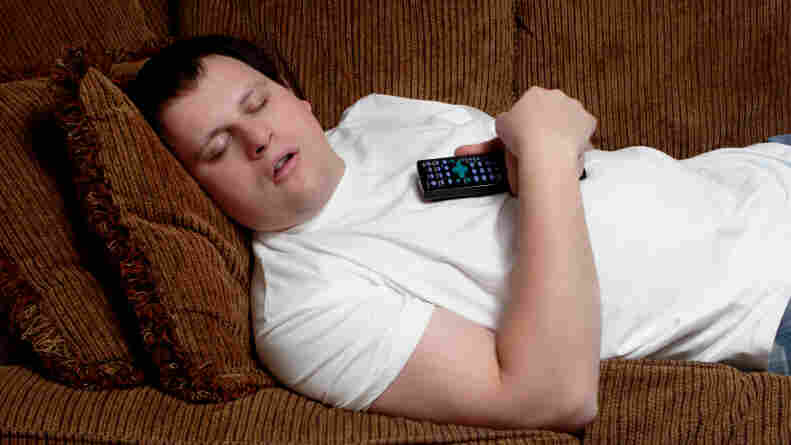 Is this how you envision the weekend after Thanksgiving? We can help. iStockphoto.com hide caption

We know the situation. You'll be facing it soon.

Thanksgiving is over, the long, starchy and somnolent Thanksgiving weekend has begun, and as topics of sparkling conversation go, Aunt Beth's recent knee operation has begun to pall. You're feeling logy, overstuffed and out-of-sorts, and you just want to park your tryptophan-riddled form on a nearby couch with a book.

Ah, but: There's lots to do this weekend, and you'll only be able to catch a few hours to yourself.

What you require, then, is a book that will whisk you away to another place, a place where nobody tries to push turkey sandwiches on you, and the people are smart enough not to discuss the grislier details of orthopedic surgery while people are trying to eat, AUNT BETH.

You need a thick, immersive book in which you can lose yourself for an afternoon -- but finish in time for dinner.

We've said it before (twice before in fact) what you need is a nice, thick graphic novel.

Here, then, are five more rich, satisfying -- and hefty -- comics that will do the trick.

This collection of three stories set in a Canadian farming community is a quiet, contemplative work of comic greatness. Writer/artist Lemire's distinctive visual style, and his willingness to build slooowly to the big moments, lets you know you're in the hands of a deft, confident creator.  The stories of his main characters -- a lonely young boy; a pair of bitterly estranged hockey playing brothers; and a country nurse whose ties to the community are deeper and more tangled than they seem at first -- weave together subtly, as do Lemire's themes of loss and loneliness. Poignant but never sappy, this is just beautiful comics.

Make Me a Woman by Vanessa Davis, published by Drawn and Quarterly

Vanessa Davis' words and images tumble across the page as if tossed by a breeze. But don't mistake the deliberately loose, freewheeling style of this pseudo-diary for aimless, stream-of-consciousness journaling; Davis knows exactly what she's doing, and is as comfortable laying out the straightforward story of a hilariously horrible date as she is creating a more expressionistic - and gorgeous - page. You'll see the influence of Lynda Barry and Roz Chast, but Davis' voice has a satisfyingly spiky, take-no-prisoners wryness that's all her own. 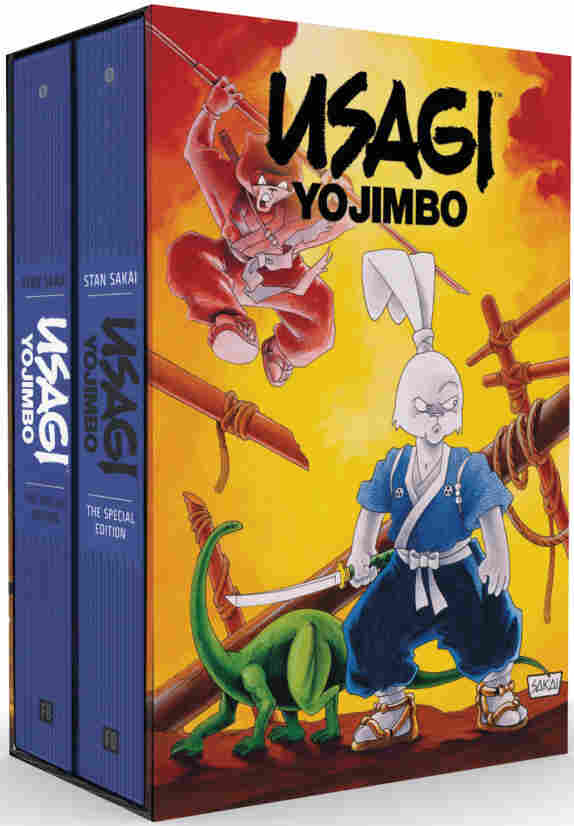 In honor of the 25th anniversary of this classic all-ages "funny animals" tale of Miyaomoto Usagi, a stoic samurai rabbit who roams 17th-century Japan, Fantagraphics has collected the first seven trades in a sumptuous 2-book, 1200-page hardcover edition. Which, uh ... won't be out until December. Until then, you can pick up a couple volumes and get a taste of Sakai's masterful, action-packed, richly detailed storytelling, and see why it's become such a beloved series. 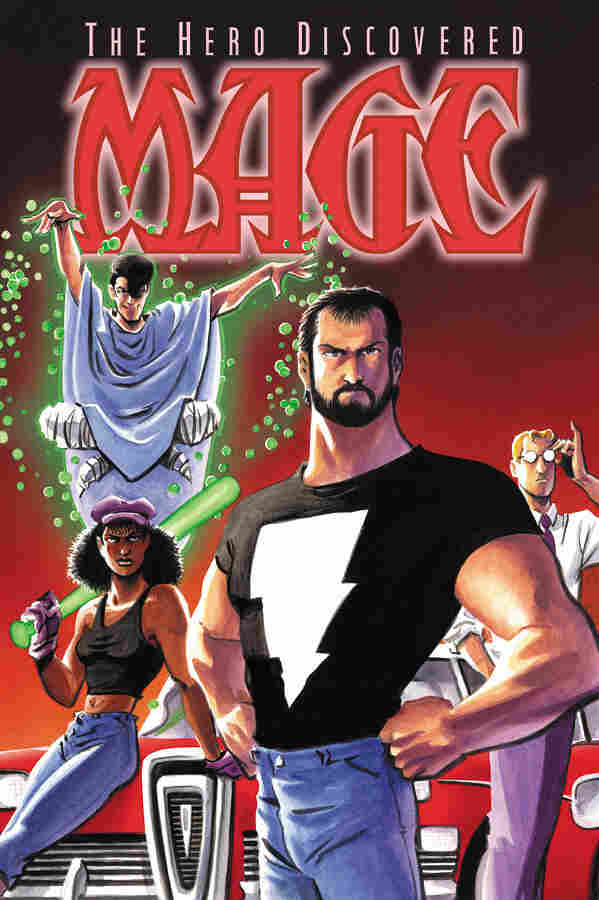 Image's re-release of Matt Wagner's 90's magnum opus Mage as a trilogy of hardcovers gives new readers a chance to watch a young creator steadily evolve into his considerable gifts. In this first collection, Wagner's anatomy goes a bit wonky in places, and his dialogue occasionally drives his themes home with a dull thud, but it doesn't take long for the sheer, headlong momentum of this massive tale -- involving magic, demons and an Arthurian modern-day hero wielding an enchanted baseball bat -- to kick into high gear. 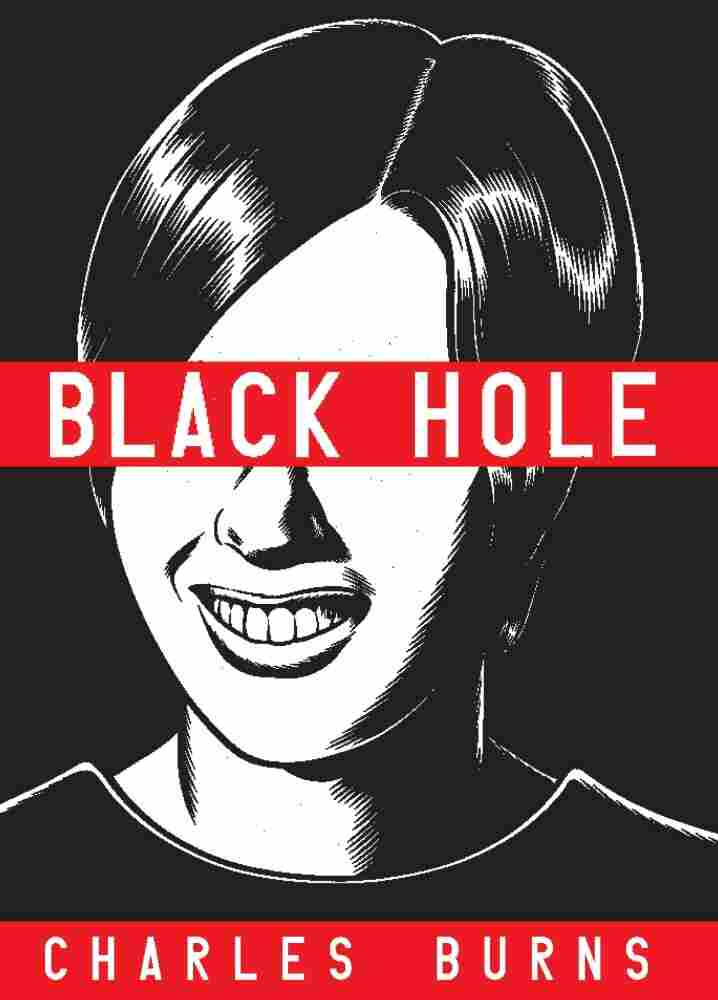 Maybe the warmth of home and hearth and family is sticking in your craw, this Thanksgiving. Maybe it's whetted your appetite for something dark, twisted and grotesquely funny. Meet Black Hole, Charles Burns decidedly adult (don't let Aunt Beth look over your shoulder) graphic novel about teenage angst, unrequited love and a sexually transmitted plague that disfigures its victims. Burns' art is, as always, unnervingly precise in the way it depicts nightmarish mutations and cringeworthy sex. (Pantheon just publishes a new Burns book, the slim X'ed Out, which sees Burns riffing on Tintin comics ... and, yes, nightmarish mutations.  But it's only an appetizer; if you're looking for a substantial read that's both deep and deeply unnerving, Black Hole's the meal for you.)