Accessibility links
Why Now For North Korea's Provocation? North Korea's artillery attack on a South Korean border island comes during a difficult period for the isolated regime in Pyongyang. It is undergoing political succession and facing new food shortages. In the past, weakness and uncertainty have sparked provocations like Tuesday's attack. 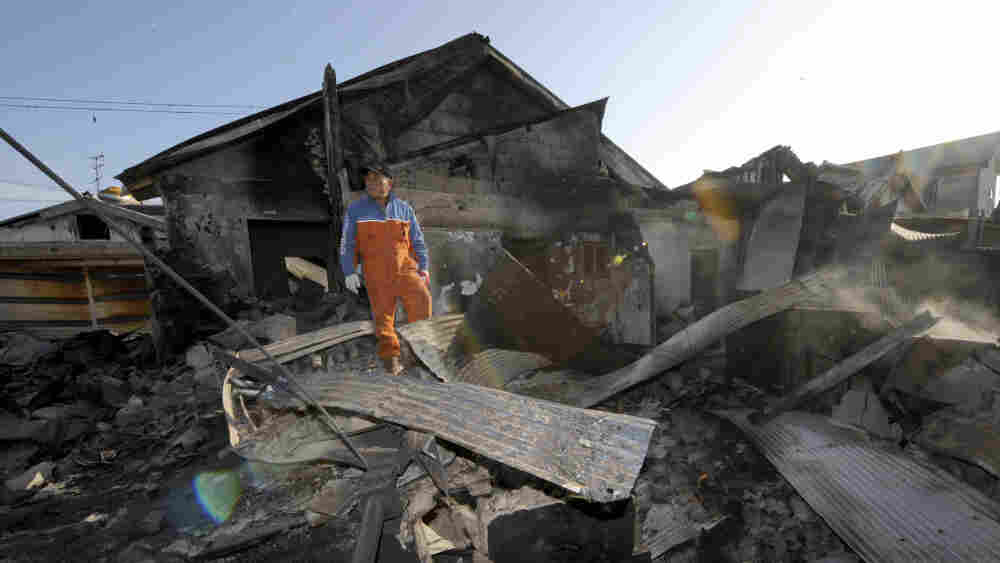 A South Korean resident stands on the rubble of a destroyed house on the island of Yeonpyeong. North Korea's recent shelling of the small island, which has left four dead, follows a pattern of provocative actions by leadership in Pyongyang during periods of weakness and uncertainty. Yonhap/AP hide caption 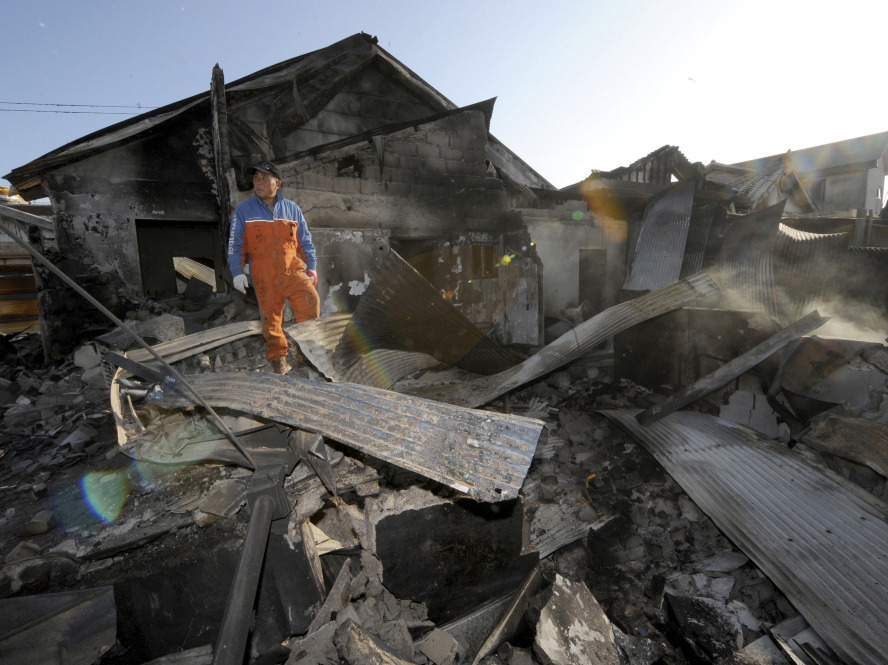 A South Korean resident stands on the rubble of a destroyed house on the island of Yeonpyeong. North Korea's recent shelling of the small island, which has left four dead, follows a pattern of provocative actions by leadership in Pyongyang during periods of weakness and uncertainty.

North Korea's attack on the South Korean island of Yeonpyeong comes during a difficult period for the isolated regime in Pyongyang.

It is going through a process of political succession, with North Korean leader Kim Jong Il seeking to ensure that his son Kim Jong Un is the country's next leader. At the same time, North Korea is facing new food shortages. In the past, weakness and uncertainty have sparked provocations like the Nov. 23 attack.

North Korea claims its shelling of a small island off the west coast of the Korean peninsula was a response to South Korean military exercises as well as fire from the South Korean side.

But this was a well-known military exercise that occurs every year, says Daniel Sneider, a Korea expert at Stanford University's Shorenstein Asia-Pacific Research Center.

More On Tension On The Korean Peninsula

"The North Korean artillery fire on the South Korean island seems to be entirely unprovoked, not a response to any specific incident," says Sneider. "But [the attack] may be timed to the exercise in order to give them the cover of claiming that they were responding in some way to South Korean actions."

Sneider points out that North Korea has engaged in provocative actions like this before, usually when the leadership in Pyongyang felt itself weak and threatened. He believes that is the case now, starting with Kim Jong Il's effort this year to install his youngest son as North Korea's next leader.

"There's a weakness associated with trying to secure his succession," Sneider says. "And there's clearly a severe economic situation, an ongoing economic crisis in North Korea, but one that's taken on an even more exacerbated form recently in terms of food shortages," which have been reported by the United Nations World Food Program and others.

At the same time, recently there has been much more contact between the governments of North and South Korea, with North Korea pressing for aid in the form of food, fertilizer and money. South Korea's conservative government has been reluctant to help.

Where the United States stands is not entirely clear. The Obama administration does not look like it is eager to return to talks with North Korea, with a State Department spokesman saying this week that the U.S. has no interest in rewarding North Korea's bad behavior with a return to negotiations.

The U.S. special envoy for North Korea, Stephen Bosworth, was in Beijing when the North Korean attack occurred.

"The U.S. strongly condemns this aggression on the part of North Korea, and we stand firmly with our allies," Bosworth said, reiterating U.S. support for South Korea.

Yet Bosworth also indicated there is some interest on the part of the U.S. to resume negotiations with North Korea.

[A sense of crisis] compels [South Korea, the U.S., and other countries] to come to the table in order to stop the sort of bad behavior that the North Koreans are engaged in.

"The North Koreans in the past have tried to ratchet up crises on the eve of talks in order to gain -- in their view -- some sort of negotiating advantage," says Revere, who thinks the recent attack may be part of such an effort again.

Revere also points to recent tours of North Korea's nuclear facilities by visiting Americans as part of efforts to gain an upper hand in pending talks.

The tours occurred just last week, when a former director of the Los Alamos National Laboratory was allowed into a new North Korean nuclear facility dedicated to uranium enrichment. This facility was unknown to the West before the visit and is clear evidence that North Korea, for at least the last two years and possibly longer, has been developing the capacity to enrich uranium in secret.

All of this taken together, says Revere, suggests strongly that North Korea is once again using brinksmanship to wring concessions from its adversaries.

"Crisis means concessions," he says. "To the extent that they can exacerbate a sense of crisis in the atmosphere between themselves and South Korea, the United States, and others, it compels those countries to come to the table in order to stop the sort of bad behavior that the North Koreans are engaged in."

With its artillery attack, coupled with revelations about an expanding nuclear program, North Korea has certainly heightened the tension and aggravated a sense of crisis.

For the moment there is no certainty this crisis will lead to renewed negotiations. And that could heighten the tension even further.