In the age of the Kindle, handcrafted book projects by artists are again on the rise. A new work, Dirty Baby, takes that idea to the next level. The book, which has two sides like a record, features poetry and recordings of original music, inspired by work from seminal Los Angeles visual artist Ed Ruscha. The book's producer calls it a "trialogue."

Iconic Los Angeles painter Ed Ruscha describes Dirty Baby as three clowns coming together. It's based on his so-called censorstrip paintings from the 1980s and '90s.

"You get three crazy people together like this to make a book and, well, it's a new kind of thing," Ruscha says.

The two other clowns in question are guitarist Nels Cline, who splits his time between the rock band Wilco and his own free jazz group The Nels Cline Singers, and writer and producer David Breskin.

"When different art forms get together and mate, the offspring you get is not pure; it is a mutt," Breskin says. "It is a raunchy, down and dirty, complicated, noisy, noisome, voluptuous and perhaps really interesting mutt."

"[Breskin] presented this idea of poems, of ghazals, that sent me right running to the dictionary, and I didn't quite understand this form I hadn't heard of before," Ruscha says. "I knew it was something like a haiku."

Something like a haiku, but not exactly. More like a series of couplets that rhyme not at the end but in the middle.

"So in this case, I found a very restrictive, repetitive form; a poetic form that I felt was as tight and limiting as Ruscha's own formal language," Breskin says. "Because Ruscha's language is very, very specific." 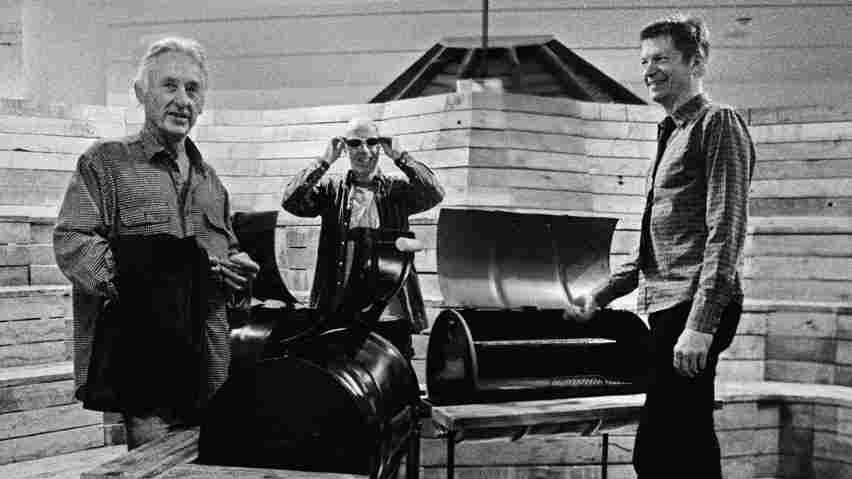 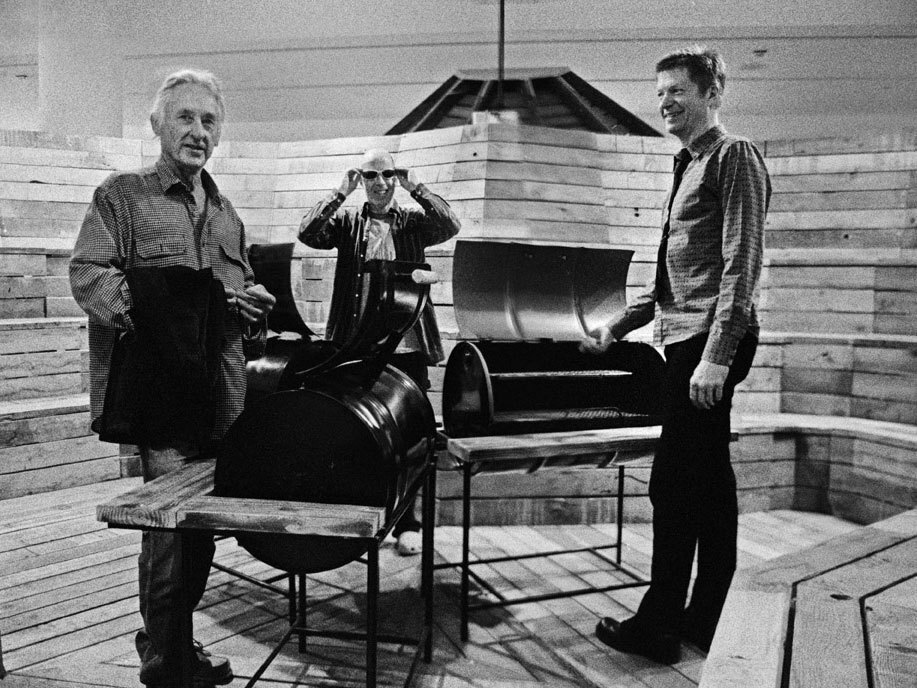 Ruscha's visual language incorporates cityscapes -- gas stations, buildings on Sunset Boulevard -- and sometimes just text. But the 66 paintings in Dirty Baby border on pure abstraction. They have no text except in the titles. Many also have no images, except rectangular blocks on color fields -- the censorstrips -- that suggest where words would be.

"My works are a lot of the time based on blind faith and instant inspiration and foolish things that bounce off the walls and the pavements, and I just grab these things and use them," Ruscha says. "And they seem to fit a pattern of some trail I'm on that I don't always understand, but it's OK by me."

It was up to Breskin to find a pattern in these works. Not only did Breskin write and record poems based on each image, but the former journalist and novelist also structured the images into two narratives, using themes from Ruscha's work. He passed those storylines along to Cline.

"He was sending me Ruscha books in the mail so I could become familiar with Ruscha and his work," Cline says. "I was very familiar with Ruscha's work, having lived in L.A. and worked in an art bookstore for years. I remember when the small art books he published himself were in hip bookshops as an impulse buy."

Cline wrote one long suite to illustrate the 33 images on Side A, ordered in what Breskin calls a time-lapse version of Western civilization. The piece starts simply, with acoustic guitar and harmonica, and moves to an electronic, industrialized sound.

Side B of Dirty Baby takes on America and the conflict in the Middle East. Breskin built it around Ruscha's Citiscape works, which use threats and gangster language -- like "Be Careful Else We Be Bangin On You" -- as titles. Cline wrote 33 distinct compositions corresponding to each image and poem.

"I knew that there were going to have to be Middle Eastern musical flavors; that there was gonna be some metal," Cline says. "At least that was my idea, since we're torturing people with heavy metal. And we talked about film noir because of the threats -- a lot of these are dialogue from film noir, and film noir soundtracks are among my favorites."

After the record was finished, Dirty Baby took to the stage for a concert performance in Los Angeles. Breskin read his ghazals. Cline conducted two ensembles playing his music. Ruscha sat in the audience and saw his pictures projected above it all.

"It doesn't make me learn anything more about my own incompetence and stance as an artist," Ruscha says with a laugh. "But it really adds something to see him riff on these images -- it's someone else's take on my work that I don't often get to see."

Ruscha says he was pleased, but adds that he listens mostly to 1960s R&B these days.