Accessibility links
Pink Martini: International Spice On The Traditional Egg Nog Stores may have just begun to hang holly, but the orchestral group has been in a festive spirit all year long. They've recorded a new album that explores the holiday season within a global context. 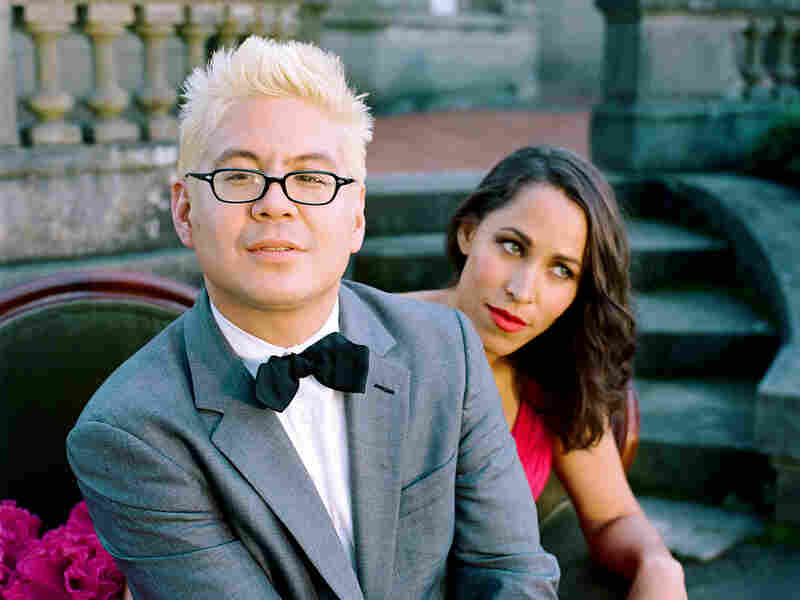 Pianist Thomas Lauderdale and vocalist China Forbes say the members of Pink Martini sat down and wrote a list of their favorite holiday songs before they began writing their new album, Joy To The World. courtesy of the artist hide caption 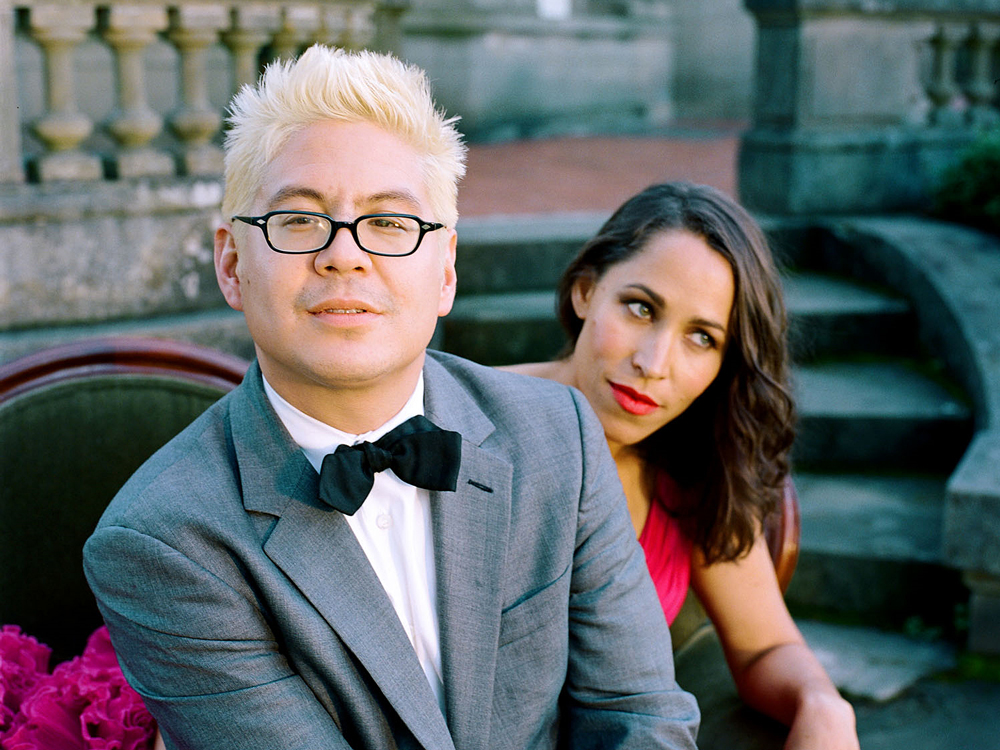 Pianist Thomas Lauderdale and vocalist China Forbes say the members of Pink Martini sat down and wrote a list of their favorite holiday songs before they began writing their new album, Joy To The World.

When does Christma-Hanu-Kwanizka begin? No wonder they call it the holiday season.

Stores seem to start hanging holly, lighting menorahs and putting jolly fat guys in their windows the day after Labor Day. But the spirited band Pink Martini has been in the holiday spirit all year long, having recorded a holiday album, Joy to the World.

"We would practice late at night," Lauderdale said. "She'd sing opera arias at the top of her lungs, and I would be her little accompanist."

The band was meant to serve as a political fundraiser, but Lauderdale saw it growing into a full-fledged musical act. Unhappy with his lead singer, he called Forbes to convince her to sing for the group. Forbes didn't hesitate, and eventually became a full-time resident.

"I was doing theatre at the time, so I was unemployed," she said. "I took the first flight out of there and learned the songs on the plane."

The group's membership has expanded considerably since then. For Joy To The World, they even enlisted the help of Ari Shapiro, NPR's White House correspondent. As a group who "vowed never to do a holiday album," says Lauderdale, interest from Starbucks helped convince the band otherwise.

"Everyone sat down and wrote a list of their favorite Christmas songs," Forbes says, "It was a fun process, because it wasn’t like the pressure of writing an album full of songs. It was like culling from your childhood favorites."

A number of songs on the holiday-themed album are taken from other countries or are sung in languages other than English. Some come entirely from different cultures, including a Ukrainian bell choir, a Chinese New Year song and one track spoken in Ladino, an ancient language used by Sephardic Jews in the 15th century.

But plenty of American classics have made their way onto the record, many chosen from a specific era.

Then there's "Do You Hear What I Hear." Written by Noël Regney and Gloria Shayne Baker in 1962, Lauderdale finds the history of the track fascinating.

"It was inspired by two things," he says. "It was written in response to the Cuban Missile Crisis, and it was also inspired by the authors watching mothers walking their children in strollers in Central Park. One could bask in the glory of how beautiful that song is without ever knowing any of the history, but knowing the history of it only deepens the meaning of these pieces."

Forbes says holiday music is sacred, noting that most people have certain memories associated with the songs, as well as shared feelings.

"I'm not religious, but the closest I ever feel to spirituality is through music," Forbes says. "So at Christmas, singing holiday songs, that’s religious to me."