Accessibility links
Amid Rising Demand, Price Of Coffee Beans Soars Brazil, the world's largest coffee grower, is soon expected to consume more coffee than the U.S. Then there are new coffee drinkers in India and China whose expanding economies have already pushed up prices for raw materials like corn and cotton. Now, it's coffee. 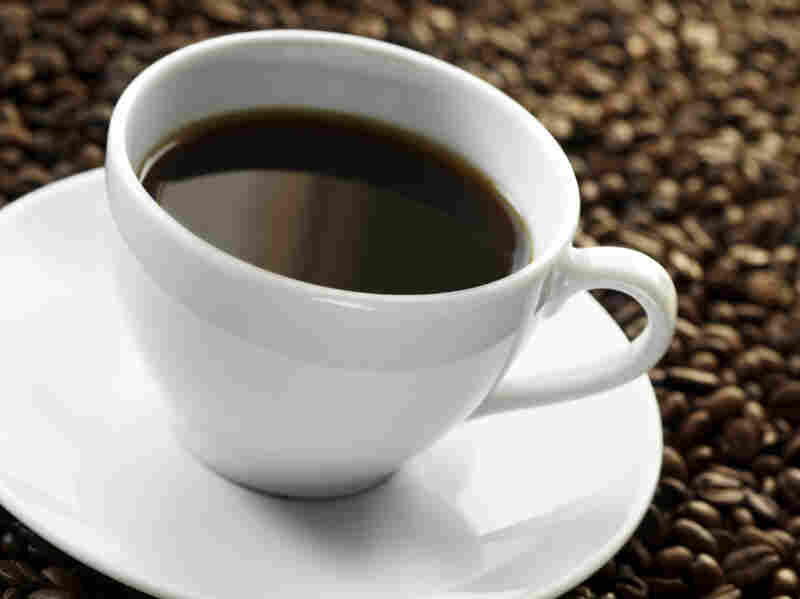 A cup of coffee could soon cost you more. Prices for green coffee, the unroasted beans, have soared more than 50 percent over the past year. iStockphoto hide caption

More than half of American adults drink coffee on a daily basis -- a routine that could start costing more. Prices for green coffee, the unroasted beans, have soared more than 50 percent over the past year.

There was a time when coffee was a much simpler affair, but not anymore. Now you can order coffee from specific countries.

"I don't think they are afraid to spend their money if they know they are getting something worthwhile or good or sustainable," said co-owner Caroline Bell.

You might think that at these prices, the coffee business is a lucrative one. But with high labor costs, steep rents and now prices for raw beans at 13-year highs, profits can be slim.

Donald Schoenholt knows this. He owns Gillies Coffee Co., a specialty wholesale roaster in Brooklyn, N.Y., that was founded in 1840.

In the room where he stores the green coffee, beans are piled high in burlap sacks stamped with the names of faraway locations like Guatemala and Indonesia.

Schoenholt is roasting beans from Honduras, 600 pounds at a time.

"It is kind of like making a toasted marshmallow over a campfire. It takes a few minutes to get that marshmallow to turn white to tan, and then if you blink, it catches fire and falls into the fire," Schoenholt says.

With nearly 50 years in the business, Schoenholt has seen prices rise and fall before. But now, there's a fundamental shift in the market.

Brazil, the world's largest coffee grower, is soon expected to consume more coffee than the U.S. Then there are new coffee drinkers in India and China whose expanding economies have already pushed up prices for raw materials like corn and cotton. Now, it's coffee.

"As China becomes more and more middle class, they want to emulate European and American ways, and that means drinking coffee," Schoenholt says.

"In Colombia, Costa Rica, Guatemala and several other coffee-producing nations, there have been smaller crops coming out," he says.

Bad weather is one reason. But even when you look back over the past several years, overall coffee production hasn't increased much. Simply planting more coffee trees won't lower prices because it can take up to five years before they start producing beans.

The soaring prices of coffee have also attracted the attention of investors -- and speculators -- betting on higher prices. Schoenholt tracks prices at the Intercontinental Exchange, where coffee futures are bought and sold.

"There is so much money now in coffee that I have to now look at it and believe this is not coffee roasters that are pushing the price up because of their customers' needs, but rather money coming in from money funds that is jigging the price up," he says.

Already, major brands like Maxwell House and Folgers have increased prices. Starbucks says it will charge more for certain coffee drinks. Schoenholt expects he will have to raise his prices, too, as does Bell at Cafe Grumpy.

"I never worry about consumers giving up on coffee," he says. "I think it is so ingrained in the American lifestyle that they will always reach for a cuppa."

If prices keep rising, they may be more likely to reach for that cup at home or settle for a smaller size.