Accessibility links
Counting The Reasons Why Deficits Keep Growing How did the world's most powerful government end up with deficits so threatening and large? The financial crisis is partly to blame for the federal red ink, but so are the promises made to American retirees. 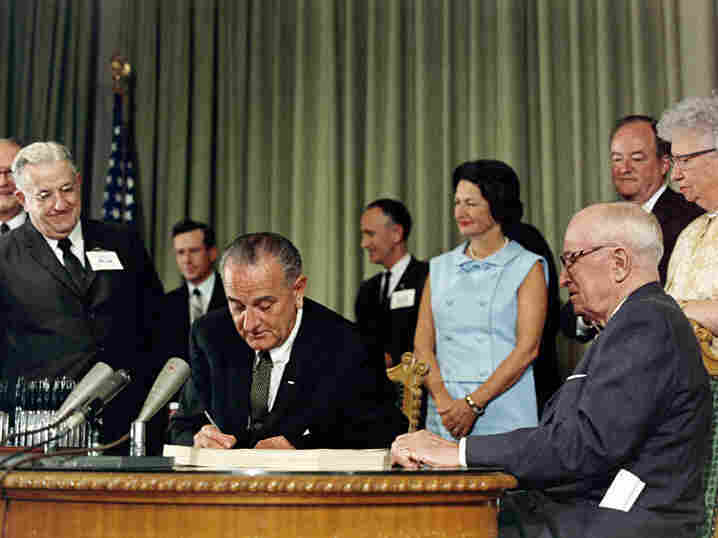 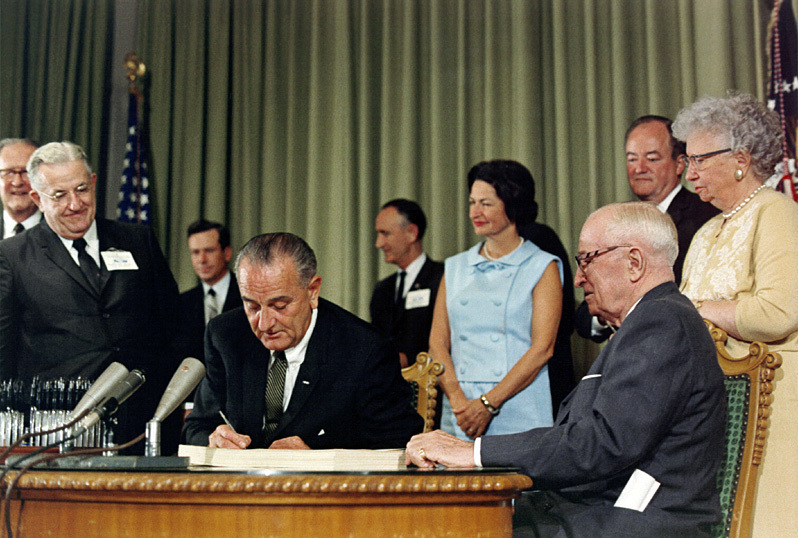 Wednesday is the deadline for President Obama's fiscal commission to come up with a plan to cut the deficit. It's not the first time a commission has been asked to put America's finances on a sound footing. The ghosts of previous efforts haunt the halls of Washington a little like the ghost of Jacob Marley haunted Ebenezer Scrooge.

Over the next couple of days we'll borrow a little from the Charles Dickens holiday classic as we explore the challenge of ballooning deficits, and the search for solutions. First, NPR's John Ydstie examines the fateful decisions that led to the nightmare of trillion-dollar deficits for U.S. taxpayers.

There is no shortage of Marley-like spirits warning Americans of the dangers of deficits.

"We confront a quiet killer that is eating away at the foundation of America," said former Sen. Pete Domenici, leader of one of the many deficit cutting groups.

Your Turn To Tame The Debt 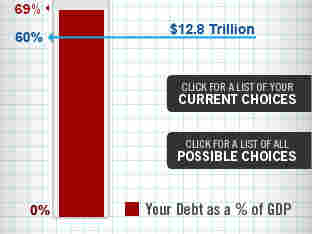 The Committee for a Responsible Federal Budget

The Committee For A Responsible Federal Budget and the Center For Economic And Policy Research offer interactive tools to let you try your hand at cutting the national debt and annual deficits by making the tough choices needed.

But how did the world's biggest economy and most powerful government end up with deficits so threatening and large? After all, it was just 10 years ago that the Clinton administration handed off a large surplus to the new president, George W. Bush. Those surpluses were projected to continue, says Maya MacGuineas, president of the nonpartisan Committee for a Responsible Federal Budget, but they didn't.

"We were running deficits in the past decade when we shouldn't have been," she says.

MacGuineas says the deficits of the past decade were produced in a number of ways.

"They came from tax cuts that weren't paid for. They came from fighting two wars without paying for them, when normally in our past, we have. They came from the addition of things like the prescription drug program -- not paid for -- and high growth in government spending in general," she says.

As a result of that uncontrolled deficit spending, says MacGuineas, the government was taking on more debt when it should have been saving to prepare for the big Medicare and Social Security payouts it has promised to current and future retirees.

Even so, the accumulation of debt over the past decade might have been manageable. But then, the financial crisis hit. Millions of people lost their jobs, quit paying income taxes and started collecting government unemployment benefits. Bailout bills and President Obama's giant stimulus package sent the deficit even higher.

How To Get Out Of Debt?

A look at the groups releasing proposals about the nation's fiscal situation:

Recommendations: The final report from the president's deficit commission is supposed to come out by Dec. 1. But the co-chairmen released a draft proposal that would cut domestic and military spending, reduce benefits for some future Social Security recipients, and simplify the tax code. They also gave more than 50 examples of how to get $200 billion of spending out of the budget by 2015 in domestic and military cuts.

Recommendations: The group is set to release its report on Wednesday, but Rivlin said it will have a "much simpler, lower [tax] rate, broader base income tax and corporate income tax with a considerably lower corporate tax rate that will bring us back into the range that other countries are in." It will also include a consumption tax, she said.

Recommendations: On Nov. 10, the group released a report calling for a reform of the federal budget process by implementing "fiscal targets, budgetary triggers, and increased transparency." The commission recommended that the debt be stabilized at 60 percent of GDP by 2018.

"All of these factors came together and just piled on the trillions of dollars of debt," MacGuineas says. "And our debt climbed to levels that are well above the historical averages, and the problem is it's on a trajectory to grow even more."

Just 10 years ago the national debt was $6 trillion. Today, it has more than doubled, to $14 trillion. That's a debt burden that has some bond investors beginning to wonder whether the U.S. government will fully repay them.

So the financial crisis, and the unfunded wars, tax credits, and spending of the past decade are responsible for our current deficits, but by far the biggest driver of future deficits are the promises made to American retirees.

"No longer will older Americans be denied the healing miracle of modern medicine," President Lyndon Johnson said at the signing of the Medicare Act in 1965. "No longer will illness crush and destroy the savings that they have so carefully put away over a lifetime so that they might enjoy dignity in their later years."

But now the cost of Medicare threatens to crush the whole federal budget. And Social Security benefits for the baby boom generation will add to that burden. Fortunately, there are many ways to fix Social Security's shortfall; for example, modestly raising payroll taxes, cutting benefits or raising the retirement age. But Medicare is a different story, MacGuineas says.

"When it comes to Medicare and health care in general, we just don't know how to fix it," she says.

While a growing population of elderly is part of Medicare's problem, the largest threat is the rising cost of health care. If those cost increases remain unchecked, Medicare and Medicaid, the health program for the poor, could consume nearly a third of the total budget just 10 years from now.

Americans can take some consolation that the deficits caused by the financial crisis are mostly temporary. They'll go away as the economy recovers and people go back to work, and start earning money and paying taxes again.

It won't be so easy to close the deficit gap opened by the tax cuts and new entitlements enacted during the George W. Bush administration. Real spending cuts or added revenues will be required for that. But without a doubt, the biggest challenge for deficit wranglers is reining in the long-term growth of entitlements for the elderly. The president's fiscal commission hopes it can deliver a road map to lower deficits and debt later this week.

Tonight on All Things Considered, the politics of the present creates the pressure for deficit reduction.