Accessibility links
Boy An Icon For Childhoods Lost In Holocaust In The Boy: A Holocaust Story, Dan Porat tells the story behind a photo taken during the liquidation of the Warsaw ghetto that shows a young boy raising his arms in surrender to an SS soldier. Porat says the image represents the traumatic experience shared by many. 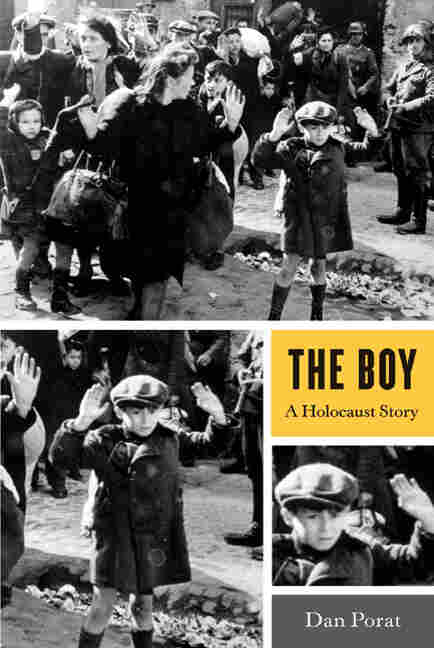 The look of terror and confusion blankets a young boy's face as he raises his arms in surrender to a German soldier pointing a gun at him.

The image, captured in a photograph during World War II, has been seared into the minds and souls of millions since it was seen. But the identity of the little boy — his thin, fragile legs visible beneath a long coat — remains unknown.

And as historian Dan Porat tells Scott Simon, his name will likely never be known.

"The only thing we can say definitely about [the little boy] is that he is in all likelihood younger than 10 years old, because he doesn't have a Star of David on his clothing," says Porat, a professor at the Hebrew University of Jerusalem.

Porat took a deep look at the photo for a new book, The Boy: A Holocaust Story. In it, he tries to uncover what happened to the boy, the soldier who pointed the gun, the man who took the photograph and the history of others involved in the liquidation of the Warsaw ghetto.

The photo was included in what Porat calls a "victory album" submitted by SS Gen. Jurgen Stroop to the Nazi leadership in Berlin. Stroop was in charge of moving Jews from the ghetto to death camps. He promised to do it within three days; it ended up taking him more than four weeks.

"Stroop was mostly concerned about fulfilling and achieving and promoting his own career," Porat says. "And this report, in part, was an attempt to rehabilitate his inability to fulfill this mission within three days. Stroop was also trying to convey his control of the forces, his control of the evacuation of the Jews in an orderly manner."

The photo was one of 52 photos in the report, Porat says, and likely taken by Franz Konrad, an administrative officer in the SS. After the war, Konrad stood trial with Stroop and was convicted of killing seven Jews and sending 1,000 others to death camps. He was executed with Stroop in March 1952.

Porat says none of the Jews in the photo can be identified, but the soldier pointing the rifle was Josef Blosche, who was picked up years after the war by the East German secret service. While being interrogated, Blosche was presented the photo.

"On the back of that photo ... he wrote in his handwriting, 'I am the SS man with a rifle in his hands in a combat position and with a helmet on his head, aiming my rifle at the little boy.' Signed Josef Blosche, Berlin," Porat says.

Blosche was sentenced to death for war crimes and executed in 1969.

Porat says he knows of at least eight claims to the identity of the boy in the photo. Many people believe a physician in New York named Tsvi Nussbaum is the boy, but Porat says Nussbaum himself took that claim hesitantly.

"Unfortunately, I believe he is not the little boy," Porat says, "although this photograph very much represents his traumatic experience ... in the Holocaust."

It's fitting that we are not able to personalize the photo too much, Porat says.

"This photo has become an icon. This is a photo that represents so many survivors whose childhood was robbed away from them by the German Nazis. And this boy stands for that childhood that went missing." 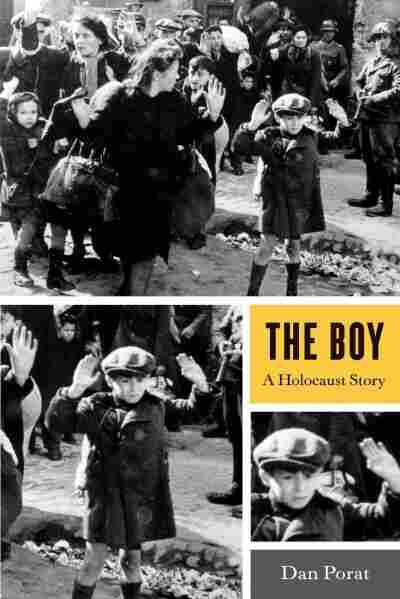