Accessibility links
Politics And Music In Wyclef Jean's Haitian Experience Following the 7.0 earthquake in Haiti, the Haitian-American singer ramped up his charitable efforts for the country and tried to run for president. He was disqualified, but the experience inspired him to record a new EP, titled If I Were President: My Haitian Experience. 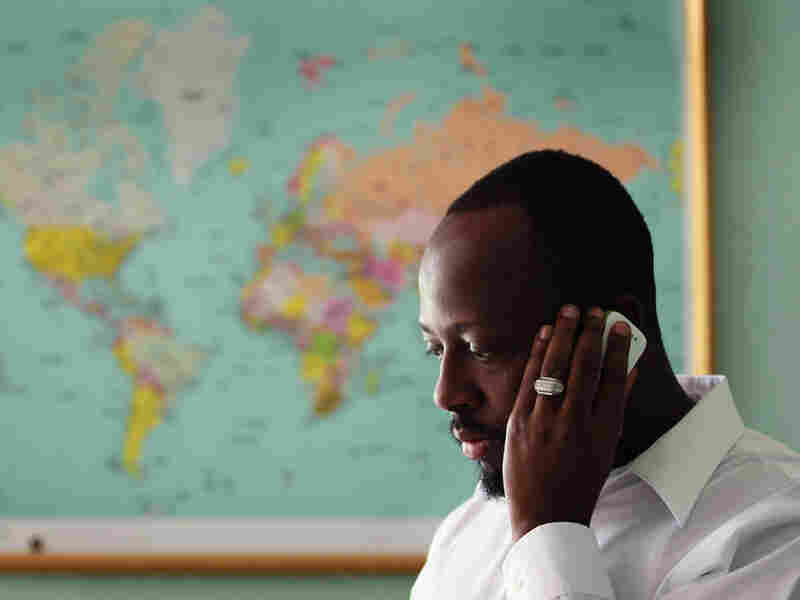 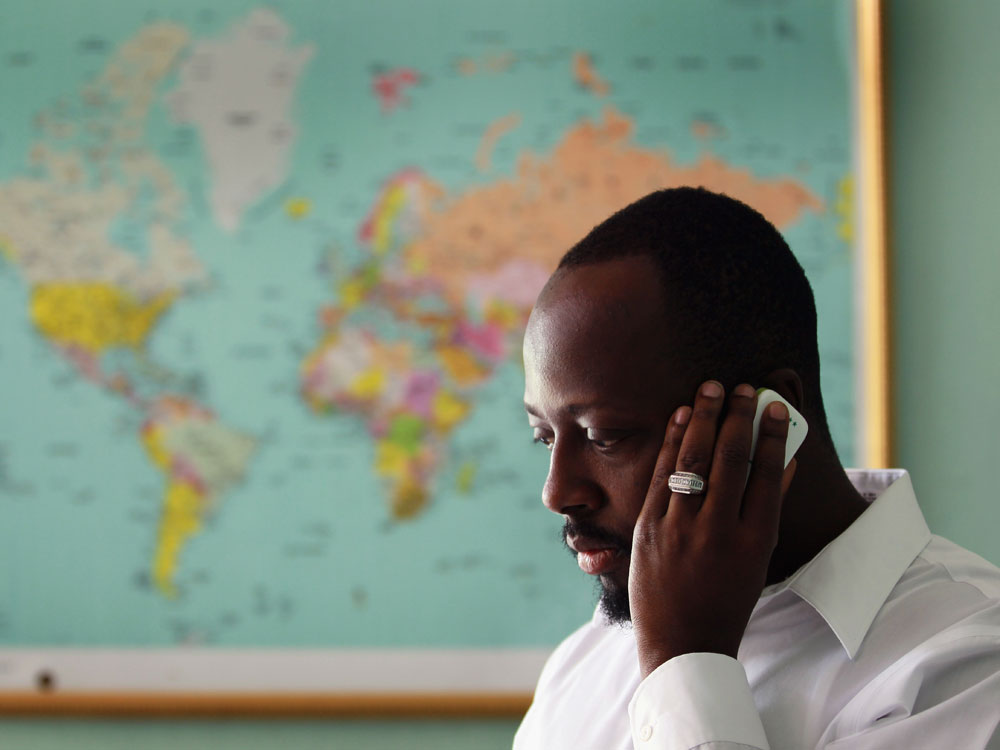 Singer Wyclef Jean on the phone with the office of Haitian President Rene Preval.

On Jan. 12, a magnitude 7.0 earthquake struck Haiti. The next day, Haitian-American singer Wyclef Jean arrived to find the country of his birth in ruins. The experience led him to ramp up his charitable efforts -- and eventually, to throw his hat in the ring to become the country's president.

Haitian elections are Sunday, but the name Wyclef Jean won't appear on the ballot. His permanent residence in New Jersey disqualified him.

It's been a whirlwind year for Jean, and he's put it all down in song. His latest EP, If I Were President: My Haitian Experience, will be released in a couple weeks.

Jean says he writes a song a day, but it took him a while to begin writing about the carnage he witnessed in Haiti.

"After the quake, picking up bodies on the ground, seeing children being brought to morgues. I came back to the states -- it really was post-trauma stress. I really didn't feel it till weeks later," he tells Weekend All Things Considered guest host Audie Cornish. "My only therapy was getting a pen and a paper and just expressing what I felt."

Hear Wyclef Perform In The Studio

Jean says music helps him to make sense of what is happening in his country.

"I think in the same way that music helped Bob Marley make sense of what was happening in his country at the time, you know. ... The way that I can get people to pay attention is through these real melodic tones," he says. "And hope once I hypnotize them inside of the tone, they can start paying attention to what's going on."

The new EP draws tones and influences from a diverse mix of artists. On the song, "Election Time," Jean uses tape from both Fela Kuti's "Zombie," and Pink Floyd's "Brick in the Wall."

"You know with my brain -- the Wyclef Jean brain -- they call me Mr. Eclectic," Jean says with a laugh. "But they meet ... in a political space ... because Fela was very political in his country, you know? When Nigeria was going through a bad time, he used his music to transform his message."

Jean's experience in Haiti after the earthquake not only inspired his music, but also his political aspirations. Jean says despite his official residency in New Jersey, he should have been allowed to run for president in Haiti because he has residency there, too.

"In the Haitian constitution, it says that you have to have had residence in the country in the course of five years. [You must have] a domain, meaning a piece of property that you're paying taxes on to show that you have business which is active and you're coming in the country back and forth," he says. "If this was not the case, the entire parliament couldn't run for office, because half of the year they're in Miami. The law has to apply for everyone, not just one group of people."

Being ineligible to run for president hasn't stopped Jean from working in the country. His charity, Yele Haiti, is working with the nonprofit group Partners in Health to help with the recent cholera outbreak.

"My work in Haiti has not even started," he says.